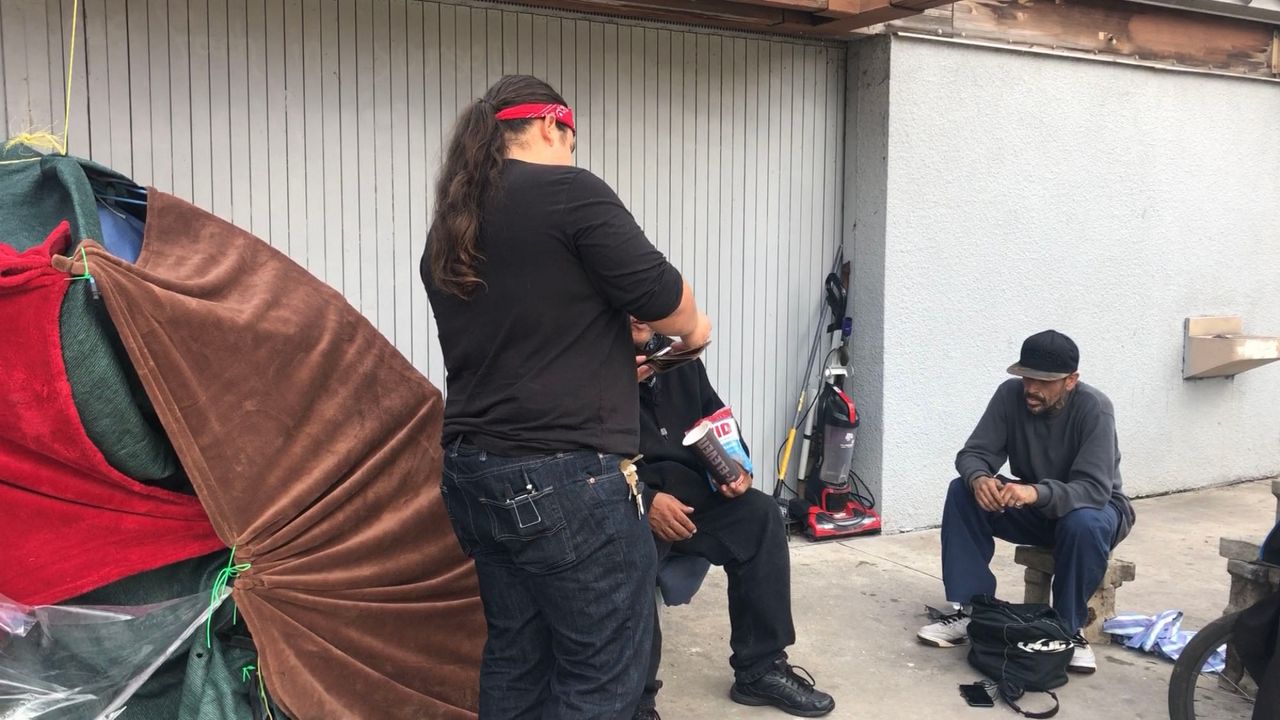 What the Homelessness Crisis Looks Like in San Bernardino

SAN BERNARDINO, Calif. — A walk through the park and a red bandana in hand is a daily routine for Levi Deatherage.

He wears the bandana as a means to stand out in areas like Seccombe Lake in San Bernardino — an area known for its poverty. The bandana sets Deatherage apart in a place where he has quite a bit in common with the people living there.

“I remember being 15-years-old and sleeping on a park bench," he said. "So, I look at things like this and it’s absolutely a reality. I am faced by [my] own triggers every single day.”

The 22-year-old may now serve as the outreach coordinator for the Family Assistance Program, but just a few years ago, he was homeless. His reality as a teenager included things like drugs, gangs, and jail time.

That time in his life is what's since shaped his desire to give back.

Now, in his role at the local community center, Deatherage coordinates the team's street outreach — providing hygiene kits for the local community. He also serves as the Youth Advisory Board Chair for the California Coalition for Youth.

He's pretty frank if you ask him to describe the homelessness crisis in his hometown.

"Homelessness just keeps increasing," he said. "Our funding stays relatively stagnant while the issue continues to grow at an almost annual rate. [It comes down] to the fact that housing is too expensive, jobs are too scarce, and people just don't care about people.”

San Bernardino County saw a 23 percent jump in the homeless population from 2018 to 2019. The numbers reflect a crisis throughout the nation. A recent White House report said one in four people across the country are homeless.

President Donald Trump's new homeless czar is scheduled to visit with local leaders from the Inland Empire on Tuesday evening to discuss solutions to the growing problem.

Although, the administration and many local agencies and advocates, like Deatherage, have different takes on the best approach to help the homeless, he is hopeful they will find some common ground.

"[My hope] is they would come with an open heart, because until you change the dialogue you’re not going to see any progress,” said Deatherage.