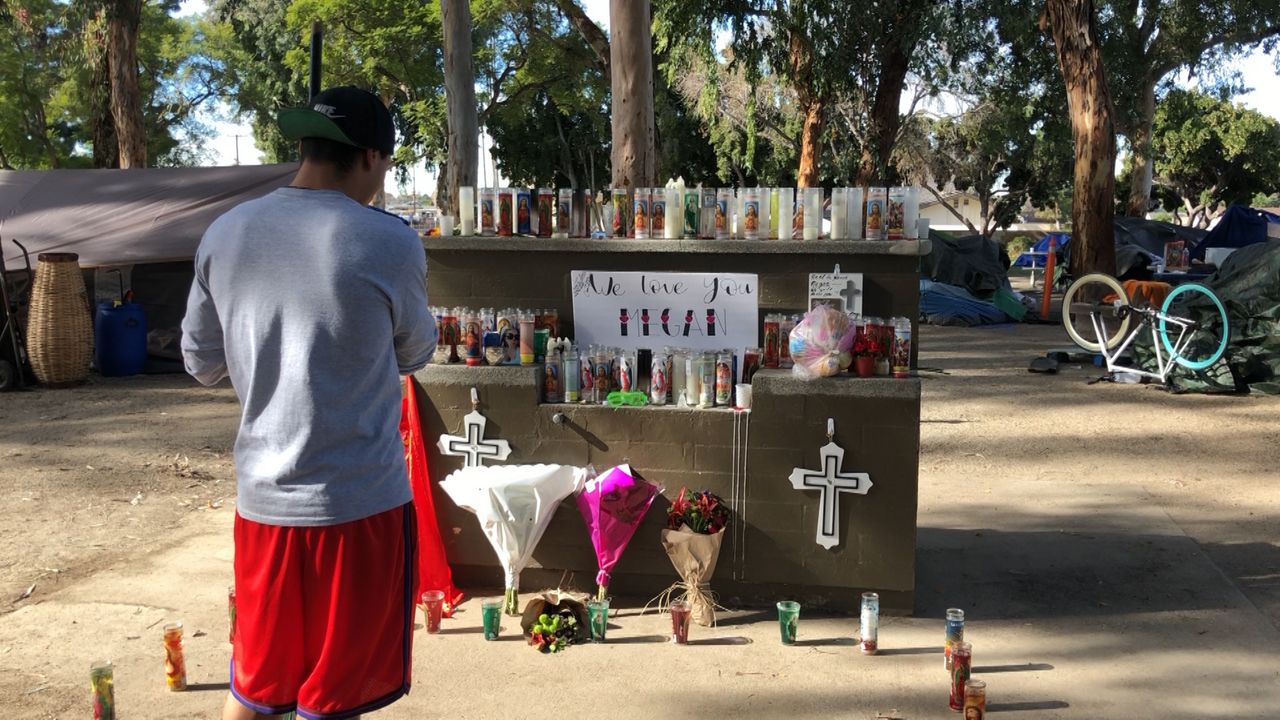 WHITTIER, Calif. — A young woman's death in a homeless encampment caused Whittier city leaders to move to close down a portion of Parnell Park.

But some residents of the encampment are not ready to leave.

Fabian grew up in Whittier and has called Parnell Park home for the last sixth months.

Fabian took a break from his sweeping to pay respects at the memorial of his dear friend Megan, who passed away on New Year’s Day.

Despite what people may see from the outside, for Fabian, this is home.

“People think it’s like a circus. Sometimes it is, but there’s no wild animals here,” he said.

About 100 yards away from Fabian’s home, a woman watches her kids play at Parnell Park.

Michele Pino sees her boys, and she sees the tents not far beyond them.

“It definitely makes me cautious and makes me think twice about bringing my kids here I’ll be honest,“ said Pino.

Pino's family moved nearby about five months ago.

“Like I said, as long as it doesn’t encroach on the safety of my family, I don’t have too much of an issue with it. I just wonder where we would relocate these individuals?" said Pino. "I guess there’s not a good answer to that question.”

And as for Fabian’s answer to that very same predicament?

"I'm not going anywhere. I'm going to be right back here," he said.