NEWPORT BEACH, Calif. — Once the darling of the office industry, co-working is looking to make a comeback.

For the past few months, Industrious Director of Real Estate Doug Feinberg said several businesses have approached his company inquiring about ways to bring employees back to the office.

"We're hearing from so many companies that they'd like to fully transition to a hybrid workforce or that they're exploring the 'hub-and-spoke' model that breaks things out across an HQ and low-commute satellite offices," Feinberg said. "But they don't know where to start — it's a lot to take on, and only the biggest companies will be able to do it on their own."

But the lingering question remains: After a year of working from home or remotely, do employees want to return to the office? Some surveys say no.

As vaccinations increase and the COVID-19 pandemic wanes in the U.S., employers are looking for ways to bring their employees back to the office. Co-working and offering flexible office arrangements could be options.

"People want to get back into the office at least a few days a week," Feinberg said, citing their studies. "We're hearing from so many companies and individual workers that they're eager to return in some capacity simply because they miss their coworkers. The small-talk, spontaneity, casual conversations and collaboration cannot be captured over Zoom, and many have realized how important that part of office culture is to them in their day-to-day and life overall."

Before the pandemic, co-working seemed to be the future of the office space.

The large shared open layouts, hip vibe, amenities that included daily food delivery and morning kombuchas, camaraderie, and affordable and flexible pricing attracted many different companies, startups and freelancers to work from there.

The co-working companies offered flexible workspaces, where business members could reserve a conference or meeting room for a few hours or the entire day.

Though co-working only made up 2% to 8% of office space in major markets, the industry had significant growth potential, according to commercial real estate company JLL.

WeWork, Knotel, Convene and other co-working companies quickly positioned themselves as market players and snatched up office space in major hubs such as Los Angeles, Orange County, New York and London.

Office building owners were eager to add co-working companies to their list of tenants.

But maybe as a sign of things to come, just as the giant co-working company readied itself to go public in 2019, a further look at its business model, among other things, caused its valuation to fall from $47 billion to $10 billion.

And then the pandemic hit.

State and local shutdown orders mandated that non-essential employers have their employees work from home. Office buildings shut down. With the rent due, many co-working companies collapsed as demand dropped.

WeWork told prospective investors this past March it had lost $3.2 billion in 2020. Knotel, which at one point was valued at $1.6 billion and managed more than four million square feet of office space nationwide, filed for bankruptcy. Breather closed more than 400 locations in North America and the United Kingdom.

According to the Wall Street Journal, the co-working occupancy rate fell from 78% in February before the pandemic to 51% in the fall.

Industrious also struggled at the onset of the pandemic, having to lay off and furlough employees.

But for the most part, while other co-working companies grappled with survival, Industrious fared better. The company has only closed one of its 107 locations and began taking over several of its competitors' office spaces, the Wall Street Journal reported.

In February, CBRE bought a stake in Industrious, reportedly for $200 million.

What sets Industrious apart from its competitors is its unique management agreement with office landlords. Rather than a traditional lease, Industrious strikes revenue-sharing agreements with landlords.

These agreements make up more than 80% of their portfolio, Feinberg said.

"This allows us to work more collaboratively with our landlord partners and is more sustainable for both parties," Feinberg said. "With that being said, Industrious has been able to expand over this last year to meet the growing demand for flexible office space." 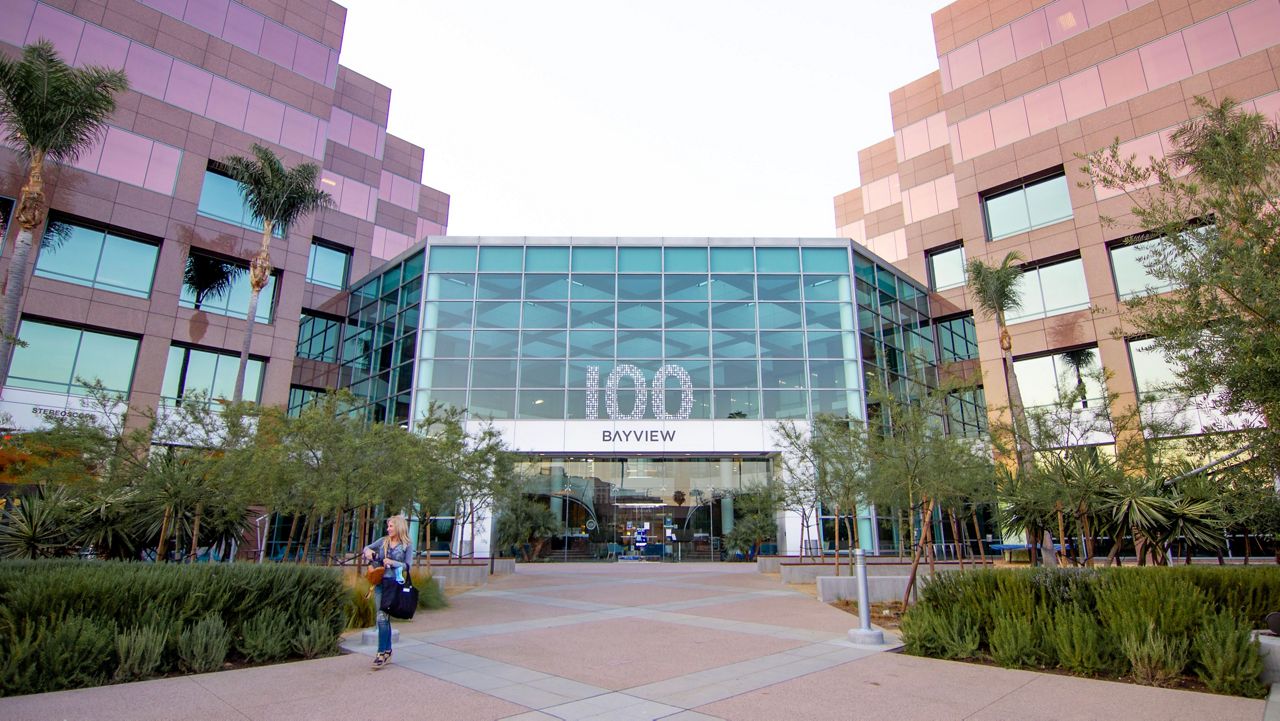 In May, Industrious partnered with Granite Properties to open a new 53,000 square foot location in Newport Beach.

The agreement is the second time the two companies have partnered, with Industrious having opened a co-working and flexible office space spot at Granite's office building in Glendale last year.

Now, the goal is to attract employees when many seem to enjoy the flexibility of working from home or other places.

A survey by staffing agency Robert Half found a third, 34%, of employees surveyed would look for a new job rather than return to the office. Nearly half, 49%, would prefer a hybrid arrangement of coming into the office for a few days and working from home/remotely the rest of the week.

"After a year of drastic change, many business leaders are eager to restore a sense of normalcy and welcome staff back to the office," said Paul McDonald, senior executive director at Robert Half, in a news release. "But reopening doors will bring new obstacles for companies to navigate. Not all employees will be ready — or willing — to return to the workplace, so staying flexible and responsive to their needs will be critical."

Purvis of Granite Properties said this is where flex office space comes into the picture and could help employers. Rather than being tied down to a traditional long-term office lease agreement and build out an office, design and buy furniture, employers and employees can move into one of Granite's highly amenitized flex workspaces.

Purvis said these spaces are move-in ready, fully furnished, with the internet and "reduces a lot of that upfront capital cost."

Feinberg said employees have a more significant say in where they want to work.

"The idea of employee choice and 'work from anywhere' weren't as understood pre-pandemic as they are now, and as a result we're seeing companies take a more bottoms-up approach to their workplace strategy — allowing their employees to decide when and where they do their best work," he said. "This has led to significant demand for flex-office space, as companies want more options and flexibility in their office arrangements as they start to now meet employees where they are, rather than the other way around."