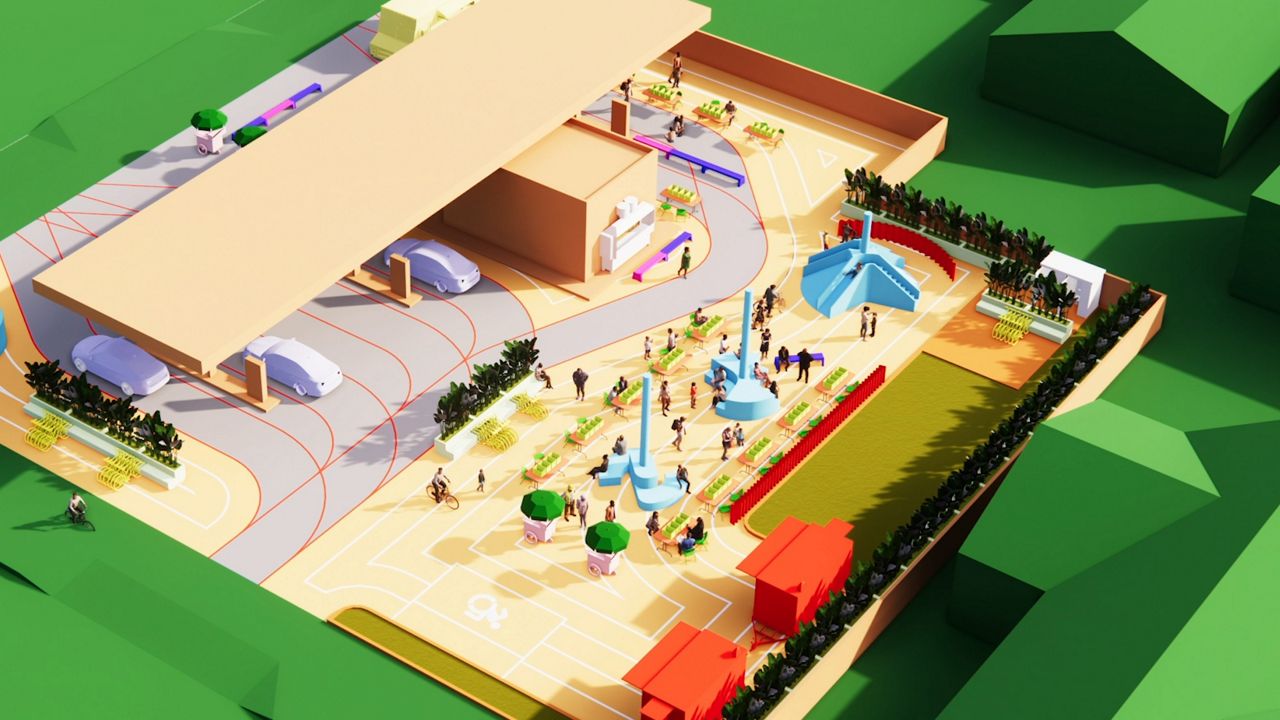 SOUTH LOS ANGELES — In a city famous for its car culture, gas stations are commonplace on most street corners near a freeway.

But as more EVs find their way on the road, gas stations may soon become irrelevant.

Christopher Hawthorne, Chief Design Officer for the City of Los Angeles, has been working with design firms to reimagine what L.A. will look like once gas stations get replaced with charging stations.

“Gas stations have really been symbolic of Los Angeles for almost a century and they’ve stayed pretty much the same,” said Hawthorne as he stood on the corner of Adams and Crenshaw in South L.A., where four gas stations occupy the intersection. “We’ve covered them with Spanish Colonial tile or we’ve used other kinds of architecture to kind of cloak them to make them look special, but essentially on an intersection like this one, where you have a gas station on all four corners, they really do dominate the urbanism of this neighborhood.”

So Hawthorne invited design firms to present transportation issues and share proposals for “Pump to Plug,” a new design competition hosted by the USC Dornsife College of Letters, Arts and Sciences to help shape the architecture, land use, and user experience in a new era of electric charging stations. What’s pushing this conversation is a deadline set by Gov. Gavin Newsom. Starting in 2035, all new vehicles sold in California must be zero-emission.

“And that means the gas station as we know it, this familiar part of the urban fabric, is going to disappear and be replaced by something else,” said Hawthorne. 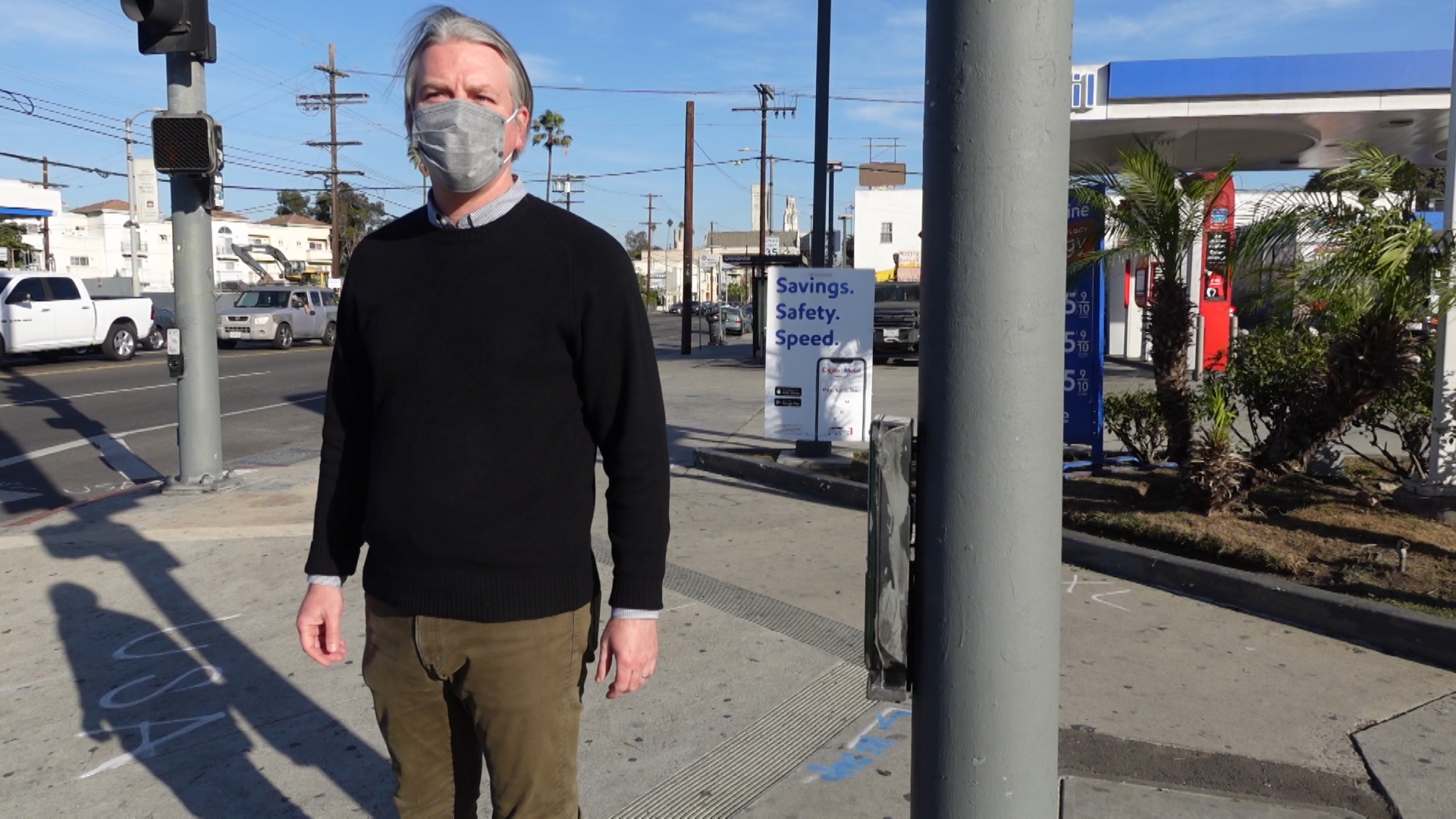 Seeing the writing on the wall, Hawthorne explained that it’s time to start designing the infrastructure to support all the new EVs expected to hit our streets in less than 15 years.

“There’s a real opportunity for communities like this one in South LA to fill in some of what’s been missing in these communities, whether that’s open space or healthier food options or more housing, which of course Los Angeles is always in need of," said Hawthorne.


Jeffrey Inaba, a principal architect with Inaba Williams Architects, noted that the transition will be difficult but believes there is enough incentive to pivot from pump to plug.

“There’s plenty of space on gas station lots to do additional programming,” he said. “And already from an economic standpoint, the greatest profit for gas station owners is not the gas. It’s the retail store. So if they can expand their retail services on their site, it’s already a big plus.” 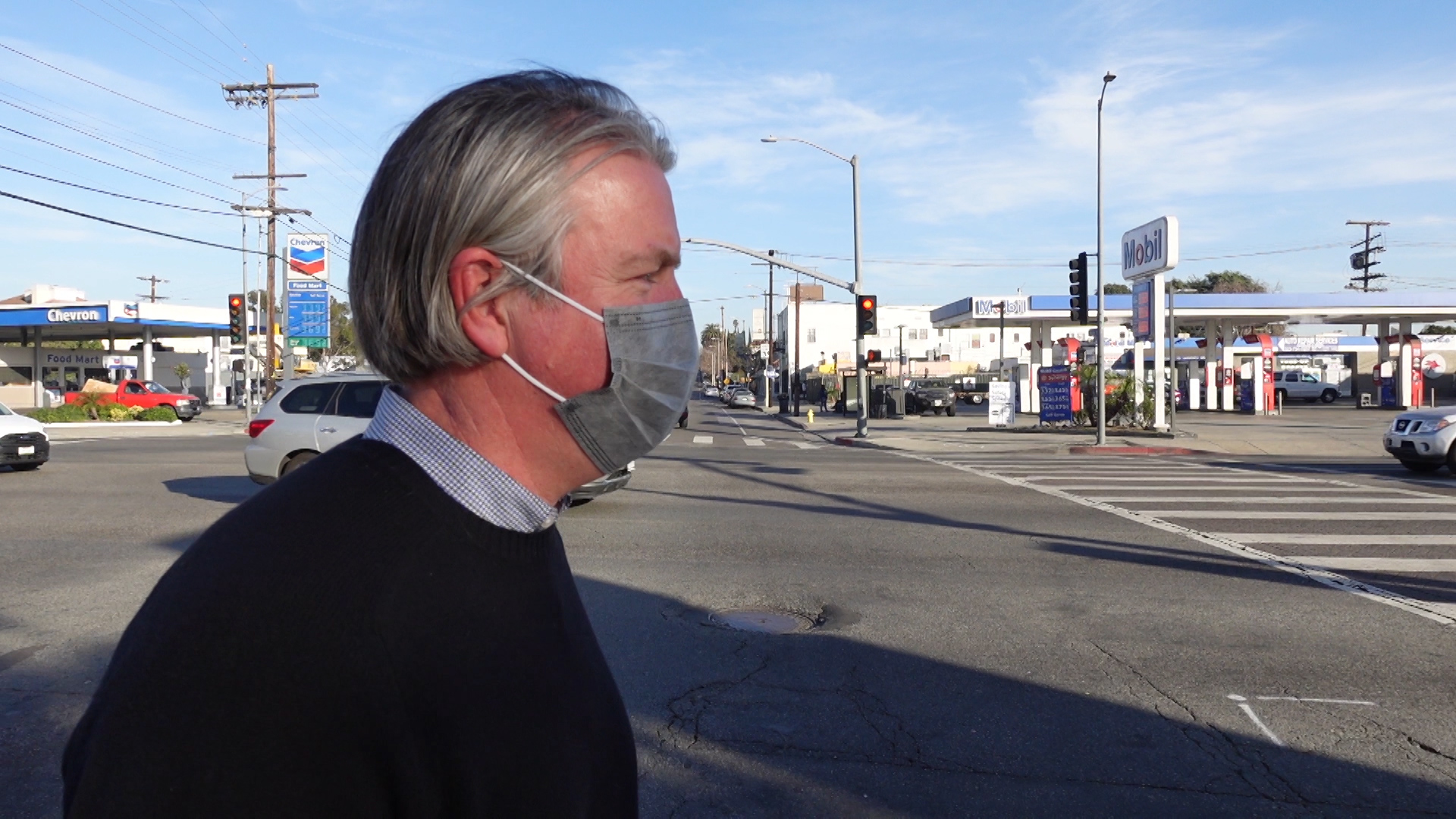 With over 550 gas stations in L.A., the biggest challenge for Hawthorne is to make the transition equitable for communities of color where they already suffer from bad air quality and high asthma rates.

"This transition to electrify mobility to electric vehicles is not something that we need to be afraid of," said Hawthorne. "It’s something we can be excited about and embrace because of the changes that it will bring to communities in terms of air quality, in terms of really thinking about rebalancing from an environmental justice point of view."