The Chevrolet Bolt EUV is one of 30 new EVs General Motors will bring to market over the next five years. (Courtesy Chevrolet)

Five years after General Motors’ Chief Executive Mary Barra unveiled its pioneering Chevrolet Bolt EV at the Consumer Electronics Show, the chairman of one of the world’s largest automakers was back on the CES stage to show the company's all-in-one electric vehicles.

"At General Motors, we believe that after one of the most difficult years in recent history, this moment will prove to be an inflection point, the moment when our world’s reliance on gas- and diesel-powered vehicles will begin transitioning to an all-electric future," Barra said Tuesday. "And GM intends to lead that charge."

Almost 25 years after GM ushered in the promise of an electric future with its short-lived EV1, and ten years since making good on that promise with its Chevy Volt, the global EV market penetration remains a mere 3%.

"We believe that is all about to change," said Barra, adding that the company is investing $27 billion in its electric and autonomous vehicle programs through 2025.

Among the new vehicles GM plans to introduce under its Buick, Cadillac, Chevrolet, and GMC brands are the highly anticipated GMC Hummer EV (with a zero-to-60 mph acceleration time of about three seconds), the Chevrolet Bolt EUV (an SUV version of the Bolt EV that will come with hands-free driving assistance), the Cadillac Lyriq sedan (with a curved 33-inch display), and the all-new “ultra-luxury” Cadillac Celestiq (billed as “a new future for integration of technology and the senses” with customizable roof glass tinting for each passenger). 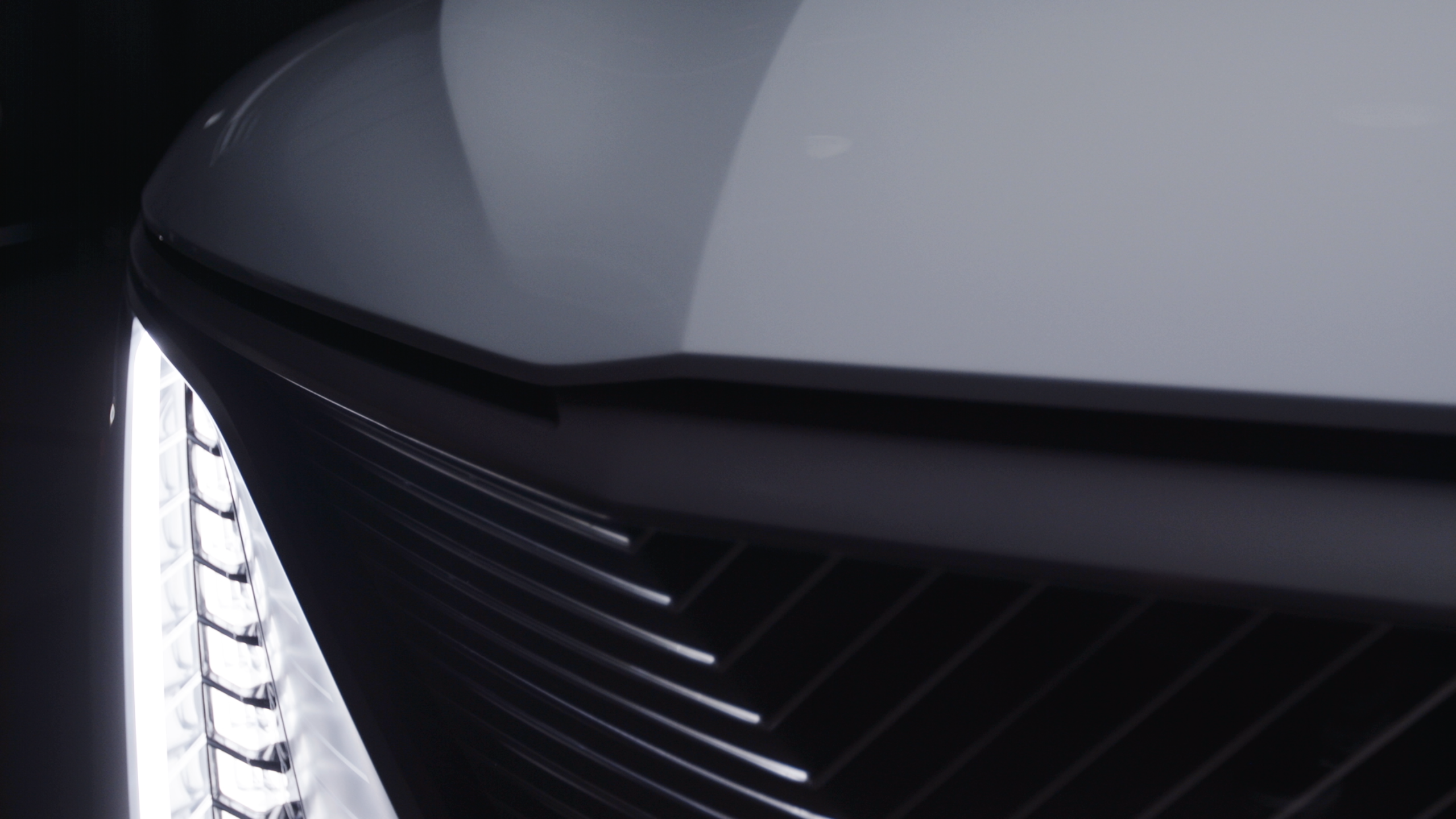 Underpinning its full-speed-ahead approach to EV technology is its new Ultium battery system that can produce up to 450 miles of range on a charge at nearly 40% less cost and 25% less weight than its current EV batteries. Plus, GM is already at work on next-generation battery chemistry that would increase their range to as much as 600 miles per charge while reducing their cost 60%.

Barra explained that the transition to an EV future is “an opportunity to reimagine how we move,” including goods movement. On Tuesday, she announced a new GM business called BrightDrop, which uses a system of connected EVs and software-enabled services to help companies make deliveries. 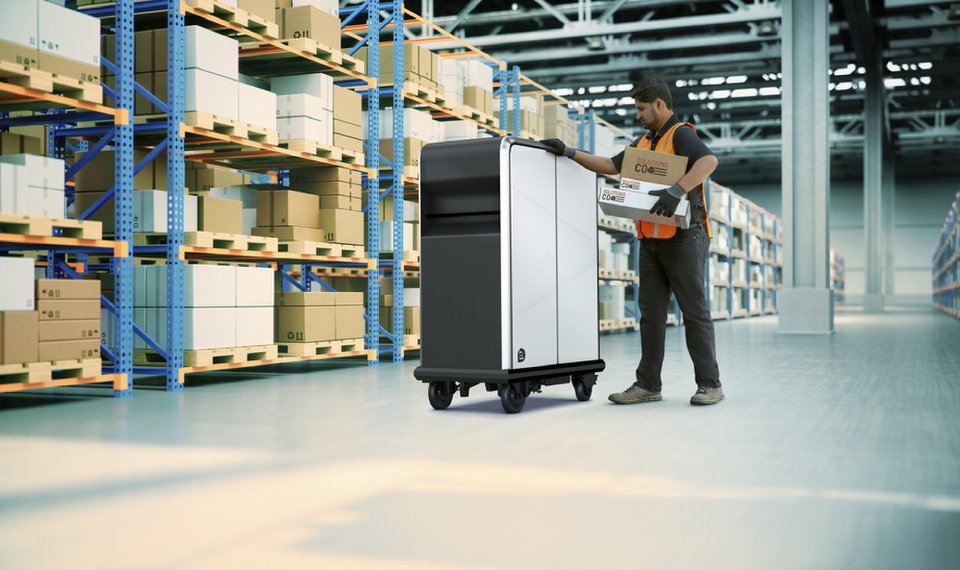 At its core is an electric-propelled pallet called the EP1 that helps couriers move goods from delivery vans to customers’ doorsteps. The EP1 can travel up to 3 mph and is designed to accompany couriers, traveling by their side.

Conveniently, the EP1 fits into a new GM BrightDrop EV 600 electric van that can travel up to 250 miles per charge. The first EV600 vans will be delivered later this year, but FedEx will be the first company to receive them and is already piloting the BrightDrop EP1. 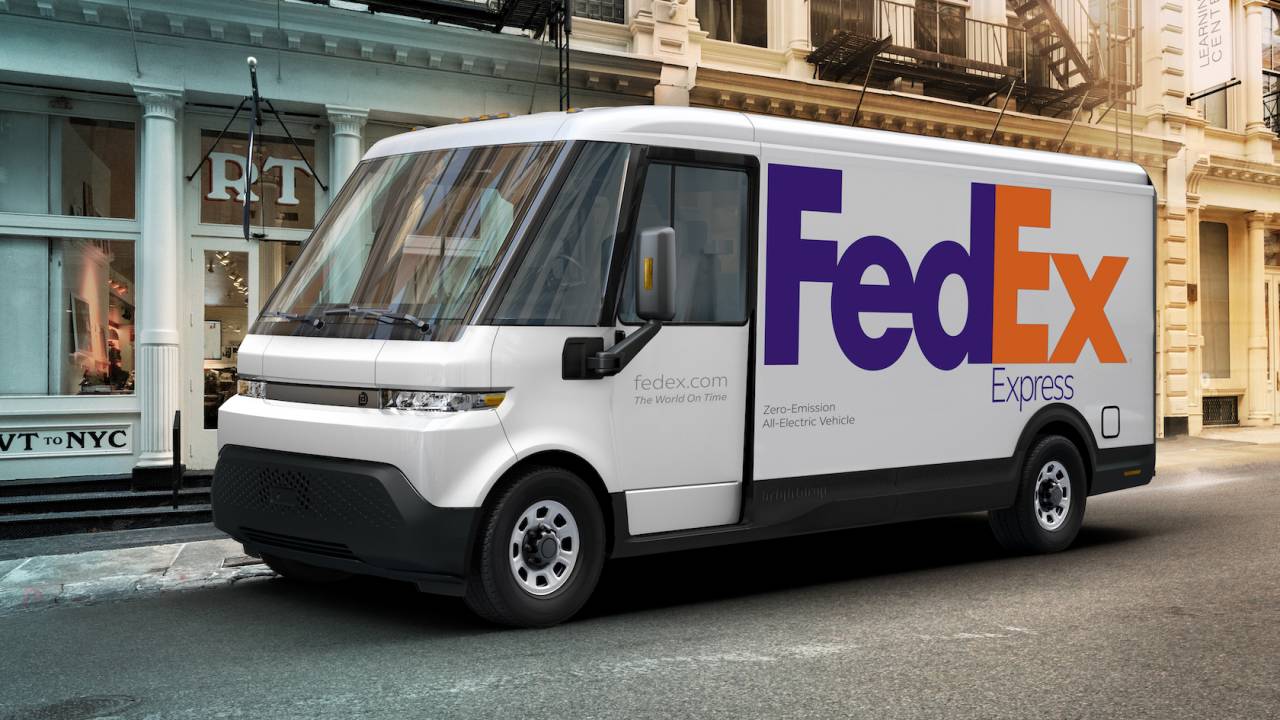 BrightDrop, he said, “will help FedEx handle unprecedented demand; improve the safety, security and timelines of deliveries; reduce our environmental impact; and protect the wellbeing of our couriers.”

A second FedEx Express pilot with the EP1 will get underway this quarter.