SACRAMENTO, Calif. — When California Gov. Gavin Newsom signed an executive order mandating that all new passenger vehicle sales in the state be zero emissions by 2035, a corollary provision got a lot less attention. Under the same executive order, all heavy-duty trucks transporting containers to and from California ports must also be 100% zero emissions within the same time frame.

To help set those wheels in motion, the state’s Air Resources Board announced a bold new plan Thursday. Project 800 calls for 800 emissions-free, heavy-duty trucks to be ordered for service at the state’s ports by the end of 2021.

It’s a tall order. About 30,000 heavy-duty trucks serve California’s ports—about half of them at the Ports of Los Angeles and Long Beach. Two million trucks operate statewide.

“By focusing on deployment of zero-emissions trucks serving California’s ports and setting a goal of 800, we are jump-starting the sector while building on the technological advancements and momentum we have gained in the last couple of years,” said ARB Board Member Hector De La Torre, during a half-day symposium announcing Project 800. “It’s no longer something in the future. It is now.” 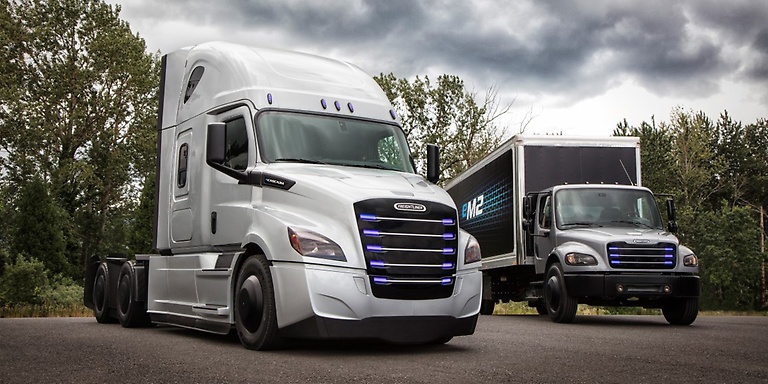 A handful of pilot projects are currently operating at the ports with zero-emissions technology, but they represent a tiny fraction of what’s ultimately needed to achieve the state’s goals. Daimler Trucks North America is currently making deliveries in 20 of its pre-production battery-electric eCascadias with two partner companies, Penske Truck Leasing and NFI.

The Washington-based truck maker Kenworth is part of a 10-truck fleet of semis powered with hydrogen fuel cells as part of a pilot called Project Portal. Volvo Trucks North America is also testing some of its VNR battery-electric trucks in Southern California.

The vast majority of trucks rolling in and out of the ports otherwise operate on diesel. Statewide, diesel-powered trucks account for 20% of greenhouse gas emissions and 60% of the toxic risk communities experience as a result of air pollution.

The executive vice president of CALSTART, a nonprofit consortium of 200+ member companies working to create a more efficient and clean high-tech transportation industry, added that heavy-duty vehicles consume 46% of the fuel used on the road and generate 71% of the particulate matter that contributes to public health problems such as asthma. 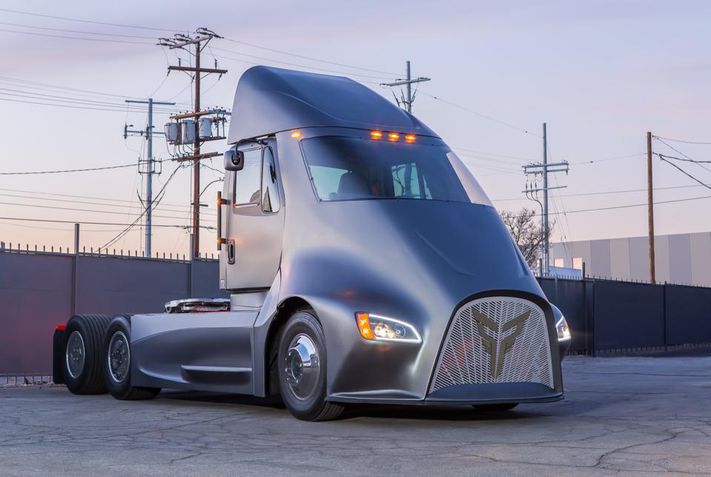 Project 800 is a compliment to the Advanced Clean Trucks Regulation California adopted last June, which requires manufacturers to produce and sell medium- and heavy-duty zero-emissions vehicles in the state starting in 2024. Fifteen other states have since joined California in achieving the same goal.

“That won’t happen in a vacuum,” Van Amburg said. “There are a number of barriers we need to take active steps to address, such as high vehicle cost, infrastructure, access to charging, and also fleet awareness.”

Like battery-electric passenger vehicles, which often cost more than their gas-powered counterparts, electric heavy-duty trucks also come with a price premium that CARB plans to offset with incentives amalgamated through various funding sources, including the Volkswagen diesel settlement with the state.

For its part, Southern California Edison is working with 70 different sites to build infrastructure that can help recharge more than 1,000 heavy- and medium-duty electric vehicles. It has so far completed construction on 10 sites, capable of supporting 100 vehicles, according to Justin Bardin, manager of the utility’s Charge Ready Transport program.

“Going into 2021, I’m excited about Project 800 because I think it could be the year of the electric truck,” Bardin said. “We’re starting to see a lot of interest.”

Still, a lot of work remains for the state to reach its ambitious climate goals. By 2030, California seeks to reduce greenhouse gas emissions 40% below 1990 levels and to be carbon neutral by 2045. To reach those goals will require a major transition to zero emissions in every mobile source sector over the next 30 years, according to the ARB.

The 800 trucks called for with Project 800 are a small but significant start.

“California leads the nation in policies that promote reductions of carbon emissions from transportation, and we’ve always served as an example,” said Michael Benjamin, chief of air quality planning for the Air Resources Board. “With the new federal administration and changes in some of the agencies in DC, we will probably see a lot more support for these types of policies.”