The $5,000 Metacycle is the first electric motorcycle from the electric bicycle maker, Sondors. (Photo courtesy of Sondors)

With $5,000 Metacycle, Sondors Strives to Make Electric Motorcycle for the Masses

FULLERTON, Calif. — When Storm Sondors launched his eponymous electric bicycle company in 2015, he had a simple goal: to offer premium battery-powered e-bikes at an affordable price. Six years and 100,000 bicycle sales later, the Southern California entrepreneur is bringing that same philosophy to electric motorcycles.

Introduced Thursday, the new Sondors Metacycle can travel up to 80 miles on a single charge at speeds up to 80 mph and costs just $5,000.

“It’s not for bikers,” Sondors said of his company’s first motorcycle offering. “It’s for people who always wanted to get on two wheels or have doubts about it.” 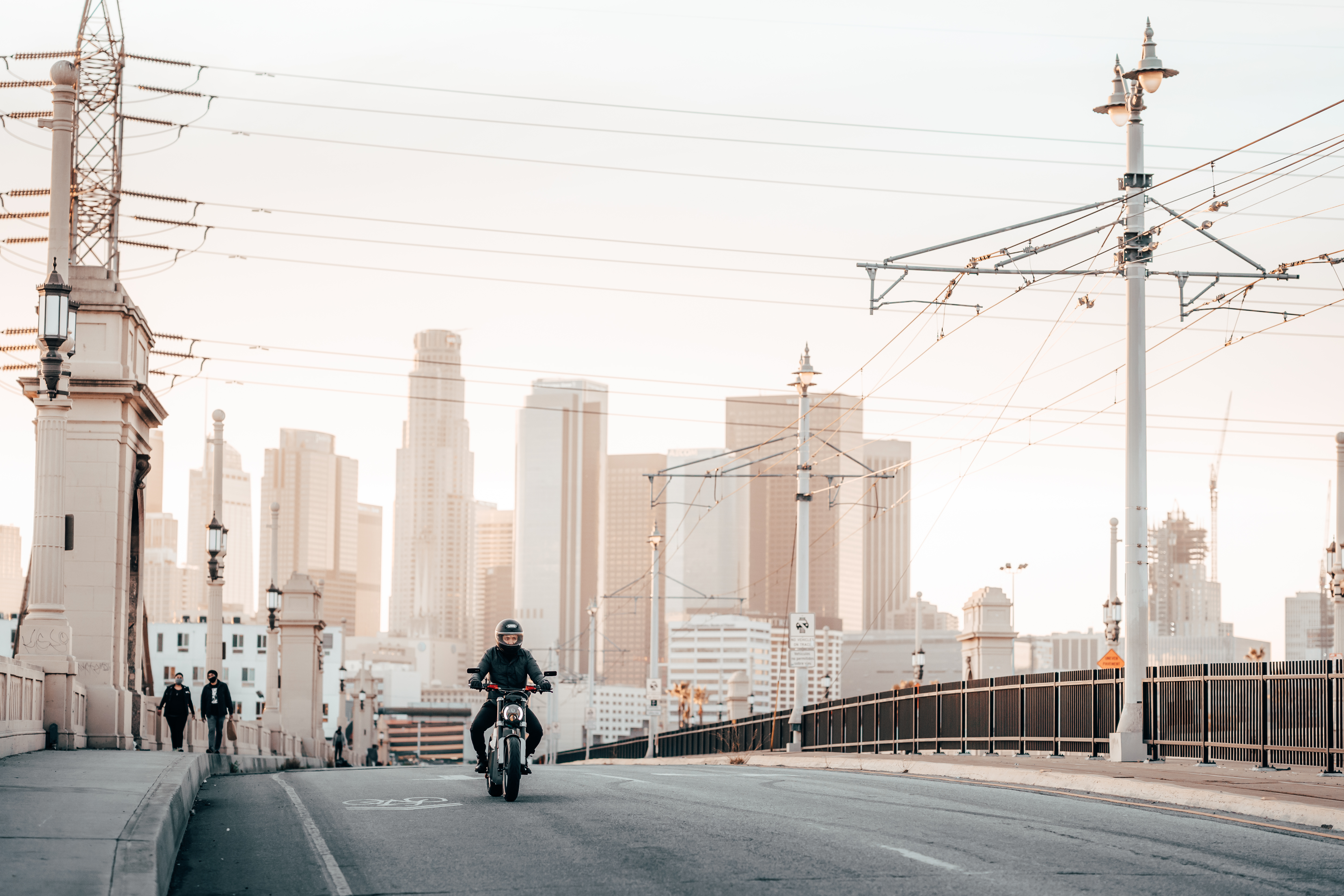 With a peekaboo cast-aluminum frame that literally has a hole where a motorcycle’s engine would normally be located, the Metacycle doesn’t look like anything else on the road. Its style, Sondors said, is intentionally unintimidating.

It is designed to reduce the barrier to entry for motorcycling – there are no gears to shift, no hot exhaust pipes to singe a leg. Riders will, nevertheless, need a motorcycle license. 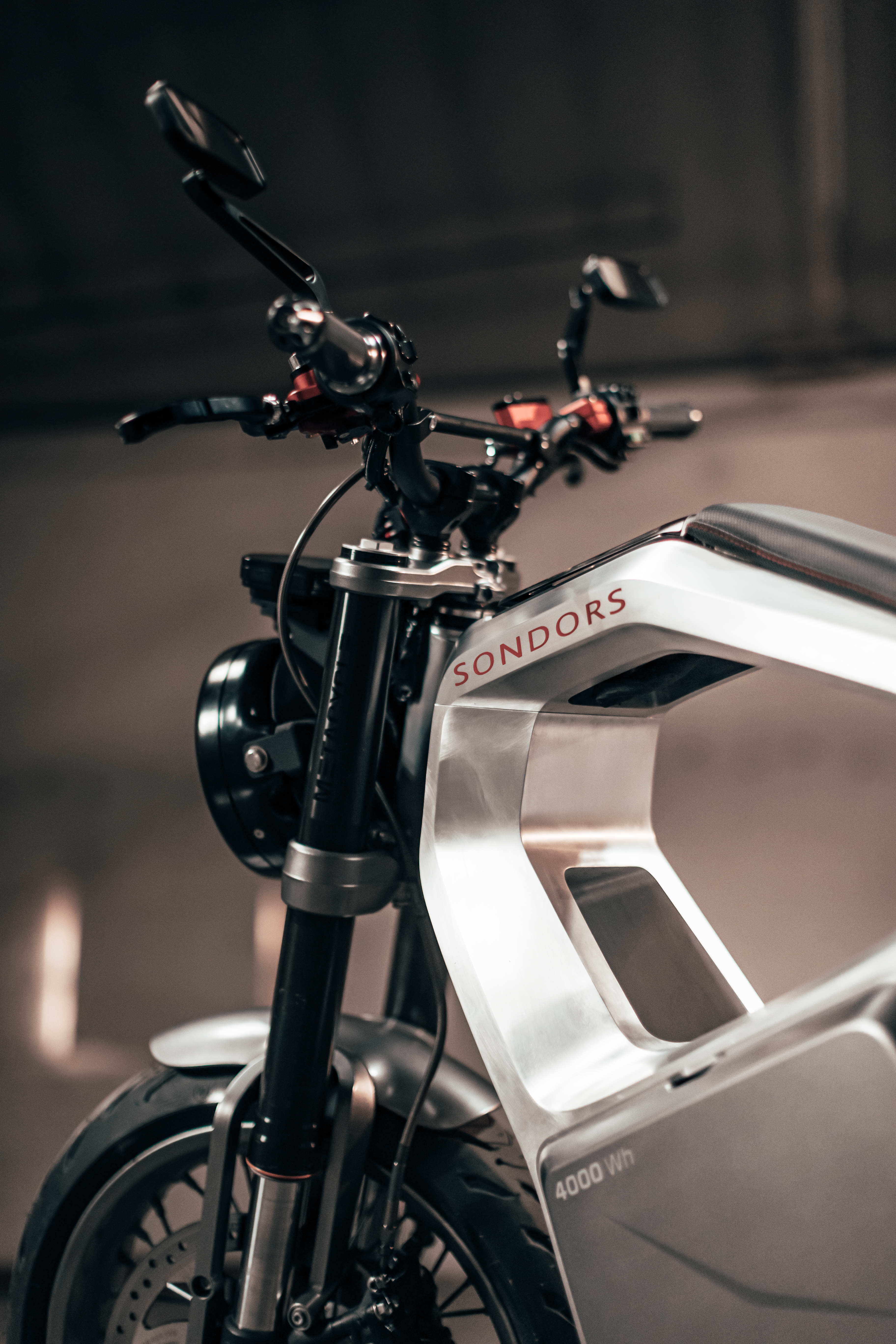 Tipping the scales at a lightweight 200 pounds, with a low seat that allows even diminutive riders to come to a stop flat-footed, the Metacycle is Sondors' latest two-wheeled attempt to help people get around without the overkill presence of a car.

“The idea is to just be more conscious about the way we spend our time. If I can ride this right now to work or to a store or wherever, you’re taking such a little footprint,” he said. The Metacycle “is not just about converting to electric. It’s what can we do so our experience is better, so we’re not just sitting in the same car, breathing the same A/C.” 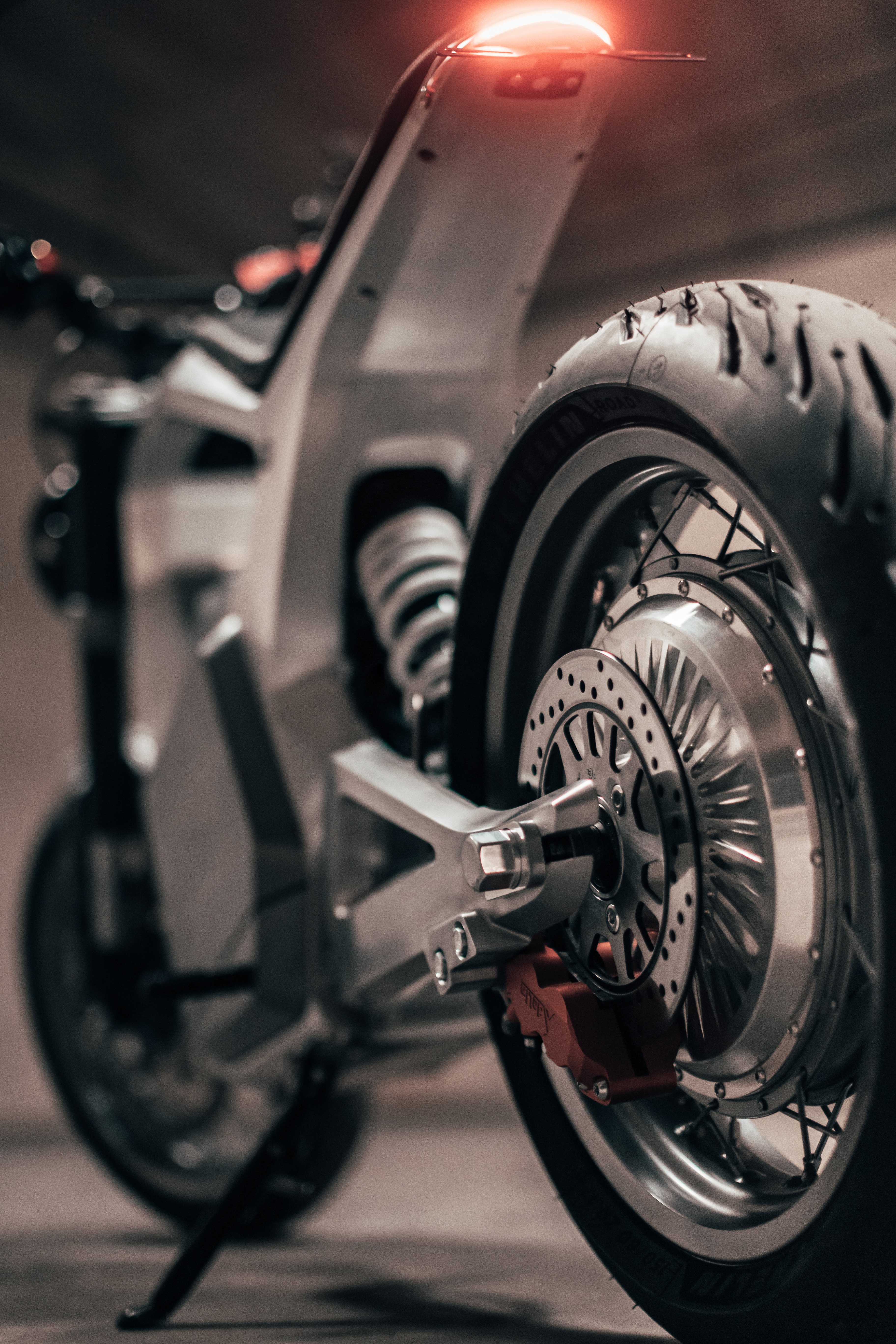 Sondors has been riding home-built electric motorcycles for the past five years. He doesn’t ride gas-powered bikes because they’re too loud. In some sense, he is similar to the buyers he’s hoping to attract with the Metacycle: People who will look at it and think it’s a simpler way to get where they need to go. It’s freeway legal, relatively long-range, and far more affordable than an electric car or other mass-produced electric motorcycles from the likes of Zero or Harley-Davidson.

Sondors said he’s able to keep costs low, in part, because he sells directly to the consumer, not through dealerships or other retailers. Like Sondors electric bicycles, the Metacycle is ordered directly from the company and shipped to the customer’s doorstep. 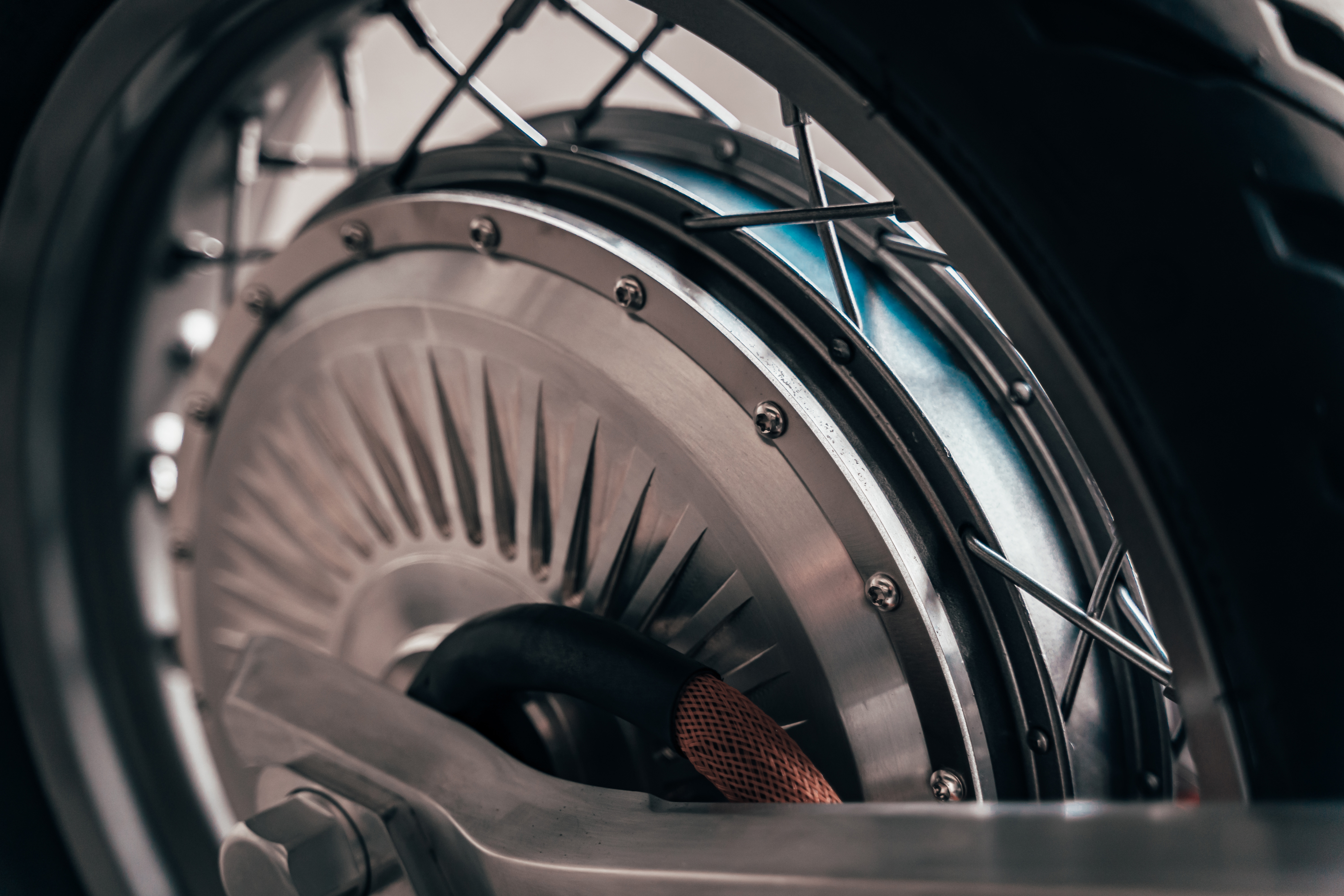 Built in Shenzhen, China, with globally sourced parts, the Metacycle is like an e-bike, only bigger. It has a larger motor, a beefier battery, and more powerful brakes. Its exoframe, as Sondors calls it, houses the motorcycle’s wiring, along with a 4 kilowatt-hour battery at its base.

The rear wheel is home to a hub motor. And in the spot that would normally be occupied by a gas tank, there’s a wireless cell phone charger. 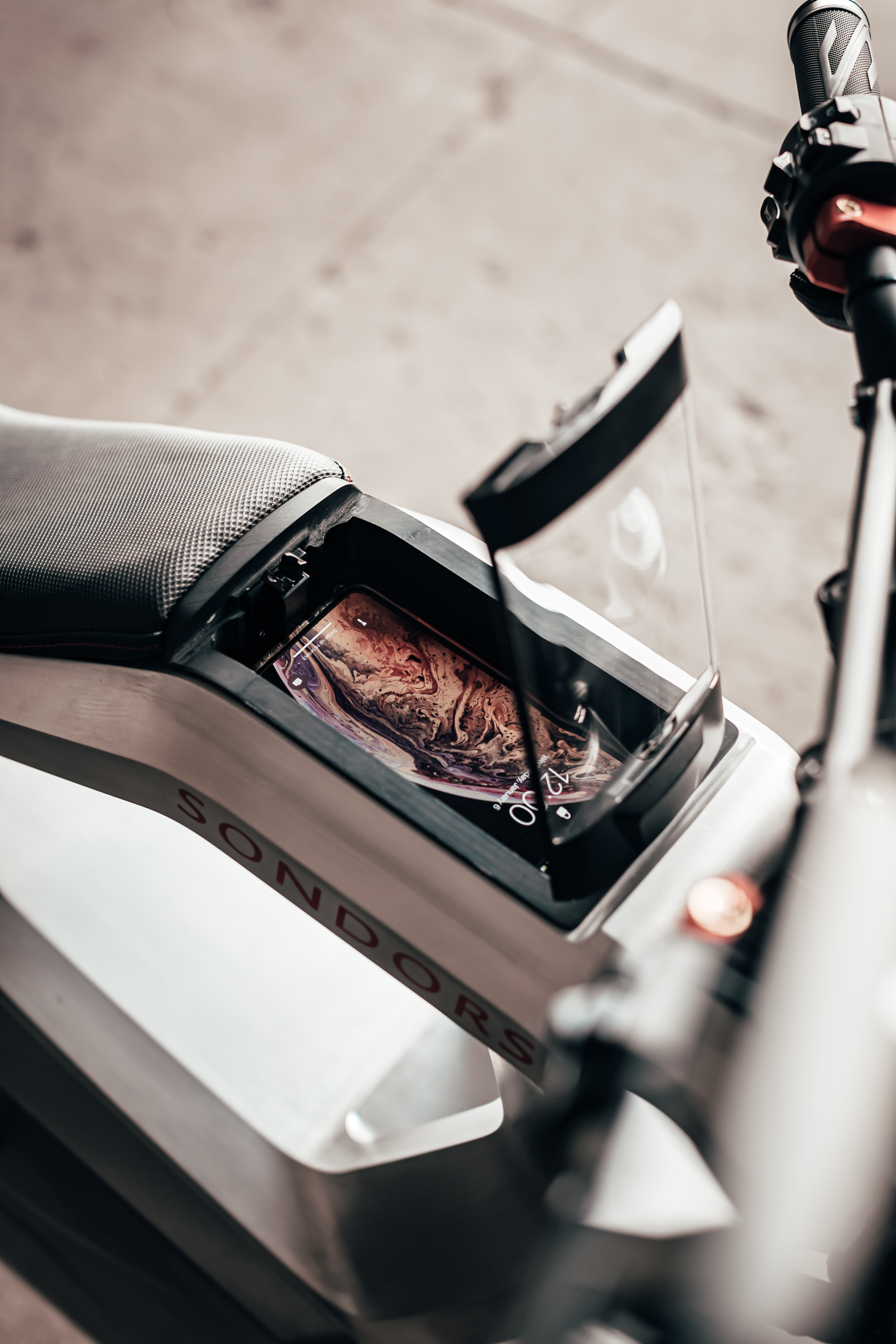 Like electric cars, the Metacycle is designed to be low maintenance with almost no upkeep except to replace worn tires and brake pads. With its plug and play system, the hub motor can be removed with two bolts. The battery can also quickly detach from the bike for recharging indoors or remain intact to refuel. 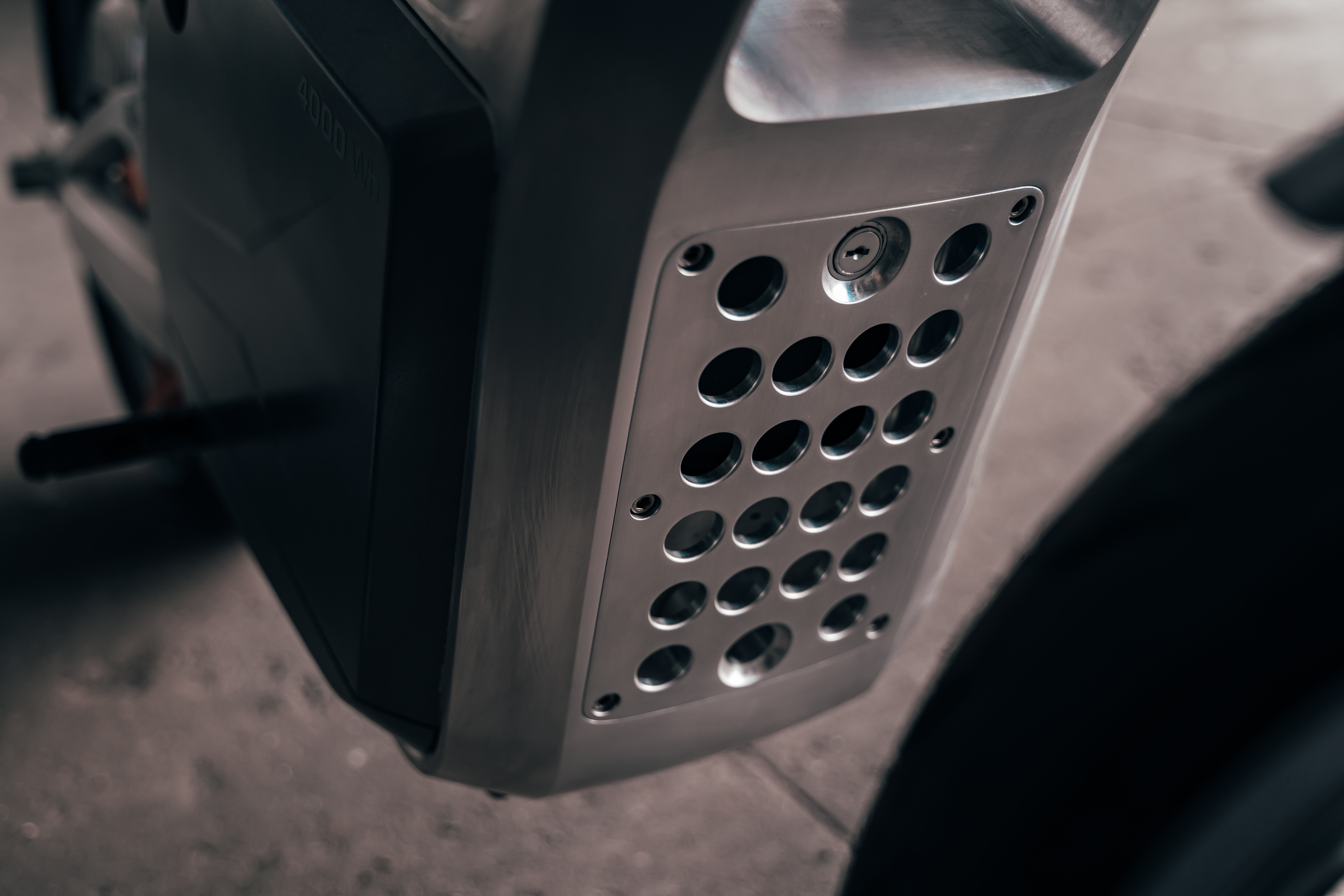 Introduced Thursday, the Metacycle will be available in the last quarter of 2021 but can be preordered now with a $100 down payment.