LOS ANGELES — As COVID was inspiring an unprecedented uptick in bicycling last year, the Los Angeles Department of Transportation was out on the street, adding concrete curb extensions, green paint, and entirely new protected bike lanes to dozens of city streets.

In 2020, the city added or made safety upgrades to more than 61 miles of bike lanes — more than double the improvements it made in 2019, according to LADOT.

“Better bike lanes mean more people can ride more of the time. The research is plain. We leave people stuck in traffic without choices when we don’t give them basic infrastructure,” said LADOT General Manager, Seleta Reynolds. “We recognize that infrastructure is a beginning, a necessary piece of the puzzle that opens up the possibility of driving less for more Angelenos while protecting people already pedaling. Climate and public health challenges demand better streets.”

As part of L.A.’s Green New Deal, the city plans to increase the percentage of all trips made by walking, biking, micro-mobility, matched rides, or public transit to at least 35% by 2025 and to 50% by 2035. Bike lanes are a critical part of achieving those ambitious goals, especially in parts of the city that have lacked mobility options, such as Avalon Blvd. in South L.A. 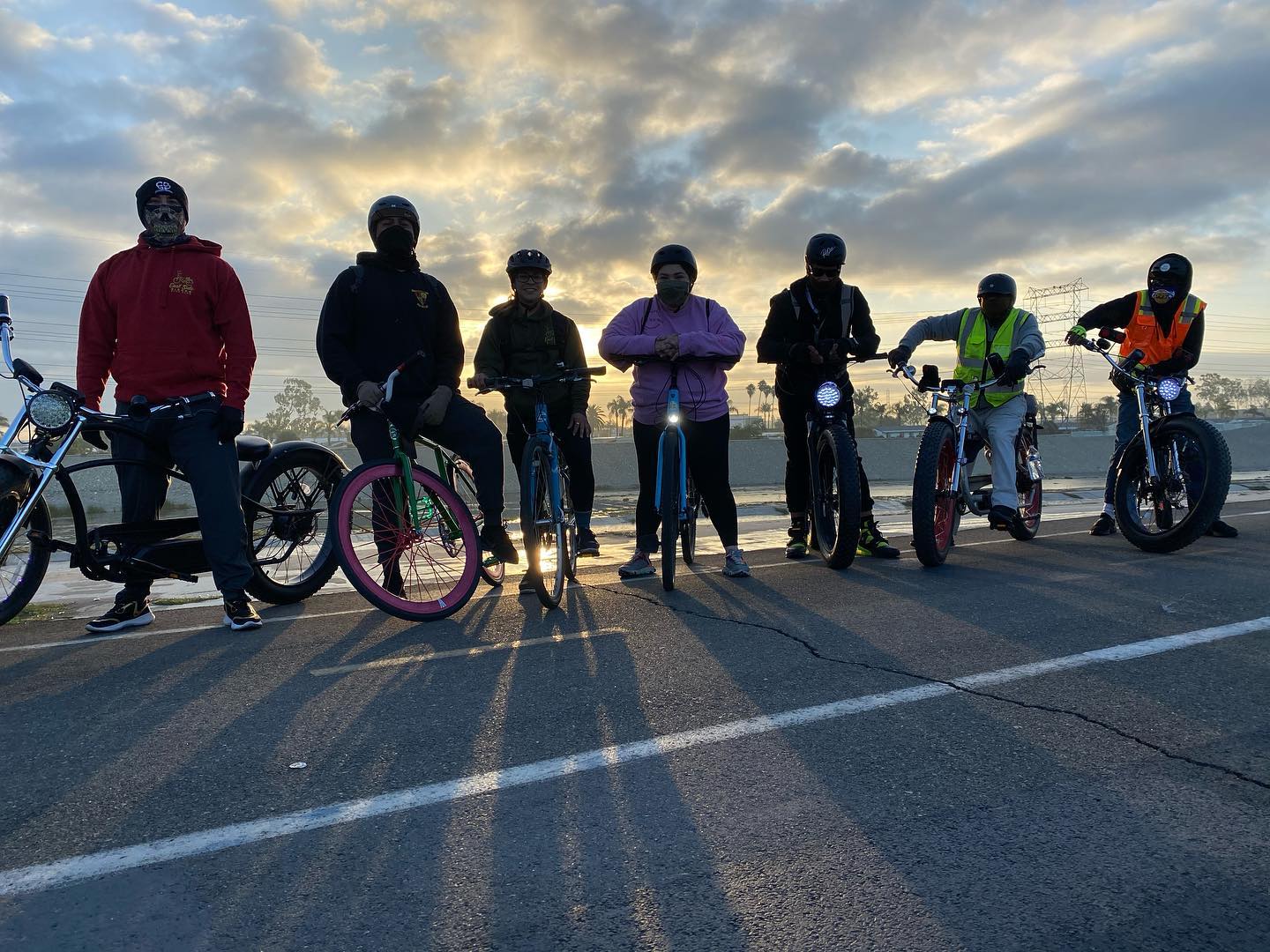 “Those striped lanes give you more protection when you're riding down the street,” said John Jones III, president and chief bicycle officer of the East Side Riders Bicycle Club in South L.A. “They don’t stop a car from coming in, but it makes you feel better riding a bike to have those lines down.”

East Side Riders started in 2008 as a place for the bicycle community to come together, show off their bikes, and barbecue in the park, Jones said. It has since grown into an advocacy organization for safer streets.

Between 2009 and 2017, 149 people were killed or severely injured on the section of Avalon where the improvements were made; 44% of those wounded or killed were walking or riding a bicycle, according to LADOT. Avalon was targeted for improvement as a result of Vision Zero, the city’s ten-year plan to eliminate traffic fatalities by 2025.

The Avalon bike project required the removal of a traffic lane for which community buy-in was critical. To help promote the idea, East Side Riders built support by handing out bicycle lights, brochures, and free coffee. They also hosted bike parades. “It was like a big family gathering of people who wanted safer streets,” Jones said.

Now that the bike lane is in place, “we’re continuing to educate folks on how to use it,” he added. “Just because you’re in the bike lane, that don’t mean to relax.”

Stretching from 120th Street to Jefferson Blvd., the Avalon bike lane “helps connect the bike community from the southernmost part of the city to City Hall, which is huge for us,” Jones said.

Still, bicycle advocates say a lot more work needs to be done to make L.A. safe for bicycling citywide. The implementation of slow streets in many communities, the restriping of 7th Street downtown, and the Avalon bike lane were all positive developments in 2020, “but there were also a number of missed opportunities,” said Kevin Shin, senior director for policy and partnerships with the L.A. County Bicycle Coalition.

Street resurfacing projects could have included new bicycle infrastructure, he said. And a lot of regional connectivity still needs to happen to piece together the current patchwork of lanes that exist for blocks only to disappear yet again.

While the Avalon project and other improvements downtown “addressed a few deficiencies in certain neighborhoods,” Shin said, “there’s still a long ways to go and a lot of major projects needed to make the region more bike friendly and transform L.A. into a more livable community.”

Making L.A. more hospitable to bicycling as a truly viable means of transportation is a slow process, but progress is being made.

In 2021, LADOT is prioritizing work on two high-impact projects, including the MyFig Extension to bike lanes on Figueroa in downtown L.A. between Wilshire and 2nd Street, and the Broadway, Our Way project in South L.A. between Century and Imperial. Adams Blvd. will also get a new bike lane, between Fairfax and Crenshaw, following community outreach.