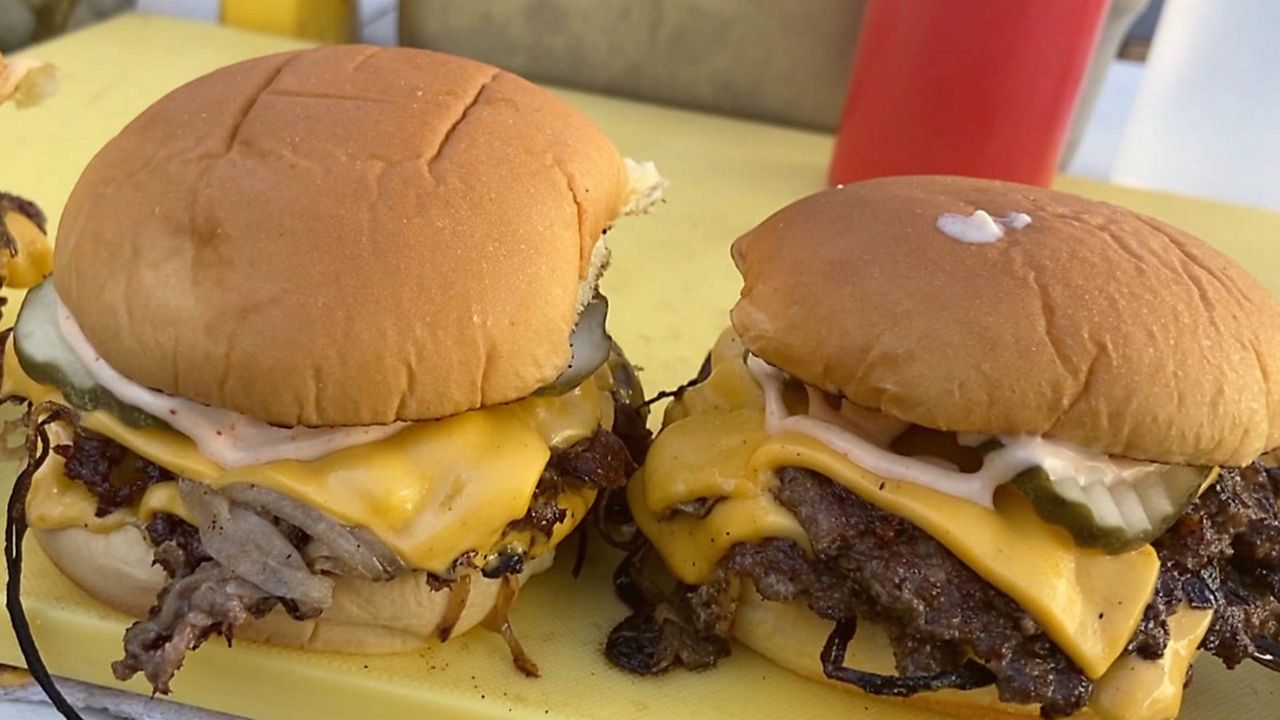 EL SEGUNDO, Calif. — The smash burger has become a trend around Los Angeles.

Matt McIvor know how popular it is but puts his own spin on the staple.


"We aren’t reinventing the wheel," he said. "These are recipes you will find all around the country. It’s so simple but so delicious. You just can’t go wrong."

McIvor has been working in restaurants for his entire career. He started a hospitality public relations company with his wife to help restaurants and chefs get exposure. But during the pandemic, this was not a necessary expense for struggling businesses. McIvor lost 90% of his clients.

"I had to start thinking of what my next venture was," he said.

This next venture was his own food concept. McIvor noticed the South Bay didn’t have as many pop-up experiences as the heart of LA, so he created the Proudly Serving burger stand in his Redondo Beach driveway.

“I simply did this in my driveway to pay the bills, having fun and paying bills,” said McIvor.

The former publicist went from representing chefs to becoming one. He used his marketing skills to connect with the immediate community through social media, not knowing if anyone would even show up. But to his surprise, lines formed week after week for his driveway burgers.

"The neighborhood really came out in droves, and then the same people kept coming back," said McIvor. "The same people started telling other people, and that’s how I knew I had something good going."

Now, Proudly Serving has a permanent residency at the Hermosa Brewing Company location in El Segundo. McIvor is still on the street, but it's a bit easier now to come, sit and enjoy this simple burger.


The Proudly Serving menu item has two ground chuck patties with girdled onions that are smashed and topped with cheese, pickles and a special sauce. McIvor will not give up that recipe.

"It’s the style of the burger," he said. "It’s a small patty that you smash into a 600-degree griddle. It caramelizes. It gives it a crispy crust, but it stays juicy at the same time. And that’s really the whole love affair people have."

McIvor's knowledge of the industry and being surrounded by the best chefs in LA helped him get this burger stand up and "proudly serving."

You will find his pop-up in El Segundo at the Hermosa Brewing Company every Friday at 5 p.m. They're hoping to open a brick and mortar location by the end of the year.