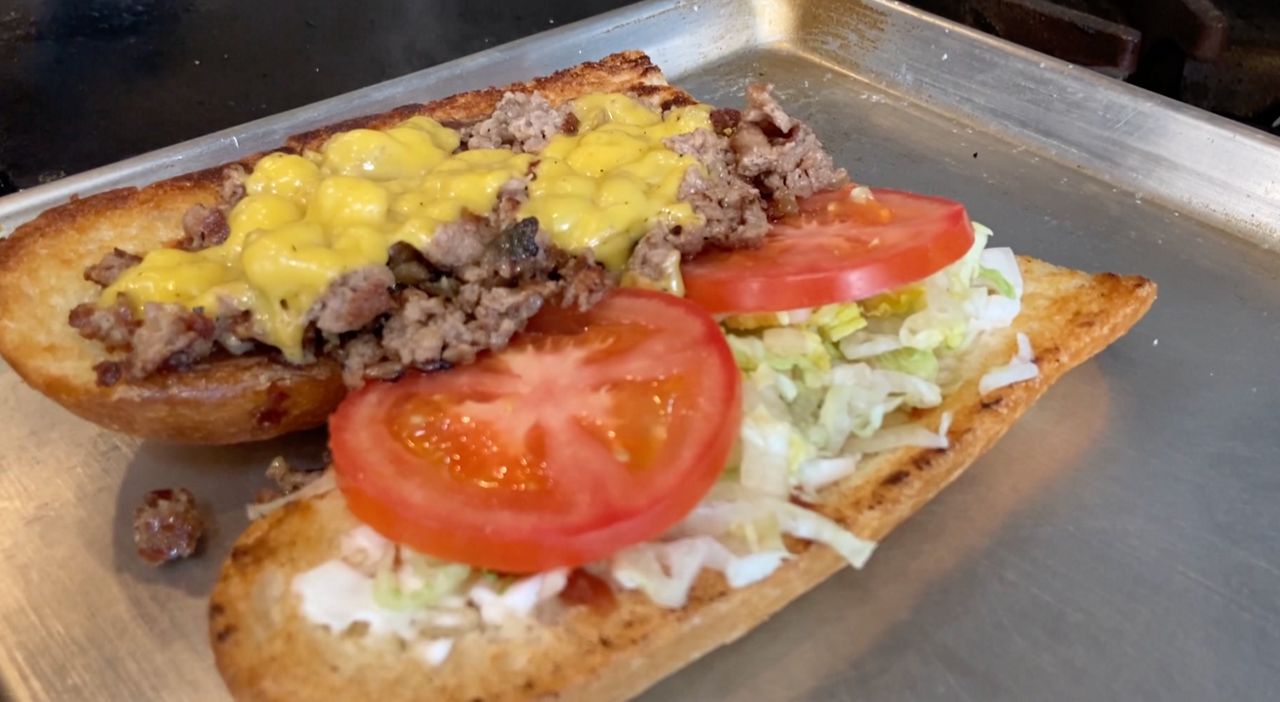 FAIRFAX, Los Angeles — Flipping burgers is not something Jamie Story thought he would be doing. He has held many titles: professional skateboarder, clothing designer, artist, and now chef. He owns Extra Market on Fairfax.

“It’s a culmination of everything I’ve done,” Story said.

Everything on his small but complete menu is plant based. The recipe for his popular burger actually took a year to perfect, but skateboarding taught him patience and determination.

He knew he wouldn’t be skateboarding forever, so he took his creativity and turned it into a career in fashion. Story started his own streetwear brand and even began creating art. In what he calls his third phase in life, he is now a chef and owner of a restaurant. He still figured out how to combine all three. Story sells some of his food-related designs, has art displays on the walls, and even created a gallery space in the back.

It was definitely creative figuring out ways to recreate iconic dishes into plant-based versions.

“Especially in this world with plant based and you have to figure out how to manipulate it, so it’s a replication of the actual meat dish you would have like a burger,” Story added.

Story used to be plant based and never found what he was looking for in the market. So, now that the trend has gotten even bigger, he thought he could put his spin on burgers, fries, and sandwiches with house made sauces, pickles, and diligently sourced buns and toppings.

“I always felt like there was a void,” said Story.

So, next to his popular burger you will find monthly sub specials from chicken Philly cheese steaks to the chopped cheese. This massive sandwich is stuffed with ground beef, onion, and cheese. Story even partnered with a local sandwich shop, Uncle Paulie’s Deli, to use their fresh bread.

“It’s a cult classic in New York, let’s say, so we really wanted to showcase the flexibility of what we are doing here,” said Story.

They really are doing it all from burgers to sandwiches to art and clothes at Extra Market located at 457 N Fairfax Ave. Los Angeles, CA.