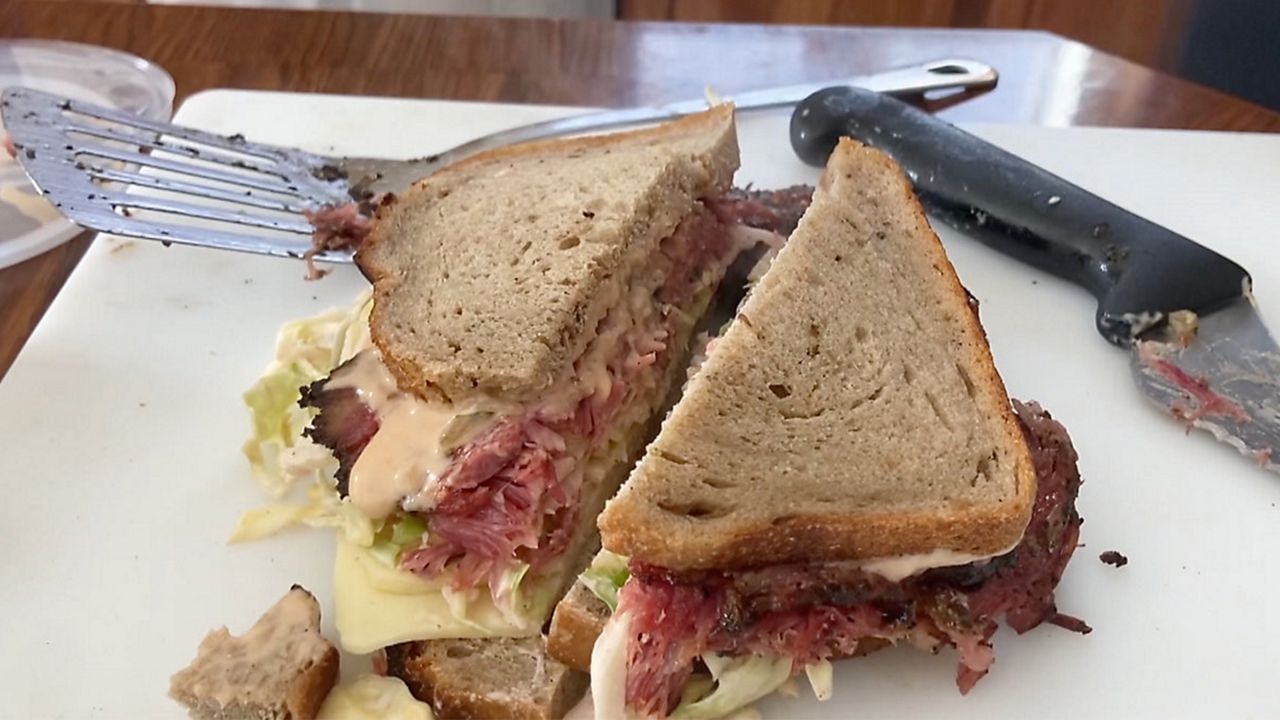 In the Jewish faith, many follow a kosher diet, which does not include pork. But a new, "un-kosher" deli is popping up around Los Angeles serving "porkstrami."

Rebecca King, owner of The Bad Jew, not only helms the pop-up, but tends the fire burning beneath the smoker herself, often many times during the 10-hour smoking period. You still don’t see many women smoking their own meat, which is something King hopes to change.

"I don’t know why many women don’t," she said. "Maybe because it is kind of gnarly. But it’s fun and crafty. You need to have patience and I think women have that, so I’m down to teach other chicks how to do it."

This started as a hobby, then King decided to pursue it professionally. She began training with local barbecue chefs and working at various pop-ups to hone her skills. While doing so, she realized no one was really making smoked pastrami or corned beef using pork instead. This was a light bulb moment for the Jewish girl from Ohio.

“I went to Jewish summer camp and we always called ourselves ‘the bad Jews.’ We would go on field trips and sneak bacon or something,” said King.

Years later, The Bad Jew pop-up was born. Pork isn’t kosher and this is where the ‘bad’ part of the name comes from.

“I know a lot of Jewish people do not keep kosher, so it’s kind of a fun little name and concept that I came up with,” said King.

So, now King partners with different restaurants to serve "The Danny Boy" featuring her porkstrami and "The Reubecca" starring the corned pork. She brines her pork shoulder for a week with salt, sugar, and secret spices. Then the porkstrami gets a mustard and pastrami rub before being smoked for 10 hours. The corned pork is simmered with cabbage, onion, and other ingredients.

The pork offers a different experience than typical beef.

"The fat renders differently," said King. "It melts right into the meat and it’s super juicy."

She loves being part of the barbecue community in L.A. and now the deli sandwich scene. She’s honored to be a safe space for other ‘bad Jews.’

"I grew up on this food and so did a lot of my friends," King said. "And I am happy to be part of it and make it a little different and something new and still nostalgic and delicious."

So take a bite of this non-kosher Jewish deli, smoked meat hybrid sandwich from wherever The Bad Jew is popping up. Follow their Instagram for the latest locations and dates.