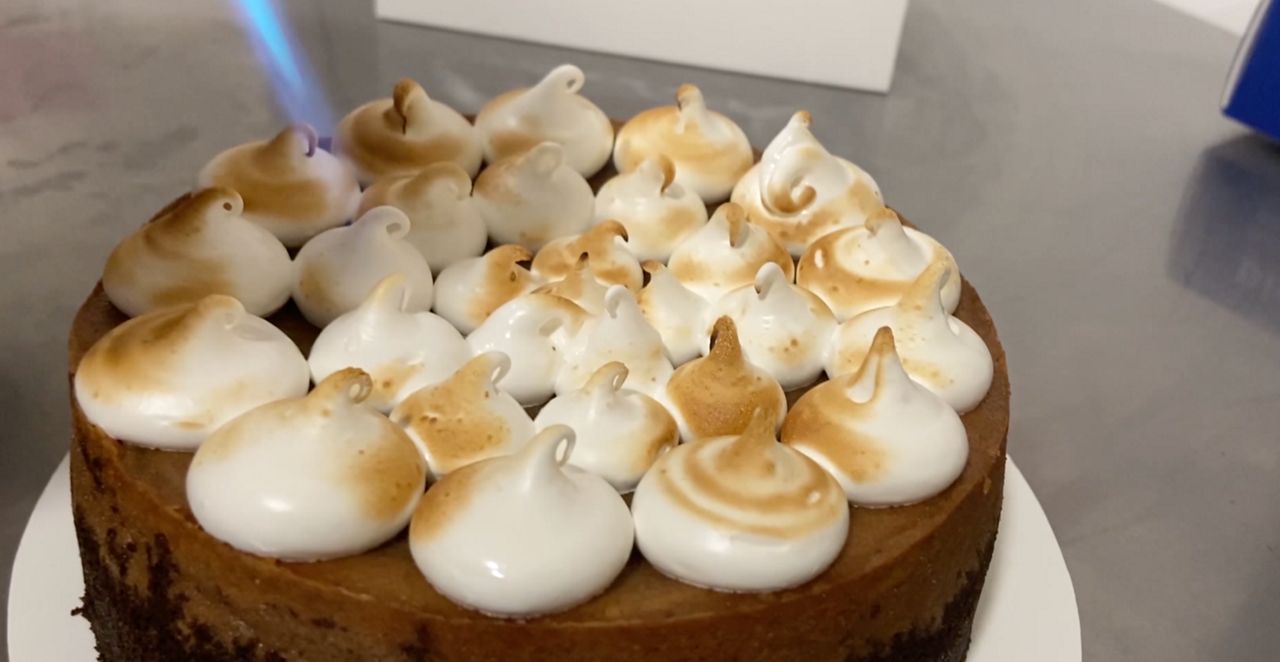 Holiday Handmade Cheesecakes From Local Business Born During the Pandemic

LOS ANGELES — Cookies, cakes, and candy canes are highlights of the holiday season. Whether it is store-bought or homemade, treats, they bring those near and far together. One couple created a special cheesecake recipe during the pandemic and now sells those cheesecakes locally, offering festive seasonal flavors as well.

One of those options is the eggnog cheesecake with a crème brulée topping and gingerbread graham cracker crust. This is the Jingle Bell Brulée from East Side Cheesecakes.

The owner of East Side Cheesecakes, Julia Tokarz loves to get creative with her desserts, always coming up with seasonal selections. But the traditional base to her cheesecake took a lot of trial and error since she isn’t a trained chef.

“It’s amazing what you can teach yourself if you really want to,” said Tokarz.

She grew up baking with her mom whose famous dish is actually a Christmas cheesecake, so you could say it’s in her blood. Her boyfriend Gregory Lay is head baker for Pop’s Bagels and is surrounded by cream cheese, so the couple came up with the idea to re-create the classic dessert but take it up a notch.

“Whenever we would go home for Christmas, my mom would make the cheesecake. It is a tradition for Christmastime” said Tokarz.

The couple actually hand-makes their own cheese and will not use store-bought cream cheese with preservatives. Tokarz considers herself the baker and Lay is the cheese maker.

“As soon as I get home from my first job, I start my second job of making more cream cheese. I’ll start helping her with batters, so she gets all the credit for the cakes,” said Lay.

When the cheese is ready, secret ingredients are added including buttermilk to make the base that is poured on top of the crust.

Once the recipe was perfected, the couple decided to turn it into a business. They’re actually both in the film and TV industry, but the pandemic halted all work. They took this time to become their own bosses by selling the cheesecakes online for pickup and delivery around SoCal.

“A lot of times in the entertainment industry, you are waiting for doors to open. You’re waiting for yeses, but with this, I can think of a flavor, go to the store, and create it and it’s there. It’s done,” said Tokarz.

The fluffy creamy cheesecakes bring joy, especially during this time, which is Tokarz’s favorite part of the job.

“They share these special moments, especially now when the world is upside down. So, to be part of people’s celebrating, it’s just magic,” said Tokarz.

Spread some magic during the holidays and all year long with East Side Cheesecakes by ordering online for pickup or delivery.