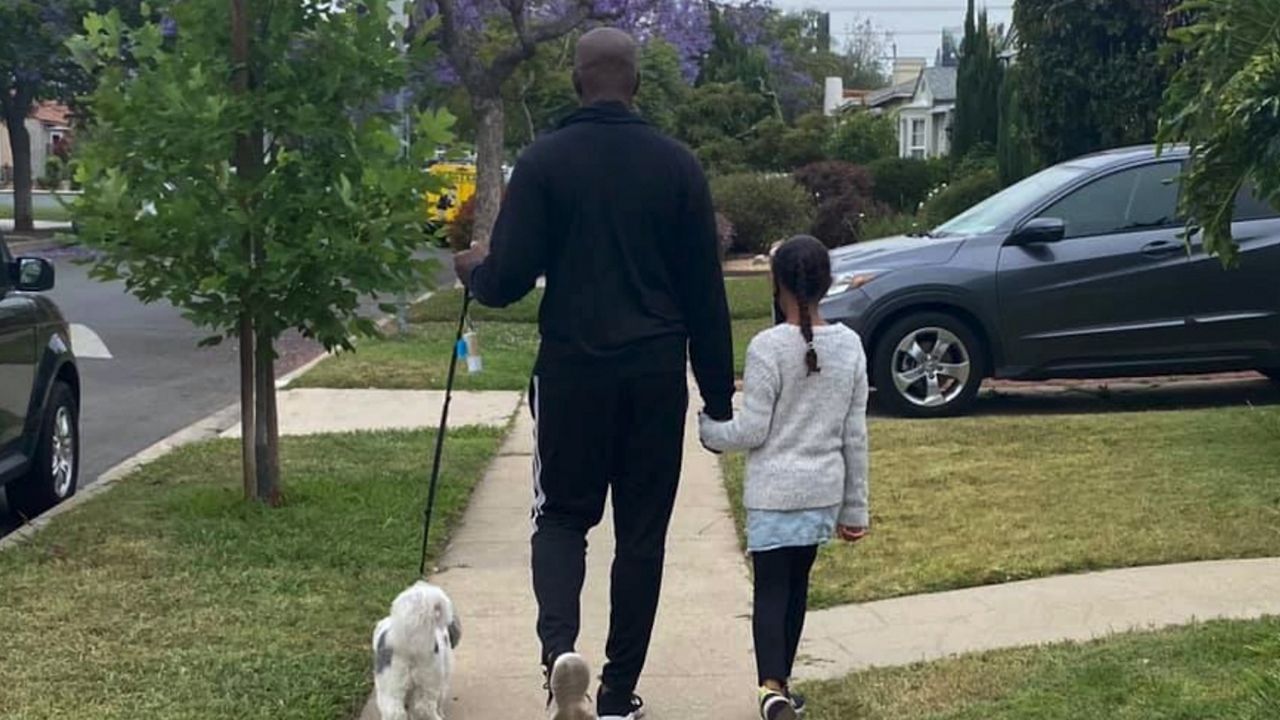 LOS ANGELES – Twice a day, Shola Richards takes a walk in his neighborhood with his daughter Nia and his dog Ace by his side. Since moving to his L.A. neighborhood four years ago, Richards hasn’t taken a walk without them.

“When I’m walking my guy Ace, I’ve seen people, cause he’s looking for a place to pee and I’ve seen people peering through their windows with their phone pressed to their ear looking at me ensuring that I’m not going to cause any trouble,” Richards said.

Richards believes his appearance leads people to make quick judgments about who he is. Standing at more than six feet tall as a Black man in L.A., Richards has been followed in stores without cause, been called racial slurs and more. Despite being a Best-Selling author of two books focusing on positivity: Making Work Work: The Positivity Solution for Any Work Environment and Go Together How the Concept of Ubuntu Will Change How You Live, Work, and Lead and leading Tedx Talks as a speaker, those experiences are part of Richards' everyday life.

“The reality is that I’m perceived differently. I’m perceived as a dad, a dog owner, someone who is not a threat. But by myself, it’s possible that people could have fear or anxiety about who I am,” Richards said.

To help quell the fear others might have of him and for his own safety, Richards won’t take walks in his neighborhood alone. And even though he’s Nia and Ace’s protector, on these walks he believes they are protecting him.

“I don’t want anything to happen to him or anything while he’s on a walk and it’s also really fun to just come on walks,” Nia Richards said.

In light of the Black Lives Matter movement and protests nationwide against police brutality, Richards shared a Facebook post about his neighborhood walks. His post resonated with thousands of people leading his words to be shared nearly 600,000 times. He never thought his post would get so much attention.

“If my conversation helped to wake some people up and to possibly have conversations that are difficult and challenging I’m so humbled and so grateful for that. And I’m thankful that people are listening now if they maybe weren’t listening before,” Richards said.

Until then, he’ll continue to take walks around his neighborhood, in hopes of disarming his appearance with his daughter and Ace’s leash in hand.