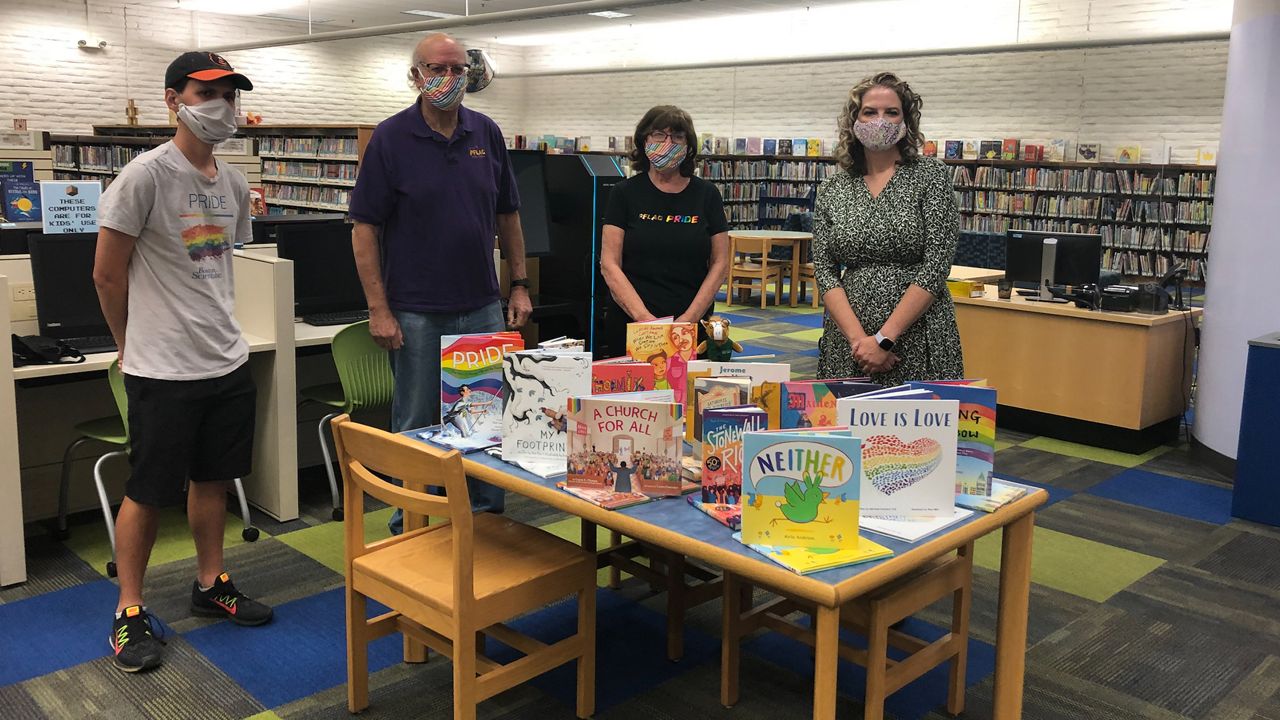 SANTA CLARITA VALLEY, Calif. — "Phoenix Goes to School" is the story of a transgender child and her first day of school. It’s just one of the books Peggy and Jeff Stabile are helping add to the Santa Clarita Public Library through Santa Clarita’s PFLAG and Boston Scientific Pride book drive.

For the Stabile’s, getting LGBTQ-friendly books into the library hits close to home.

“When my son came out, my sister had three little children and she wanted to turn her back on explaining who my son was, her godson,” Peggy said.

When she tried to find age appropriate books in libraries, she couldn’t find any.

“I felt it super important that people knew that my son was no different from any other child, he had one little aspect of him that was not expected but an aspect that we came to love and embrace and we wouldn’t have him any other way,” she said, adding that was more than 30 years ago but she said there’s still a need.

Originally the two groups planned a traditional book drive but the pandemic changed that and the LGBTQ group from Boston Scientific came up with a new plan.

“Instead we started an Amazon wish list which we passed around our whole office as well as the broader community,” said Daniel Giardina, member of the Boston Scientific Pride group.

So far they’ve gotten more than half the books needed. There are a total of 13 different titles and each library in Santa Clarita will hopefully get 3-copies of each title.

Librarian Shannon Vonnegut said diversity in books is something the city has been working toward.

For the Stabile’s, while these books weren’t available when their son came out they’re happy they’re here now. And Jeff Stabile said he loves that “a number of young people, very young people in The Valley will have this source to take a look at."

To donate a book, visit their Amazon wishlist.