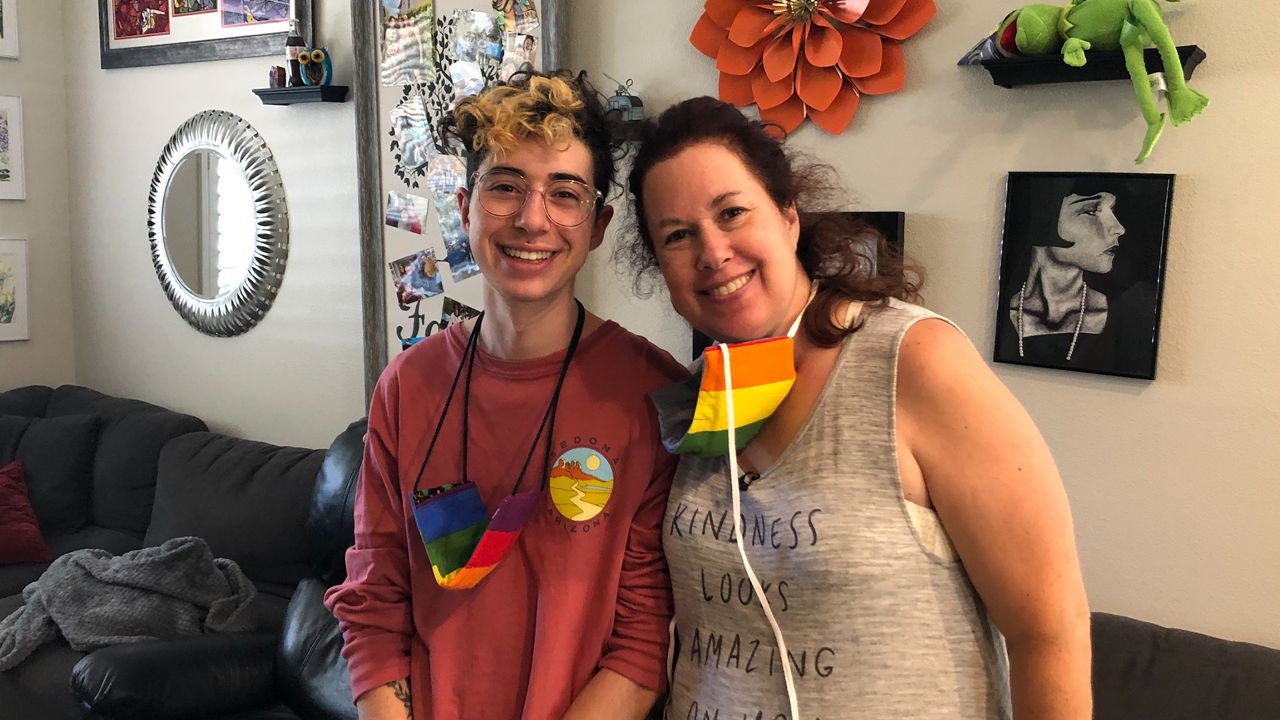 Every mask that is made is a step closer to opening a space for the LGBTQ community in the Santa Clarita Valley. They’re being made by 19-year old Finley Walker.

Finley is gay and transgender but when he first transitioned, his only resources were found outside of the Santa Clarita Valley in the city of Los Angeles.

“That introduced me to a lot of queer people, it helped me kind of figure out, solidify my identity as well as get me in touch with a therapist, a gender therapist,” Finley said.

He said his experience made him realize the lack of resources there are for LGBTQ individuals in the Santa Clarita Valley.

“So my mom and I were like, you know what we gotta fix this and so I thought it’ll take awhile but it’s so thing that’s needed here,” Finley said.

“I mean, there’s just no resources here and so that’s why we feel that it’s so important to develop, to build an LGBTQ center in Santa Clarita that offers social services, that offers social groups and counseling and advocacy just everything we can do to meet the needs of this population,” Dawn Walker said.

So far, their GoFundMe page has raised about a thousand dollars. Finley and his mom also released a survey about the proposed center and got about five hundred responses from people living in the Santa Clarita valley. They said the overwhelming majority were positive.

Finley said he hopes the community will embrace the new center especially since the city recently proclaimed June as pride month for the second year in a row.

“That’s great and it’s so important that that’s been done but there’s still much more that needs to be done in this community,” Finley said.