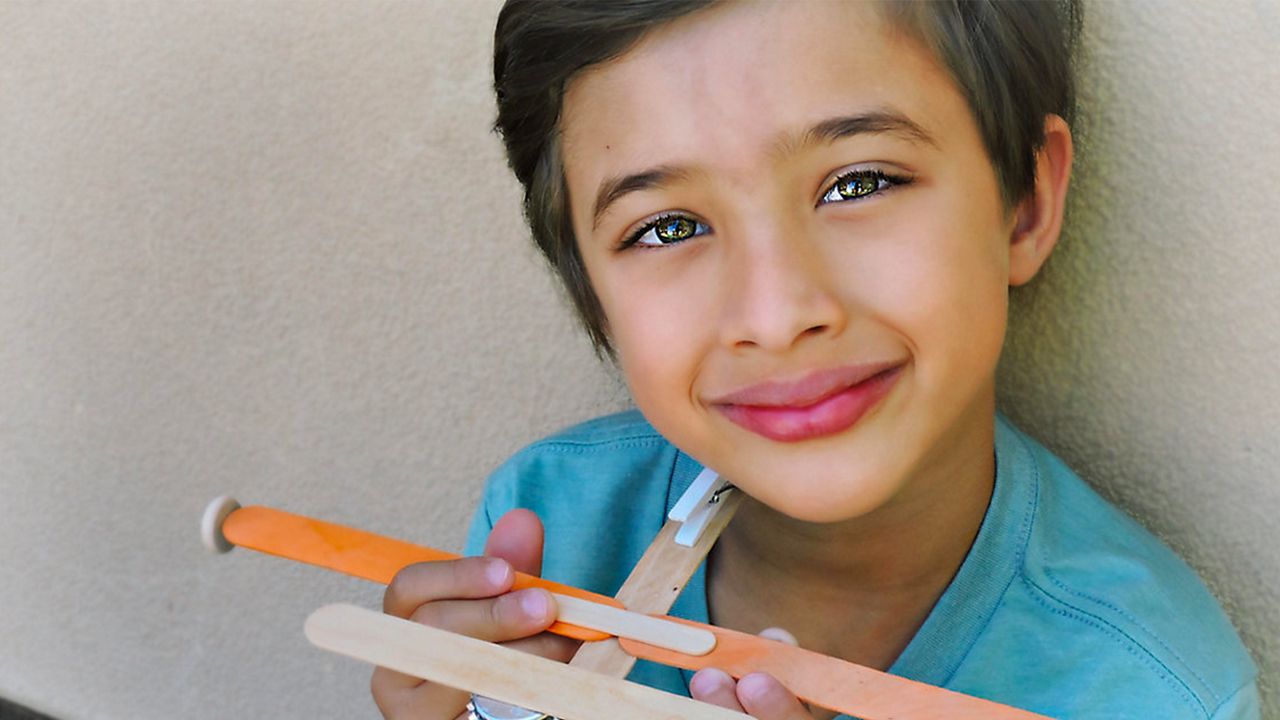 LOS ANGELES – Being creative is one thing. Being an entrepreneur is another and for 6-year-old Nicholas Bubeck, he has combined both during the pandemic by starting an online business selling craft airplanes.

“One day, my mom brought out this huge box of crafts,” said Nicholas. “Then I made a plane. My brother tried to take it away, so then I made one for him. Then a lightbulb went off and I said, ‘Hey, my business should be making craft planes!’”

Normally, the Bubeck family would be summering in SoCal but this year they are sheltering in place in Arizona and Nicholas has been busy filling orders, making all his planes and plane kits by hand. He says he likes planes because they can carry your imagination with them.

“I like exploring different places,” said Nicholas. “But we all can’t travel right now because of the coronavirus, so that's why I made these planes, so you can imagine that you're traveling.”

Nicholas' mother, Nadine Bubeck says it was important for her that Nicholas stay busy while at home during the pandemic.

“My whole thing during quarantine was, yes, we’ve got to do some worksheets, but we have to do something different,” Nadine explained.

Nicholas' mom has been helping her son develop his creativity and business acumen because the skills he is learning are not ones that are taught in school.

“He sat with me while we bought the domain,” Nadine explained. “He came up with [the business name] 'Creations By Nicholas,' and I literally let him hold the laptop and walked him through building a website.”

Now, some of the proceeds, after business expenses, are going to the Triple Heart Foundation and to families directly impacted by COVID-19.

“He also has that giveback spirit,” said Nadine. “That's making him feel personally rewarded. I hope it is. I mean, he's only six.”

And how is this 6-year-old handling the responsibilities of owning his own business?

“I'm still getting used to it,” said Nicholas.

Nicholas fills several orders a day says Nadine. Those interested can find the budding entrepreneur online at Creations By Nicholas.