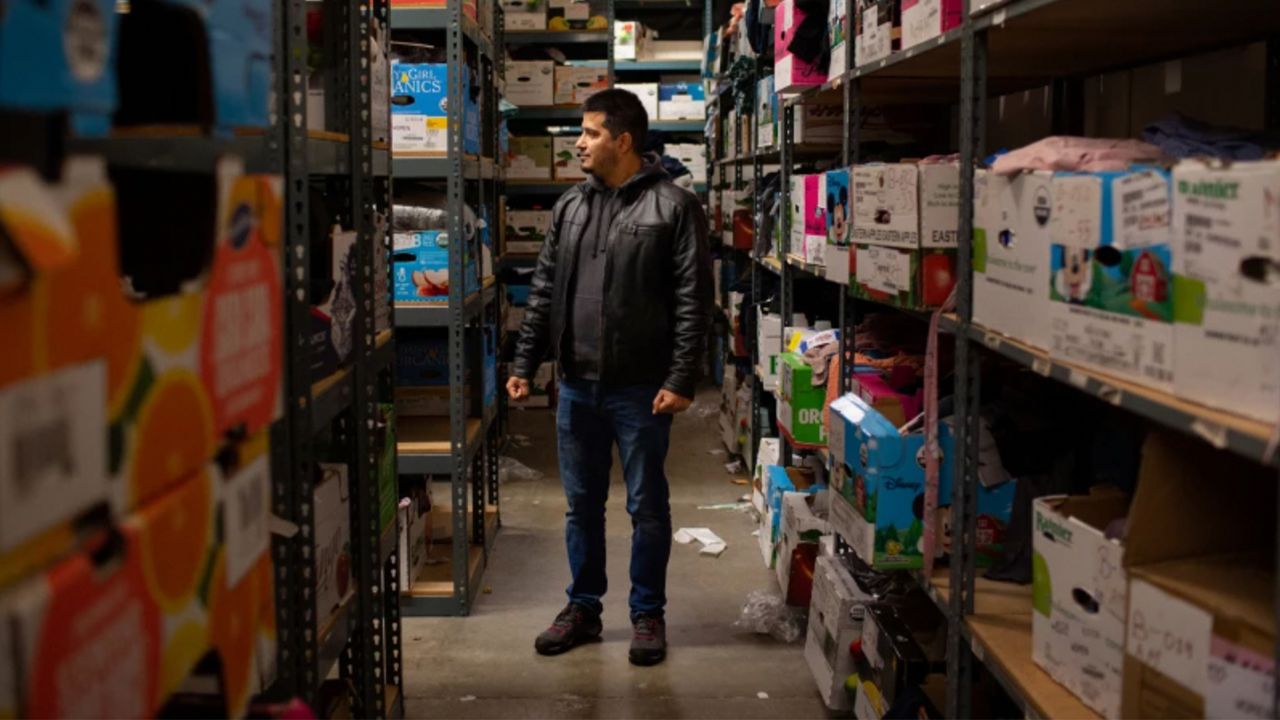 Parents plead with U.S. son to help them flee Afghanistan

The United States evacuated more than 120,000 people from Afghanistan before the withdrawal of U.S. troops in August and subsequent takeover by the Taliban. But thousands of at-risk Afghans remain inside the country today, their lives on the line and increasingly desperate to leave. The pressure to help them is falling squarely on the shoulders of families living in the U.S.

In an interview for "LA Times Today," reporter Anita Chabria and Emal Salarzai joined host Lisa McRee to share the story of a community in crisis.

Many Afghan refugees who managed to get out remain in "lily pad" third countries, waiting in transit to final destinations.

"We have about 60,000 Afghan refugees on military bases here in the U.S. waiting to get to permanent locations. But still, in Afghanistan, tens of thousands of people feel that they are at great risk from the new government for the help of American troops and the American mission when they were there. And those people are trapped and trying to get out on some of the few available charter flights that still are leaving," said Chabria.

'When will we get out?' Parents plead with California son to help them flee Afghanistan https://t.co/ILxq3Ol3Zm

About 600 people have gotten out since the withdrawal, but it has been primarily through nonprofits in these third-party countries. Salarzai mentioned that he and his family served in the U.S. forces.

"My father worked as a police officer for 45 years. And when the U.S. came to Afghanistan, we moved from Pakistan, and he joined back his work, and his last work was as a liaison for the Presidential Information Communication Center," Salarzai said. "When he worked there, he was sharing all intelligence with the big authorities of the Afghan government and the U.S. representative for the president in the presidential palace."

Salarzai says he has not spoken to his father in weeks and does not know where he is.

"Day by day, the circle is closing, especially for my dad. Once in a while, he calls me through his friends or family members and lets me know that he is safe. But he is on the move every day and every night," he said.

Like Salarzai, many Afghans in the U.S. are desperately trying to get to their loved ones, and they feel powerless.

"It is a moment in the Afghan community of great tragedy and great pressure across Afghan communities, especially here in California. We have so many people who came on special immigrant visas, which were the visas for those who helped U.S. troops; they are here in California and are getting these calls every day. They are getting these pleas that the circle is closing, and there is no official channel. It is just volunteers, veterans, some folks in government who are trying to make something happen. But the United States is not conducting publicly, at least airlifts out," Chabria added.

The pressure on those living in the United States to help families abroad is traumatizing Afghan communities — especially special immigrant visa recipients such as Salarzai.

"Since the withdrawal of the U.S. and since the evacuation happened, the one question I always get, whenever I get a chance to speak with my parents, is 'when will it be our turn to be evacuated?' And that's very frustrating for all other Afghans that have their family members inside Afghanistan. It's not only the evacuation, but it's also the collapse of the economy, the fact that people don't have jobs, people don't have anything to eat for days. And the Taliban, I think, is not in the place where they can help those people," Salarzai said.

Chabria says the Biden administration has said it is committed to helping all vulnerable people in Afghanistan.

"They have created an internal group within the government that's meant to streamline the U.S. government response. But the truth is that the U.S. is no longer in Afghanistan, so we are reliant on ally countries like Qatar and NGOs and charities to arrange any flights and get people out. And it is a disjointed and unreliable process," Chabria said.