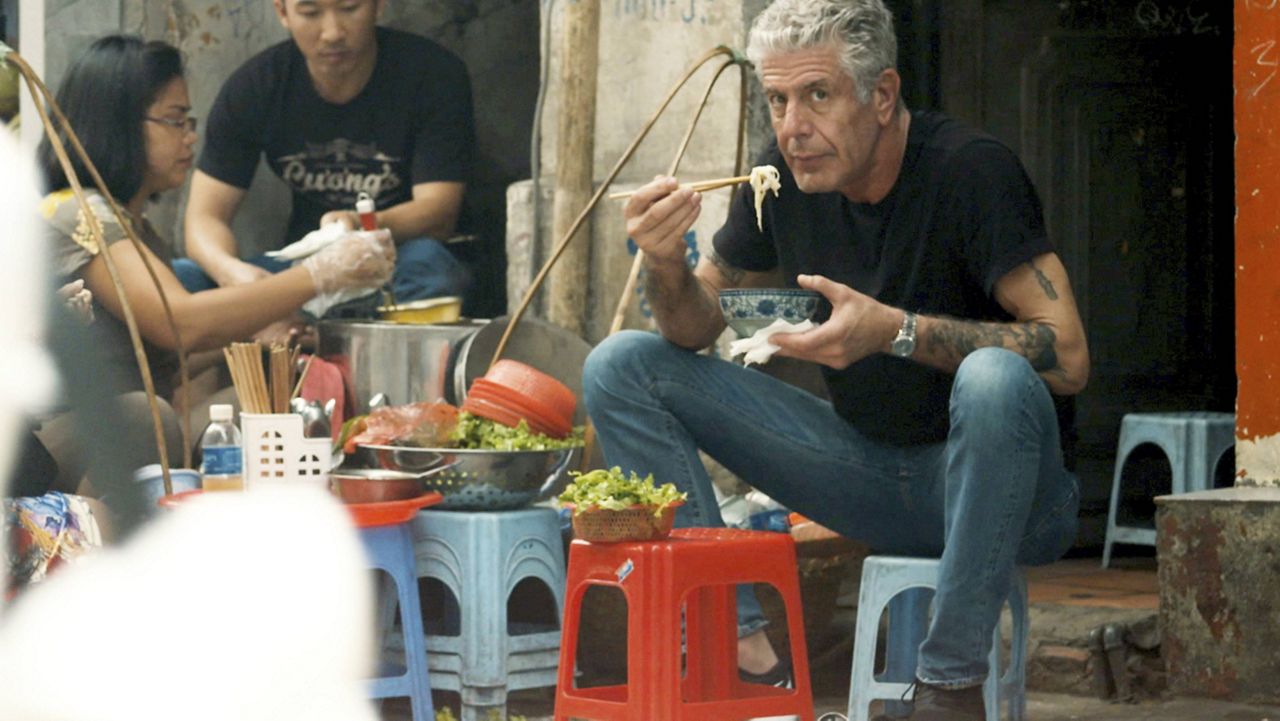 Anthony Bourdain was a beloved storyteller, chef and adventurer.

Bourdain, who died by suicide in 2018, took his fans on gastronomical and worldly adventures that kept us on the edge of our seats.

Now, director Morgan Neville takes us inside his life and personal story with a new film, "Roadrunner."


Neville admits that he never met Bourdain but was curious to learn about the different parts of his life.

"I think there are a lot of external stories people told about him and friendship stories people told about him. But Tony was an international man of mystery. And I think really his death and the kind of shock of his death left a lot of questions in people's minds. You know, how do you reconcile this smart, brilliant world traveler with a person who would kill themselves? Like I think people, myself included, couldn't piece these things together. And so I think part of me wanting to make the film was trying to figure out who this whole person was out of all these different puzzle pieces," he said.

According to Neville, Bourdain was a brilliant, complicated man who hated perfect answers.

"He was somebody who had different relationships with virtually everybody in his life. He presented a slightly different version of himself. He was always shape-shifting in that way. And, I think we come up with a lot of reasons and thoughts about it. But also, I'm reluctant to find a perfect answer for everything because Tony hated perfect answers. He hated the idea of trying to simplify anything down to a simple answer. So in a way, that gave us permission to swim out into the ambiguity of this incredibly complex personality and try and understand it in a way where everybody can take away their own answer. And we don't have to kind of spoon feed it to you because Tony would have hated that," he added.

Lifted from a cornucopia of footage, Anthony Bourdain's voice welcomes us into the opening scenes of “Roadrunner,” a restless and anguished new documentary that proves to be as much about his death as it is about his life.https://t.co/EXIIuZ5IoT

Bourdain also had an addictive personality, and at one point, was addicted to heroin.

"I think Tony was more influenced by the time he came of age, which was graduating high school in 1973. Someone shaped by the Vietnam War, shaped by an anti-establishment, and shaped by drugs from an early age. And when I started making the film to start to get into his mind, I actually went through and found every song he ever mentions in every book, every podcast, every interview. And I put together a playlist that was about 18 and a half hours long. I shared it with everybody working on the film. And that was our soundtrack to make the film. And a lot of the soundtrack of the movie itself comes from those songs," Neville said.

Before Bourdain became a chef and adventurer, he considered himself a writer more than anything.

"He liked being called a writer. I think fundamentally, that was close to him and his soul. I think his point of view was what people came to him for; it wasn't just him traveling somewhere, but his subjective view about it and certainly his narration of how he saw a place and what he took away from it. And that's something that I felt like the film had to have some of that DNA in it," Neville added.

Before Neville even thought of making the film, he came up with the title "Roadrunner" after listening to a song with that same title.

"It's just one of those things that stuck, and the more I got into the film, the more it started to resonate because it's not just the song or the cartoon or anything else. It's somebody who was in perpetual motion; perpetual motion to find the next thing; to discover the next thing to eat, and the next thing to go, in hopes that that might make him happy or fix him in some way or give him new creative energy. And that restlessness is both what we loved about him, but also something that was one of his flaws that really was in some ways, his undoing."