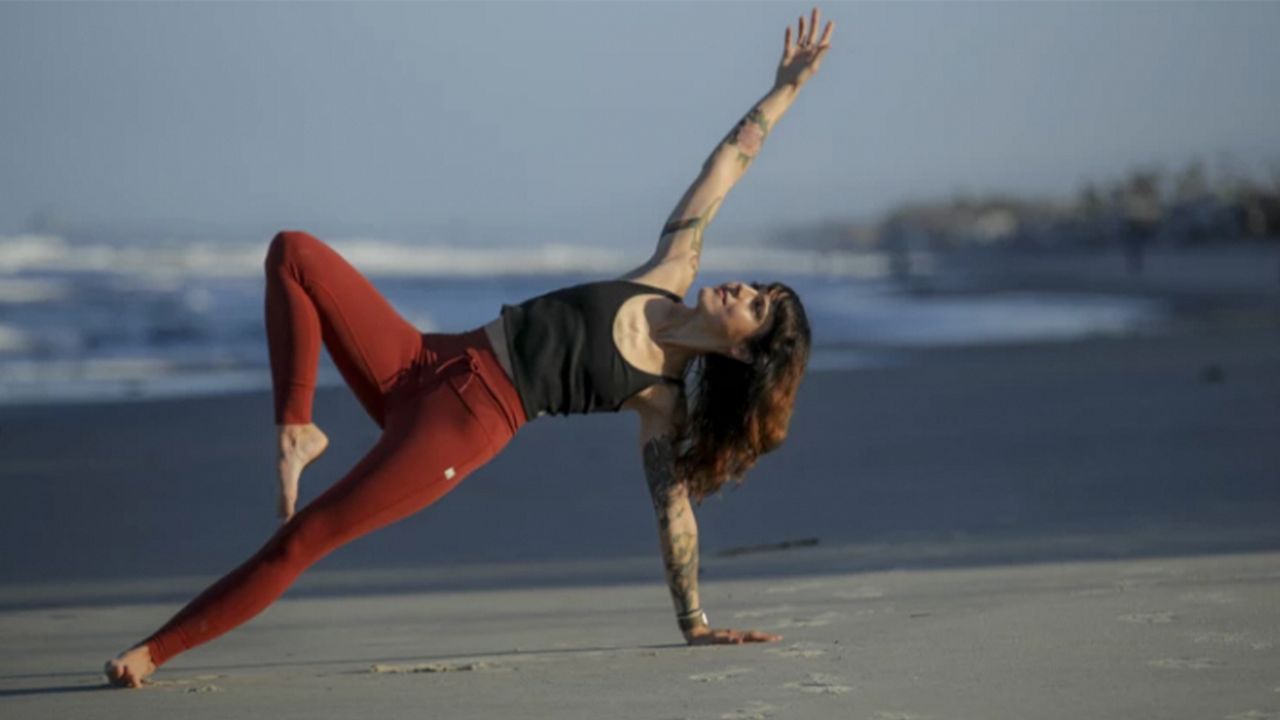 Whether it is yoga, meditation, or energy healing, Southern California is the heart of U.S. wellness culture. But during the pandemic, the spirituality community embraced something new: QAnon.

While wellness culture and different spiritual practices are common in Southern California, specific conspiracy theories have also been infiltrated within the wellness community.

"So people who follow the New Age community say that it's always been kind of primed for this world view. There have always been some conspiracy theories that have floated through the water in the New Age world. And there's also a tendency to distrust what we might call institutional thinking or institutional beliefs. That includes, of course, Western kinds of standardized medical care, including vaccination. And of course, the anti-vaccination thread is a massive one that runs through this community, as well as just kind of a general openness to ideas that might seem a little bit outside the mainstream. Some people call it magical thinking, but kind of a willingness to look for hidden patterns and meanings and things in everyday life that people who aren't particularly part of this community might not look at or would dismiss out of hand," said Nelson.

Once the coronavirus pandemic began and restrictions were put in place, the wellness community shifted to social media.

"The first is just that, as with everything else, the in-person stuff got closed down. So you couldn't go to yoga in person, you couldn't go to meditation rooms. You can't go to sound healing like you used to or ecstatic dance parties or whatever it might be. And the second is that all of that chatter moved online. So at the time that you can't be with people that, you know, kind of comforting in-person spaces. There's also a lot of stuff unfolding over social media, especially across Facebook and Instagram, and coinciding with kind of a spike in skepticism and conspiracy theories surrounding the pandemic itself," added Nelson.

Last spring, extremist researchers began to note that bigoted, far-right ideology was being laundered on Instagram. And all of those strategies are now being employed as a recruitment tool for QAnon. That recruiting tactic is called "pastel QAnon" and is mainly aimed at women.

A world that has long embraced love, light and acceptance is now making room for something else: QAnon.

My story on the creep of far-right extremism into Southern California’s world of health, wellness and New Age spirituality, and the pain it’s caused: https://t.co/0LN8ZGy9Y9

"We all know the Instagram aesthetic, whether it is sunset photos or food photos or those little educational slides like jewel tones or earth tones. So visually, the materials look the same as anything else you would see on Instagram. But it's a way for it to kind of slip through the mainstream and enter the bloodstream of new people who are already looking at that type of content," said Nelson.

Nelson says she spoke to a former yoga teacher named Laura Schwartz, who saw QAnon-related content on her feeds.

"So, this woman used to be a yoga teacher in Virginia, and she had a close associate who became very anti-vaccination at the start of the pandemic. But something really changed in the first couple of months of the lockdown, which many people had told me that in March, April, May when everything was closed. People couldn't see each other; there was this kind of hard spike in anti-government, anti-public health order, anti-mask, anti-vaccination sentiments. And that has metastasized into all this other conspiratorial thinking. So Laura Schwartz actually ended up moving across the country, partly because this relationship completely broke down over QAnon beliefs. Now she's a yoga teacher in Carlsbad where she's been seeing some of this display, as well," said Nelson.

While it is difficult to quantify how much QAnon has impacted the wellness community, Nelson says readers have told her this is tearing friendships and families apart.

"I think the hurt and the anger are really palpable. There is a tendency for some people, I think, to stare at people in this community who maybe believe the types of things that they don't personally believe. But at the end of the day, I think the hurt is very real. I have heard from people who have lost dear friends, including some people who are quoted in this piece, someone who ended up breaking off an engagement over this, people who have lost their jobs. The hurt and the anger and the shame run deep," Nelson added.