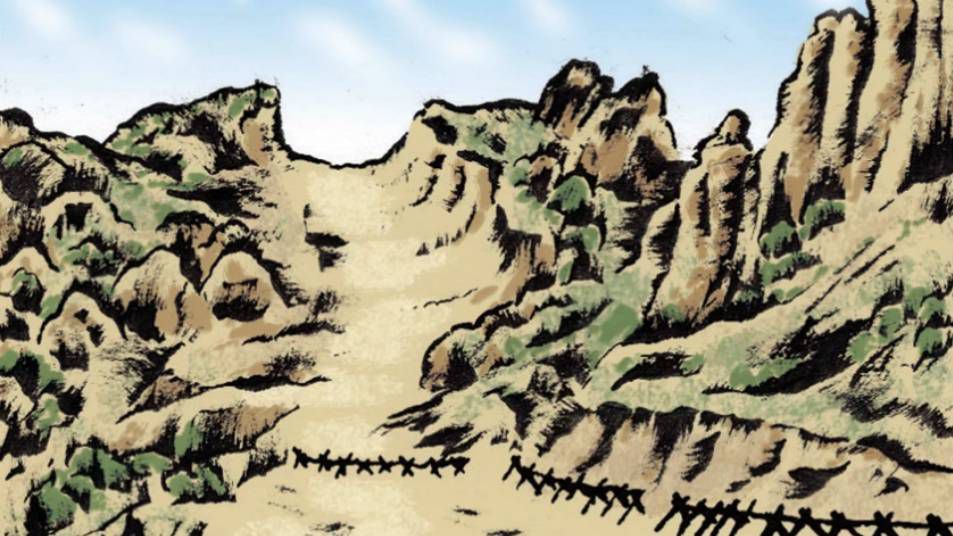 Kevin Pyle is an author, illustrator and teacher who turned his recent return to the southern border into a graphic Op-Ed for the Times.

Kevin joined host Lisa McRee to talk about his experience.


Pyle said he wanted to revisit the border to see what was built during the Trump administration.

"When I was there in 2016, I had a visceral reaction to the 18-foot wall. I went back to areas where they have torn that out. It was only built in the 90s, and now it is twice as high – it is like 30 feet tall. It is eerie, and it is shocking. And as much as I tried, the images can't even really capture how surreal it is."

One of the things that stood out to Pyle was old fencing lying in piles throughout the border.

"As we drove along the border, we would see these big piles of old fencing. And it seems that rather than extend the wall they had, they tore out pieces that were the newest sections of it and built this larger wall. Basically, just building it bigger in some of the same areas. My theory is that they couldn't get permissions for the other areas or take more time, and they want to get something done. But, it is shocking to come over a hill and see a big pile of rusty metal," Pyle said.

While many people supported the wall during the Trump administration because of the lack of border security, Pyle understands that point of view but says it is part of a more significant issue.

"It is an incredibly complicated situation. And that's one of the reasons I focused on the experience of seeing the world because to get into the policy in a 12-page comic is not possible. And frankly, it's complicated. But a bigger wall is not a complicated solution to a complicated problem. To me, it just seemed like such an obvious gesture of frustration,” Pyle said.

During his trip, Pyle met an artist named Alvaro Enciso, who honors migrants who have passed away while trying to cross the border.

"The wall was built in the 90s to kind of funnel people to the worst, most difficult parts of the desert. It was called prevention through deterrence. So many people have died out there. And they were found, and he felt compelled to mark, to memorialize them in some way. I think he wants to maintain their presence in the desert. He wants people to remember that they died away from family, away from friends. And a fair amount of them are not identified. So the idea is to mark their existence in some way,” he said.

Pyle has done illustrations for other books on immigration and said he chooses artwork to offer a different way to tell a story.

"I do feel like the combinations of words and pictures offers a dialog that happens between relatively straightforward language and more emotional pictures or, in this case, sort of more lyrical language with evocative pictures of landscape. And I feel that combination allows the reader to sort of fill in the gaps, and it gives them some emotional room to experience a situation,” he said.