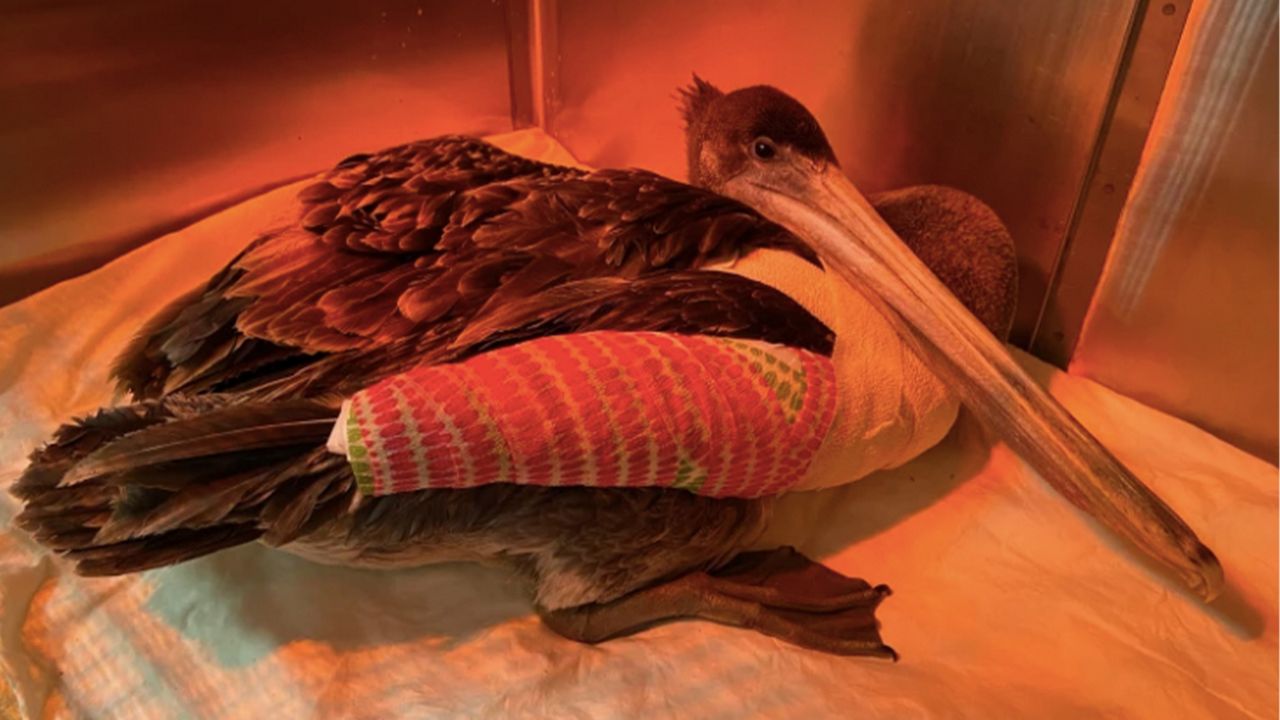 A disturbing trend has emerged along our Southern California coast: more than 20 pelicans have been treated at a wildlife hospital because of broken wings. They are deadly injuries that may have been caused intentionally — by humans.

And now, the animal legal defense fund is offering a $5,000 reward for any information. In an interview for "LA Times Today," Times staff writer Leila Miller joined host Lisa McRee with the details.

California's Department of Fish and Wildlife has opened an investigation into both the pelicans with wing fractures and reports of brown pelicans that have been found near marinas with straight slashes across their pouches.

"Since October, about 22 pelicans with a broken bone on their wing called the humerus bone have been showing up on Orange County beaches. It's a bone that can take a lot of force, so it is difficult to break. And experts that have been treating these pelicans are suspicious and are saying that it might be human-caused," Miller said.

Miller says this is not the first time pelicans have been injured this severely.

"Officials are also looking at other series of injuries that we have seen in 2019, 2020 and 2021. A different wildlife center found pelicans that have been showing up with a slash across their neck," Miller said.

It is unclear who is responsible for the pelicans' injuries, but Miller says none of the injured pelicans survived.

"None of them survived. They all had to be euthanized, unfortunately, by the wildlife hospital in Huntington Beach. It is very costly to treat these injuries. A veterinarian there told me that it could cost anywhere from $1,000 to $2,000 to treat and rehabilitate the pelican for months."

Meanwhile, in this current investigation, officials told Miller that there are no leads.

Who could be hurting these California brown pelicans? My latest —> Severe wing fractures in pelicans raise fears of a human culprit https://t.co/BVfgv7kFkf

"It seems like they do not have anything very significant yet. They have received a few tips. They have a tip line that was that people could call in to report any information. But right now, they are still looking," Miller said.

The number of pelicans in the wild in California plummeted a few decades ago because of DDT. They were classified as federally endangered in 1970 but unlisted in 2009. According to a wildlife biologist, there are an estimated 150,000 to 200,000 California brown pelicans. And officials say the only breeding colonies in California are within the Channel Islands National Park on Anacapa and Santa Barbara islands. And the average annual number of nests between 2016 and 2020 was 6,000 and 1,400, respectively.