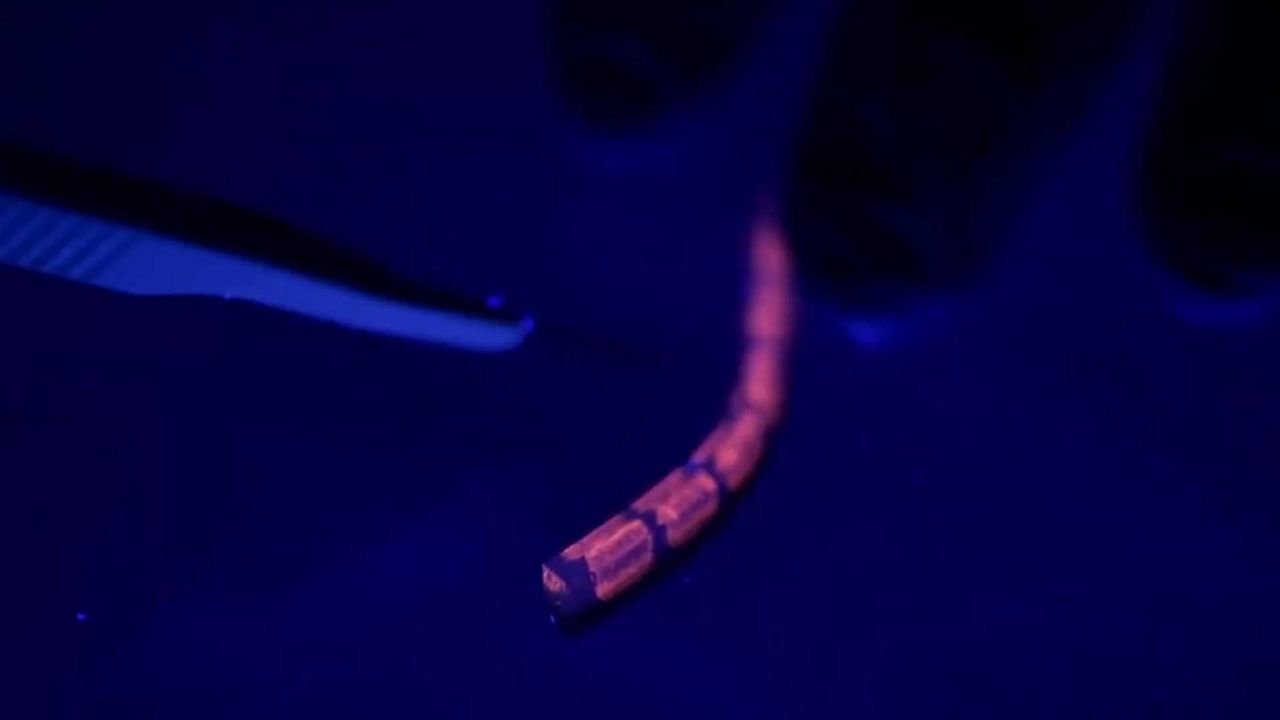 City of Hope does around 800 stem cell transplants each year. (City of Hope)

For nearly half her life, Raeleen Enger has been fighting cancer.

"He's been through it all with me," she said while petting her pug Jonas.


Enger was first diagnosed with leukemia during her junior year of high school.

"I missed out on a lot of stuff, just things that kids think are important, like parties and stuff like that," she said.

But despite multiple rounds of chemotherapy and a bone marrow transplant from her brother, cancer returned a third time. Doctors suggested she enroll in a clinical trial for CAR T-cell therapy.

"Hopefully this saves my life because there's really no other options at this point," she said.

"These therapies are really going to change medicine. It's fundamentally changing medicine from treating a disease over a lifetime to one-time cures," said Joe Gantz, local documentary filmmaker and director of "Ending Disease."

CAR T-cell therapy is one of the treatments discussed in the film about regenerative medicine.

"Little by little, I got more and more permission until I was following 10 clinical trials," Gantz said.

Gantz spent five years on the film to capture the impact of California's commitment to pushing the frontier of medicine.

"Scientists had a sense that if people could see all that can potentially be gained with stem cell research and regenerative medicine, then maybe it will be a breakthrough in people's thinking and they'll be more open to it," he said.

Although not all the trials were successful, Gantz said the results were impressive and promising, especially for Ryan Custer, a former college basketball player at Wright State in Ohio.

"He suddenly found himself paralyzed from the neck down, and now he's able to move his arms and has pretty good movement with his hands," Gantz said.


It also helped another woman with a degenerative eye disorder regain some of her vision.

"Before regenerative medicine, diseases of the central nervous system like the brain, spinal cord and the eyes had no treatment," Gantz said.

“There’s some disease for which we do transplants where the cure rate is 90%,” said Dr. Stephen J. Forman, who specializes in stem cell treatments and CAR T-Cell therapy.

City of Hope does around 800 stem cell transplants each year, with many coming from bone marrow, but researchers say none come from human embryos, which remain controversial.

"I think that most people that I talk to don't know how far along this is," Gantz said.

“If you pause and look back on what’s been achieved over these last few decades, it’s pretty remarkable and you just wish you could go faster,” Dr. Forman said.

As for Enger, she's got her life back. She got married last year, and her leukemia remains in remission, thanks to some innovative therapies revolutionizing medicine.

Let "Inside the Issues" know your thoughts and watch at 8 and 11 p.m. Monday through Friday on Spectrum News 1.