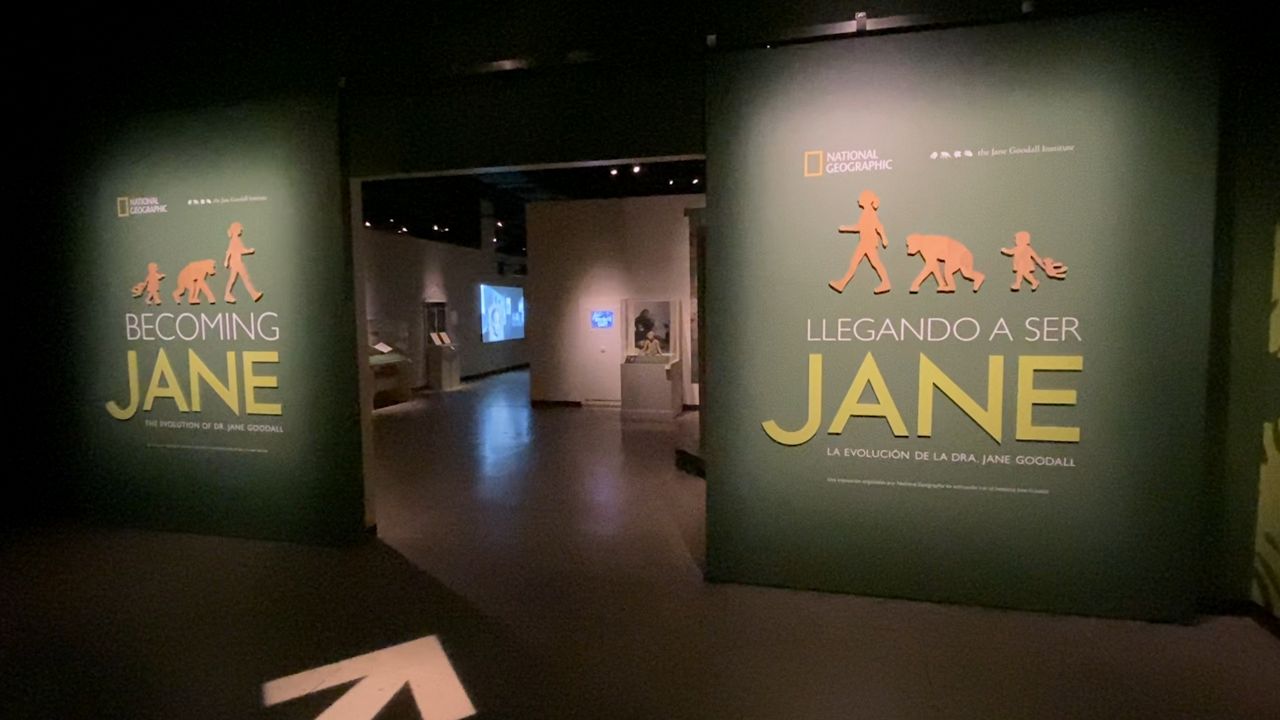 "Becoming Jane” is a new exhibit that made its West Coast debut in November at the Natural History Museum of Los Angeles County. (Spectrum News 1/Ariel Wesler)

Jack Henerty did his best impression of a chimpanzee — an animal with which he shares more than 98% of his DNA.

In fact, they’re the closest living relative to humans.


Henerty was enjoying "Becoming Jane," a new exhibit that made its West Coast debut in November at the Natural History Museum of Los Angeles County.

Henerty visited on a field trip with his 2nd grade class from Monroe Elementary Language Academy in Santa Ana.

"It’s really exciting for the kids. They just studied Jane Goodall in class this week, so it’s great for them to actually see the exhibit and pair it with what they were learning in school," said Madeline Henerty, Jack's mom.

Visitors can explore the life of Jane Goodall and her work with chimpanzees in Africa, including a hologram of Goodall herself to a replica of her research tent. Madeline says it’s been a great learning experience.

"Just like Jane took notes on all of her expeditions...they too can record their findings all around," she said.

Because of the pandemic, the exhibit opened a year later than planned, but when it finally did, the museum’s president and director got to chat with Goodall online.

"I was with the chimps about 1.5 years, gradually got their trust. [It] took a long time. [I] saw tool using, tool making. That was a breakthrough," Goodall said during a Zoom interview.

Despite having no formal training, her observations forced the scientific community to redefine what it means to be human.

"It’s amazing to have an opportunity to speak with a living legend. She’s remarkable," said Lori Bettison-Varga, president and director of the Natural History Museum of LA County.

"She is so down to earth, but boy is she clear on the message she wanted to deliver," Bettison-Varga said.

That message is a call to action for adults and children to care for their natural world and the animals in it.

An activity near the end of the exhibit asks guests to pledge to change their own behavior and help save the planet.

"Bizarre that the most intellectual creature that’s ever lived is destroying its only home," Goodall said.

"Unless we’re living in poverty, we get to choose what sort of impact, what we buy, how we behave," Goodall added.

And she hopes young people like Jack will take the lead.