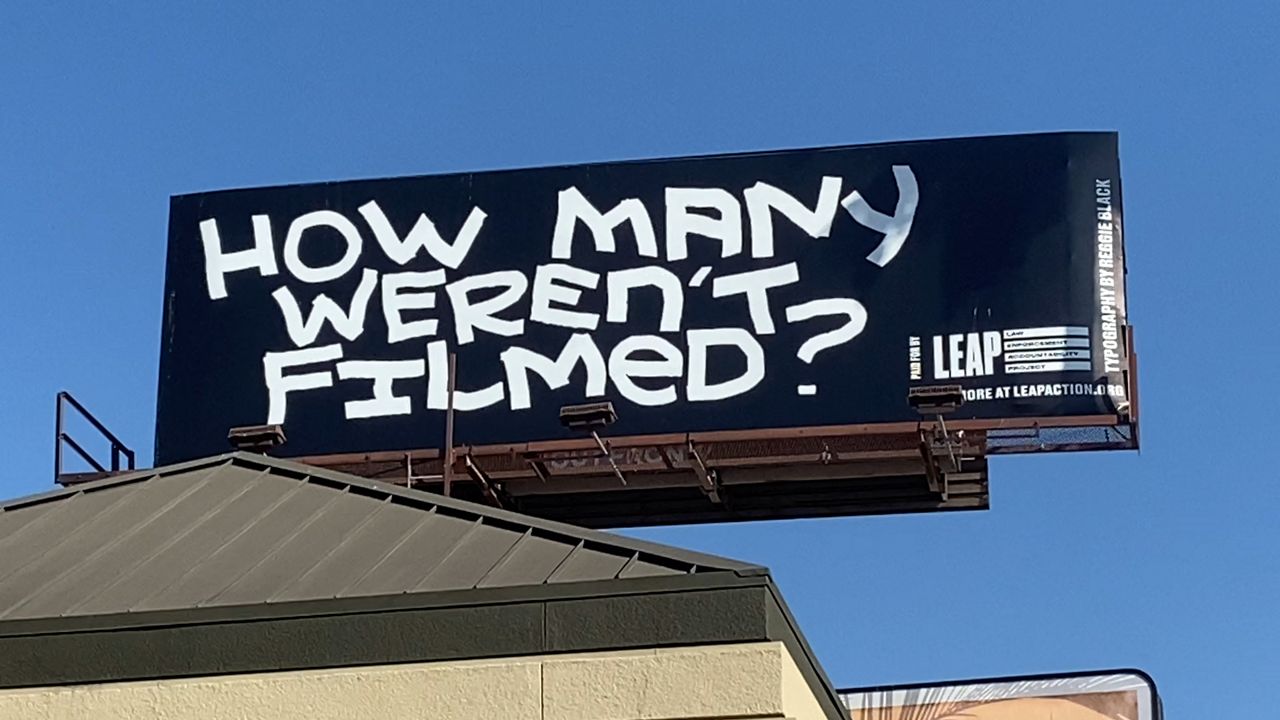 The billboard towers above one of the busiest intersections in Los Angeles. (Spectrum News 1/Inside the Issues)

LOS ANGELES — It towers above one of the busiest intersections in Los Angeles and the latest billboard at Sunset and La Brea has a provocative message: "How many weren’t filmed?"

"I wish it wasn’t the case where we had to do this work and put that on such large scale, but here we are in the country, and it’s really a question that should impact us all," said Reggie Black, a multimedia artist who deals primarily in typography.

Black was commissioned to create this piece for LEAP, the Law Enforcement Accountability Project, which provides grants to artists so they can raise awareness about the Black lives lost to police misconduct. In 2020, project leaders say that number was 248.

"It’s almost like a wake-up call, a call to action that those that are probably on the other side of it or don’t necessarily agree with it can find a way to find some balance and understand," Black said.

Instead of using fonts, Black creates all of his artwork by hand.

"I always like to play with the brush strokes and the lettering to kind of give it its own identity," Black said.

LEAP first launched after George Floyd’s murder and has included works from artists across the country. Of all the phrases Black created for the project, this is the only one that asks a question.

"All the various officers who haven’t been charged, who are still living their lives, who are still working in their precincts...what we want to do is turn it back to the community and invite them to become partners with us," said Mercedes Cooper, senior vice president of public programming for Array, the grassroots group behind LEAP that was also founded by filmmaker Ava DuVernay.

"I do hope that it makes people stop and ask, 'What is that? What is that question asking, and why am I being asked this,' even if just for a few seconds," Cooper said.

And as important as it is to remember the victims of police brutality, Black says it’s equally important to highlight the officers accountable for the misconduct.

"We also have to say the officer’s name because what happens in this country all too many times is that a police officer, a white male, can murder someone and then go off and have a second or third life or write a book or be a normal citizen in this country," Black said.

In a country still trying to heal racist wounds, an artist is hoping to inspire the millions of Angelenos who pass by. 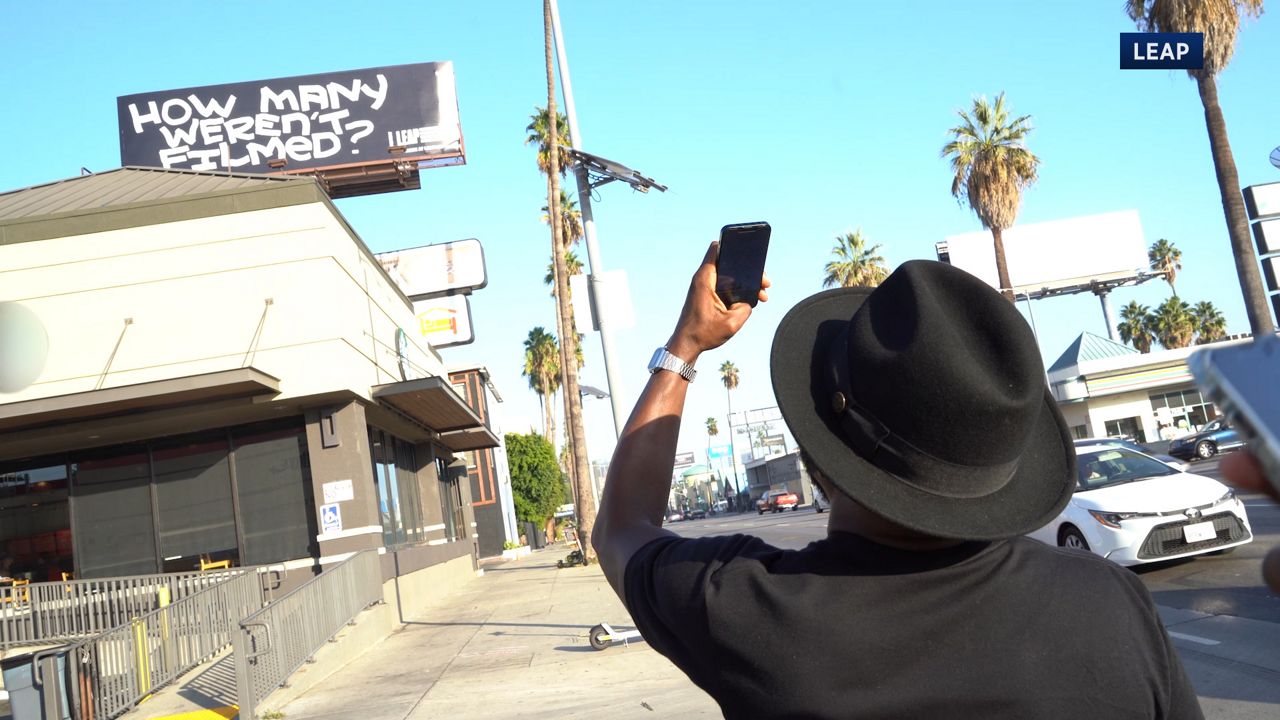