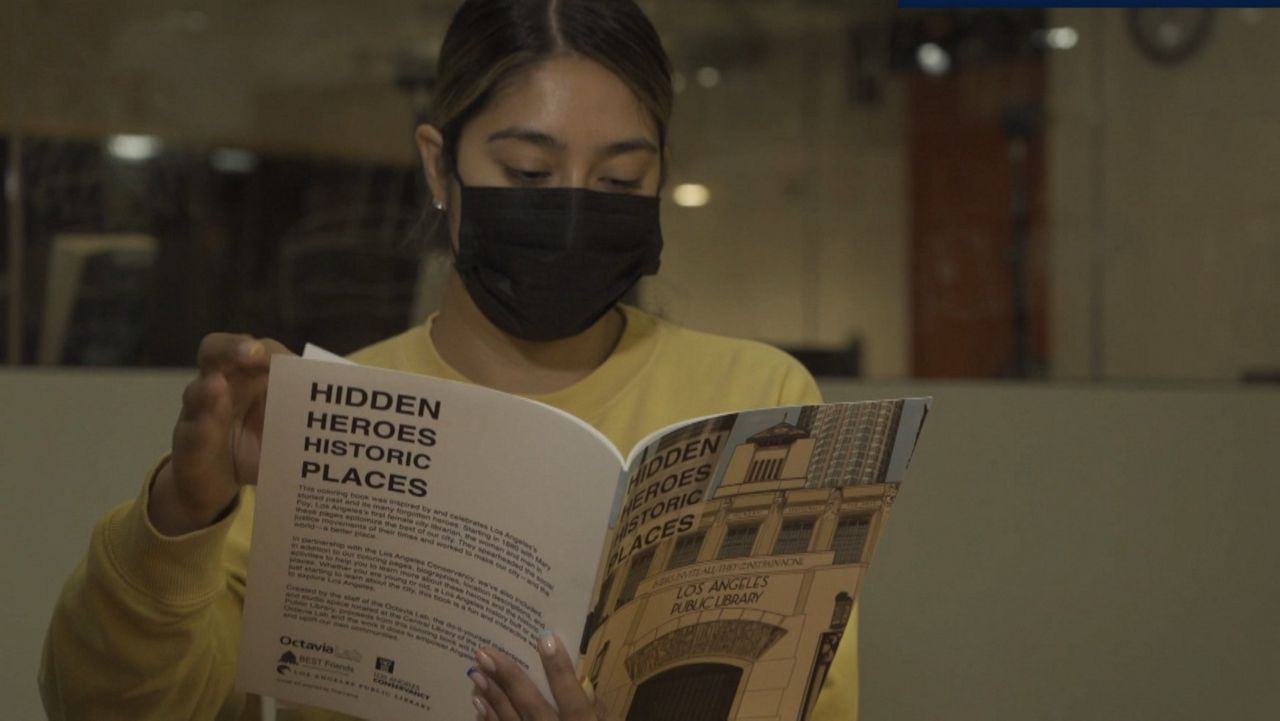 From Los Angeles' first female librarian to pioneers in social and racial justice, they are just a few examples of the people and places that pack the pages of a new coloring book.

Ha also manages the Octavia Lab, named for the late award-winning science fiction writer Octavia Butler. It's a maker space and digital lab that was a public resource until COVID-19 shut its doors. In June, Ha and her team came up with an idea.

"We started out with Octavia Butler's coloring sheet to celebrate her birthday, and then we just moved on," Ha said.

Every week, they have released a new coloring sheet on social media. It features lesser-known heroes from diverse backgrounds, but they all helped to shape L.A.'s history. The library used the hashtag Hidden Heroes, Historic Places.

"People kept saying, 'Do you have a coloring book? Like, can we buy these? I want a whole book,'" said Rachel Andersson, president of BEST Friends, a library support group.

They partnered with the L.A. Conservancy and put up the money to help publish and print a coloring book highlighting 15 of the coloring sheets.

"Not only kind of a way to pass the time, but also kind of cathartic and stress relief," Andersson said.

So far, the library says it's sold hundreds of copies and raised thousands of dollars. The money has helped the Octavia Lab 3D print face shields for essential workers all across L.A.

"It really is just so heartening. Everybody finds a story that they resonate with in this book," Andersson said.

And she hopes others will too, or simply become inspired to find the local heroes in their communities.

"You think of history as this big thing that happens to other people, but there is always a local story to history," Ha said.

She said the chances are somebody in your own family may have been part of a social movement or worked to bring about change.

"It's not people looking for fame. It's people who are just trying to do what is right."