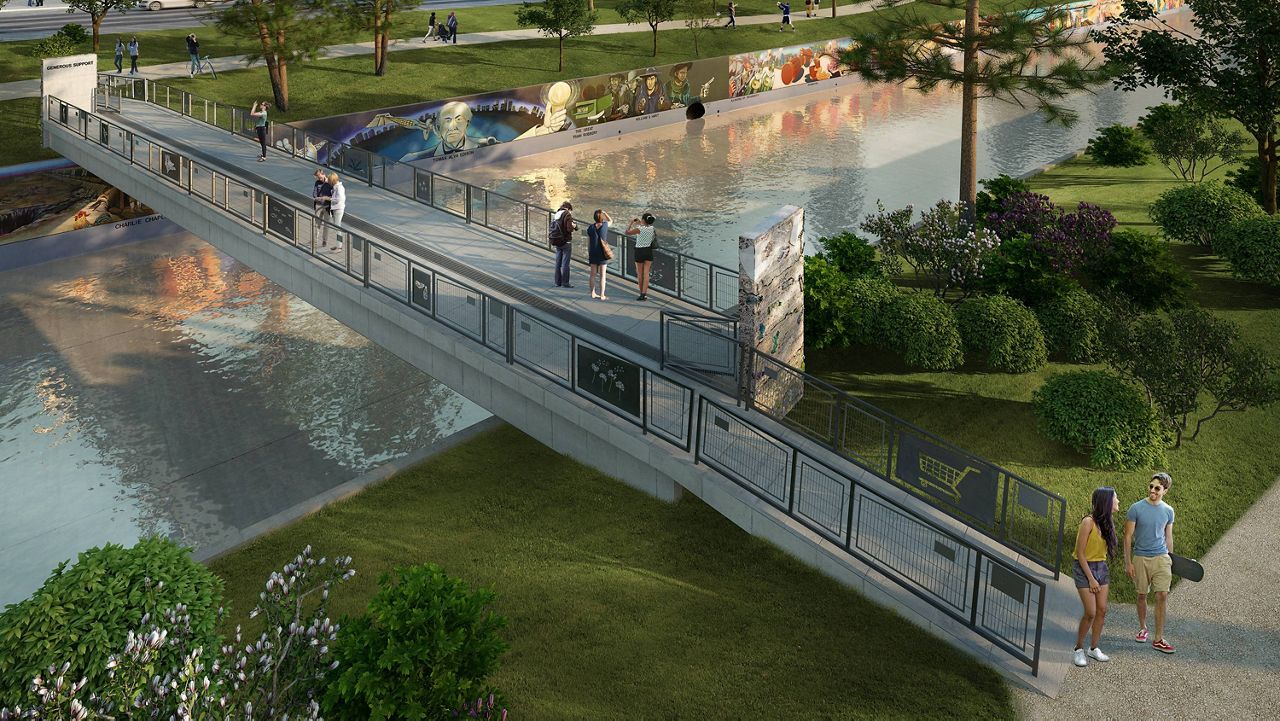 The Great Wall in North Hollywood is one of the longest murals in the world, a National Historic Site, and it reflects the rich history of diversity in Los Angeles.


"This is what it was like to paint inside the channel, for the young people to be working with Judy [Baca]," said Carlos Rogel, Executive Director of the Social and Public Art Resource Center (SPARC) while pointing to an old photograph.

More than 400 young people worked on the mural alongside Chicana muralist Judy Baca, who co-founded SPARC in the 1970s. The Great Wall of Los Angeles was its first mural.

"They were able to over many years from '76-'83 produce these incredible paintings that capture these histories that are often invisible or untold or left out of history books," Rogel said.

The mural features six sections with 86 titled segments organized by decade, telling the stories of immigrant and minority communities. It captures parts of California’s history from pre-historic times through the 1960s with a small nod to the 1984 Olympics.

Now, thanks to a $5 million grant from the Andrew W. Mellon Foundation, the Great Wall of Los Angeles is about to undergo a major expansion.

"Judy will be coming back with a team of artists to design another half-mile of mural that will take us from the 1960s all the way to 2020," Rogel said.

The next section of mural will wrap around on the opposite wall with the hopes of sharing immigrant and minority history with a new generation of young people.

"The excitement behind the funding is really because we are seeing in popular culture now, a conversation about interpreting monuments and being able to speak to what is the purpose of monuments," Rogel said.

"Just thought we’d take a leisurely stroll and have a look," said Melissa Wheeler, who is from San Francisco and was visiting friends in North Hollywood. She discovered the mural on the website Atlas Obscura.

"It’s just something pleasant for us all to look at.  It’s also possibly giving voice to other different voices," Wheeler said.

Along with the mural, the expansion will also include a bridge over the wash and signs that will teach visitors about some of the imagery and provide context. Lighting will also be installed for the entire mural by the fall.

"Our ultimate intention is to tie together the ecological impact of the development of Los Angeles and how it connects to the social stories that are represented in the mural," Rogel said.

His goal is to unveil the new section of mural in front of an international audience when they come to town for the Summer Olympic Games in 2028.