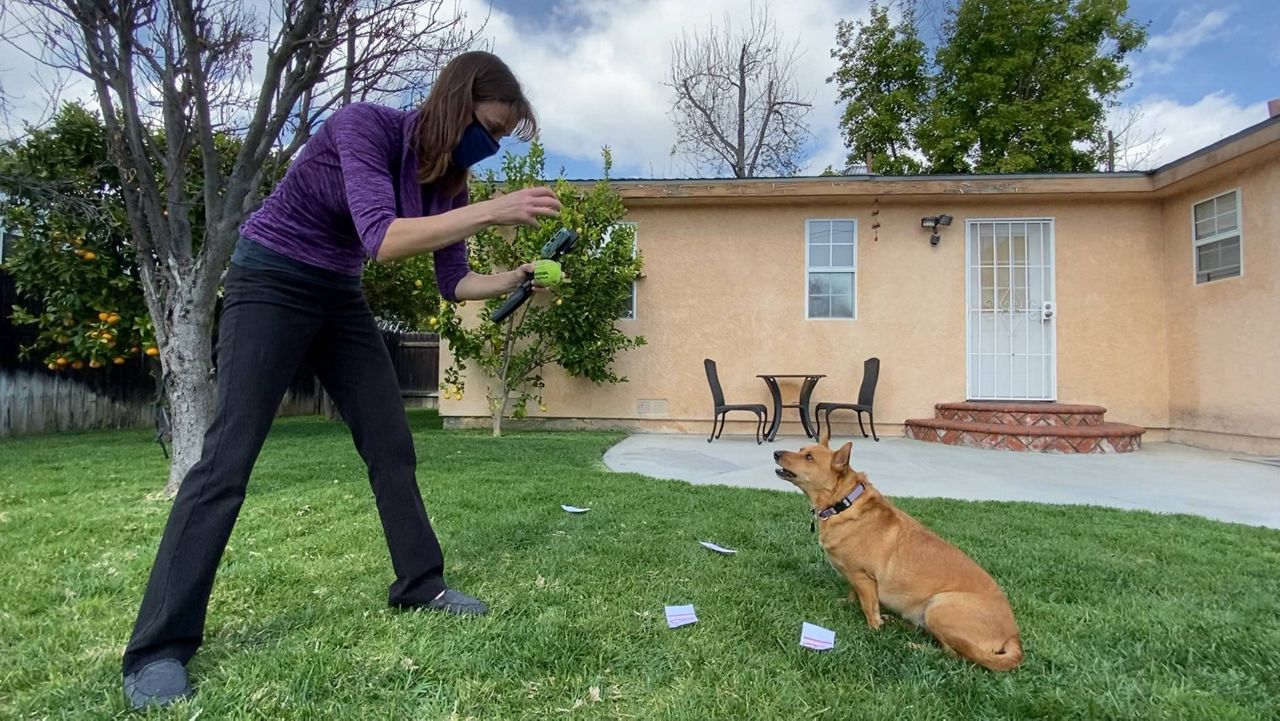 Professor Ginger and her human Jessie Beckkedahl teach kindergarten at Emerson Elementary School in Riverside, but they have also been making YouTube videos since the pandemic started.

"I started making silly videos with Ginger to kind of put a smile on their [students] face, to kind of stay connected even though we were at home," Bekkedahl said.

She adopted Ginger from a local animal shelter a few years ago. Once Bekkedahl comes up with a lesson plan, she uses a few tricks of the trade to get Professor Ginger to react.

"If I tell her speak, she'll speak. If I need her to sit, she can shake or high five," Bekkedahl said. "She loves the ball, so if I need her to go off the chair, I just toss the ball off-camera, and she runs away, but she just loves the interaction."

Bekkedahl has created more than 60 videos for her YouTube channel, Professor Ginger.

She said each video takes her up to three hours to produce, edit, and post. The videos have become a hit at her school and with teachers across the country.

"Somebody will say, 'Hey, we're doing letter 'Q' next week. What are you guys doing?' Just somebody on Facebook I do not know on a teacher group, and I am just like, 'Here I put this video out!' The other teacher will say, 'Hey, I use this in my class. I love it!'"

In one video, she's in her backyard to teach kids to count from 11-20. The numbers were jumbled on the grass, and Professor Ginger stepped in to organize them. 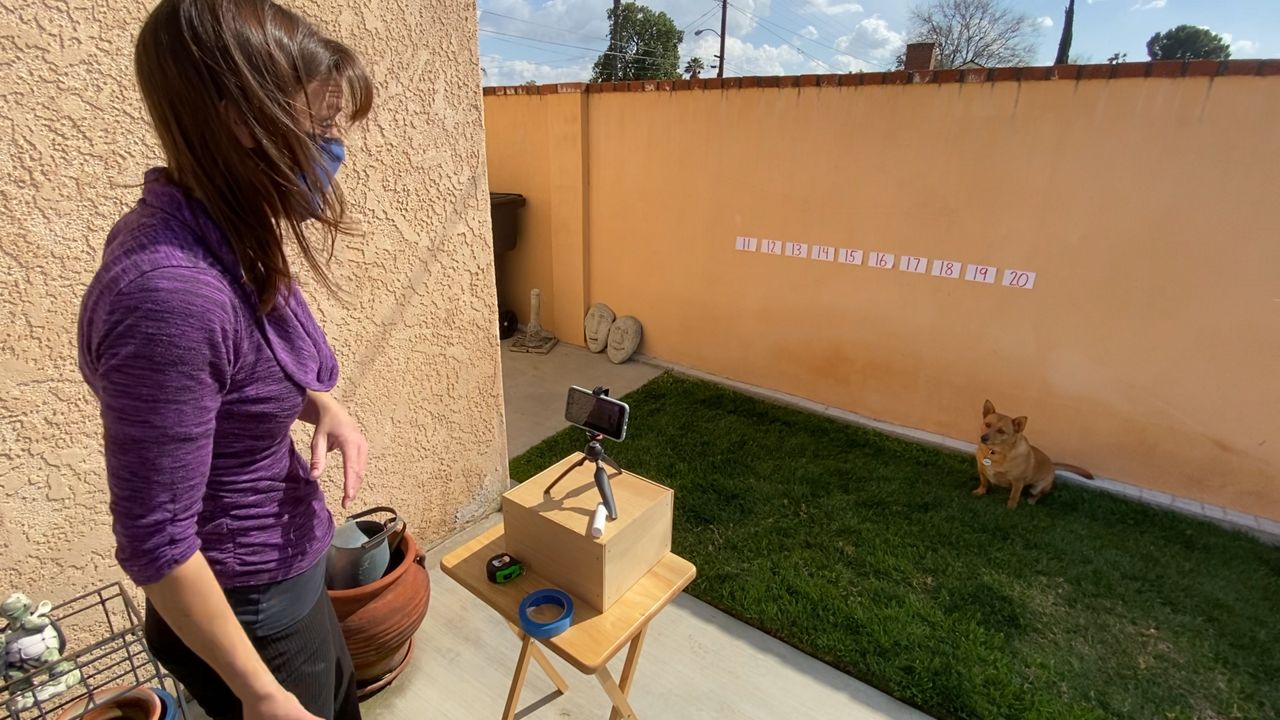 Her most popular video to date is Professor Ginger teaching the kids about the proper way to wear a mask. It also features her cat, Axle.

"I've learned if I make it interactive where the kids are guessing something, the more they're engaged when I'm watching them on the screen," Bekkedahl said.

She said one of her favorite lessons was teaching the kids about the word "have."

"She and I played Go Fish, so we asked each other, 'Do you have a 5?' That one was fun to make," Bekkedahl said.

If you thought the whole thing's a little cheesy, well, "The cheesier, the better for some reason. They work," Bekkedahl said.

She prefers to be behind the camera, so she is happy to let Professor Ginger bask in the spotlight.

"I just think it's cool that somebody, maybe in Philadelphia or something, is learning. Some kid is learning from a dog."