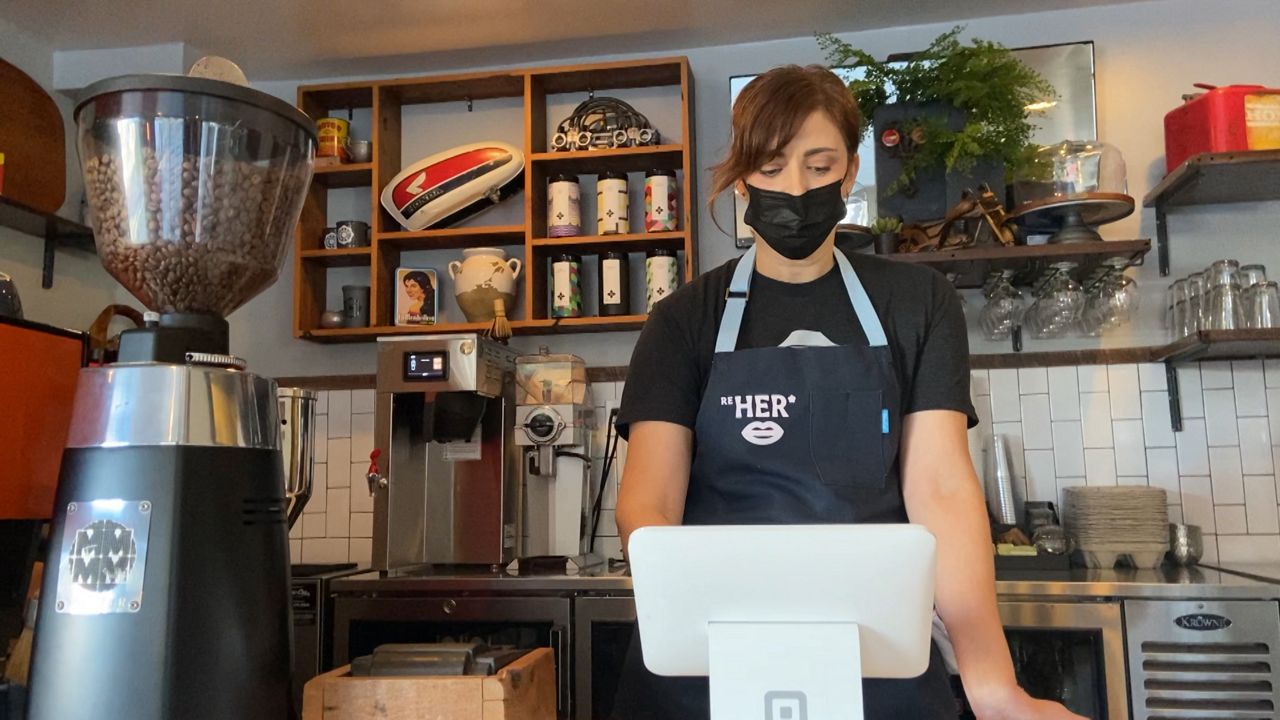 Gasolina Cafe has been inviting customers to "stop in and fuel up" for almost six years. Owner and Chef Sandra Cordero moved to a new Woodland Hills location in November 2019 in search of more space and, ironically, more indoor seating.

"We worked so hard to make it [a] nice and cozy and beautiful design, and yeah, it's been used more for storage, packing than actually for our guests," Cordero chuckled.

Inspired by motorcycle culture, the walls of Gasolina Cafe are covered with motorsports memorabilia.

"Just kind of the spirit that it embodies, like that idea of freedom, wind through your hair," she said.

But like many restaurants mid-pandemic, there's been less freedom to operate as she chooses. Cordero's said she is happy to have outdoor seating again, but switching gears from takeout isn't so simple.

"It's not just turning on the lights, and we're going to be open. We need to prep. We need to staff. We need to train our people back up again. We need to comply with whatever the new rules are at this point."

Cordero started working in the restaurant industry when she was 15 and is proud to be part of a small group of female chefs and owners in Los Angeles.

"If you don't like to work hard, it's not the business to go into for sure," Cordero said.

She and several other women restauranteurs or "RestaurantHers," as they call themselves, launched a nonprofit called Re:Her. Its mission is to highlight, celebrate, and support female-owned restaurants.

"It's a little bit of a wake-up call that women are still really in the minority in leadership positions in the hospitality industry," Cordero said.

Gasolina Cafe is one of more than 100 women-owned restaurants taking part in a virtual food festival this week that runs through Jan. 30. It's called "10-Days Re:Her" and includes special dishes, menus, and collaborations with other chefs and restaurants. Cordero teamed up with Superfine Pizza downtown to sell take-and-bake pizza kits for $19.

She's even more passionate, she said, because of her 9-year-old daughter, Matilda.

"It's in morse code, and it says 'I support her,'" Matilda said, as she pointed to the bracelet on her wrist. "To me, it means that women are very important."

Cordero said joining forces and networking with other women restaurant owners has not just helped financially but emotionally.

"Once you can relate to other people and their problems, it often makes it a little easier. You might not feel so alone out there," she said. "Whatever we've learned, [it's about] being able to share that information with others."