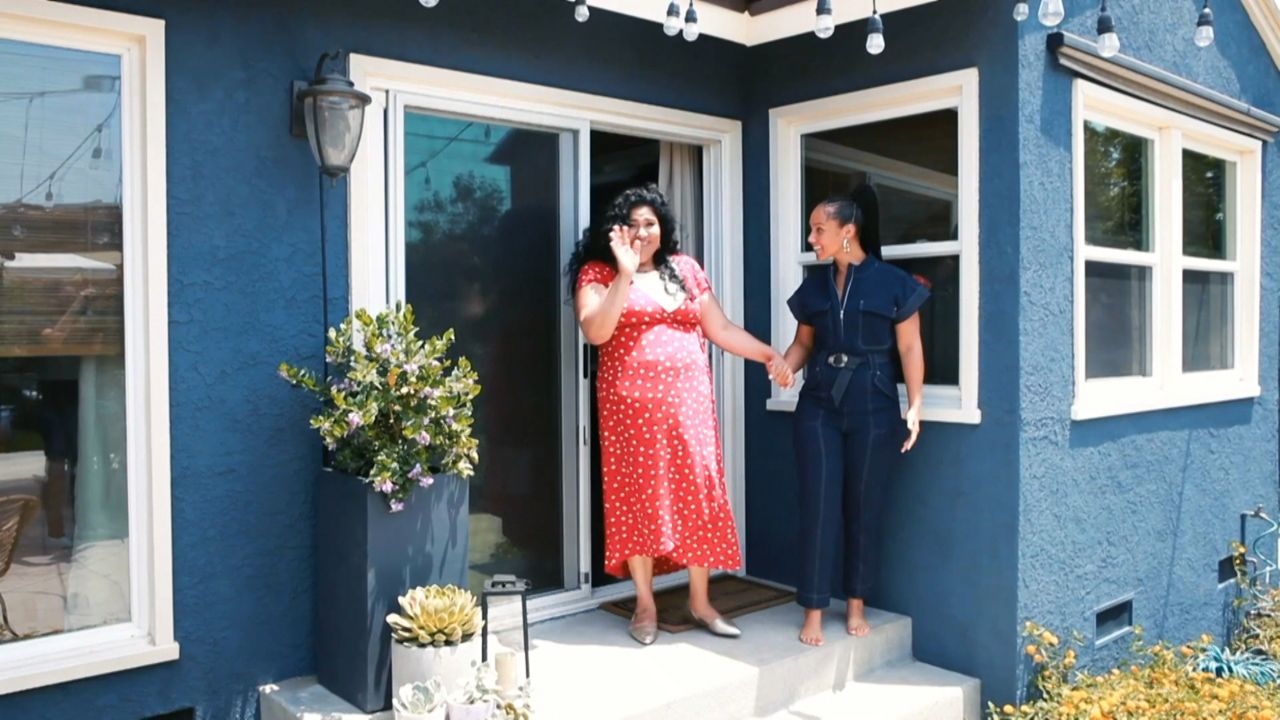 GRANDA HILLS, Calif. — After an extremely difficult year, a newly renovated home has brought a much-needed smile for a Granada Hills family thanks to Amazon Home and Alicia Keys.


In her new home, Susanna Valadez hung a picture of her mother, Rosa, who died March. Valadez said the picture of mother keeps their connection alive even though the pain of her loss is fresh like the paint in her new house.

"[She'd always tell] me that she loves me, so I do the same to her when I see her, especially on harder days," Valadez explained.

It is a year everyone is ready to move on from, but for Valadez it is not as simple as getting a vaccine. She was left picking up the pieces of a broken heart from losing not just her mother, but four family members, including her brother, godfather and two uncles, to COVID — all in the last several months.

It has been devastating for her close-knit family, yet Valadez never stopped going to work through it all.

The special education teacher at Van Nuys High School, who has pictures of her students on her phone, said they are her reason 'why.'

When teaching became virtual last year, she knew her students with autism would needed her during the uncertain times more than ever.

"It was really hard," Valadez said. "On several occasions, I had to be very frank with my students, my parents, my staff about what was happening in my life.”

As she was struggling through a low point, something incredible happened to Valadez.

Out of all of the teachers in California, Amazon Home caught wind of Valadez’s story and picked her for its Hometown Hero program with Grammy award winning artist, Alicia Keys.

"Your story is so, so inspiring that you have been chosen to have your space made over," Keys told Valadez in a virtual meeting.

Valadez was notified unexpectedly in June and they swiftly moved her family out for two weeks while construction workers completely re-modeled the kitchen, bathroom, living room, her bedroom and her favorite, the backyard.

Now, Valadez has the house of her dreams and her husband Francis Canas said he is just happy to see her smile again.

"It brings a certain relief that we’re able to maybe focus our attention not so much on the negative aspect of all the past year, but having something to look forward to," said Canas.

Turning a new page in a place where she can grow, like the new cucumbers in her backyard.

When Keys showed Valadez her new home, she finally felt like things would be okay.

“I can’t believe you’re here," she cried to Keys.

A gift to remind a special teacher that life can change for the good in an instant, too.