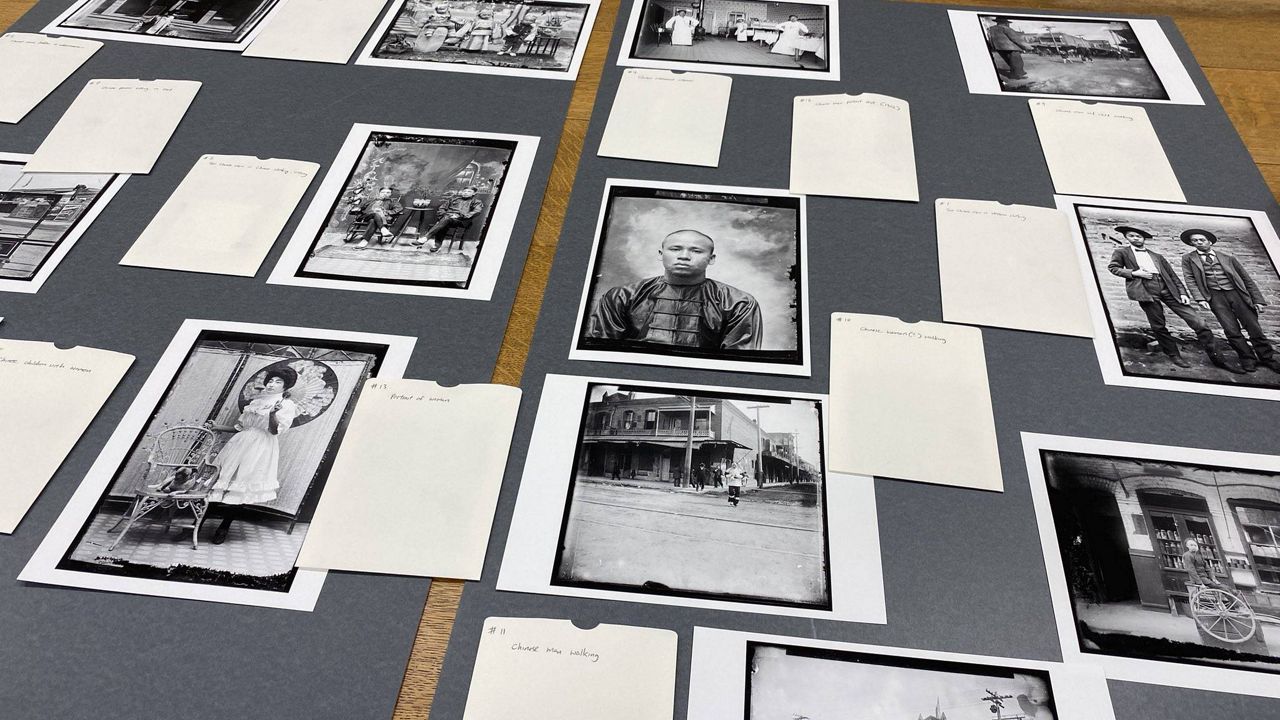 One of the oldest images found dates back to the late 1890s. (Spectrum News 1/Parker Collins)

SAN MARINO, Calif. — Lisa See, who is a writer, and her grandfather, recently found hundreds of glass plate negatives from the 1940s.


The pair found the box, which also included photographs and printed images, near their family’s antique business on Los Angeles Street. The F. Suie One Company was established in 1888, and is believed to be the oldest operating Asian antique business in the Los Angeles area. It was located on one of the last blocks of Old Chinatown to be demolished.

The negatives depict the people of a cultural neighborhood that is now long gone.

“It’s all the wonderful details that are in the background that tell you so much about how people lived,” said See.

Recently, 12 homes on See’s block burned during a wildfire. She could not take a chance these negatives would be destroyed and she knew they would be safe at The Huntington Library and Botanical Gardens.

There are big scholarly plans in store for the collection, but first Curator Li Wei Yang said they must be digitized and preserved because some pieces are flaking away, possibly lost forever.

The oldest photo dates back to the late 1890s.

“When I first saw them, I was completely floored. They contain dimensions and stories and history that I have not seen before,” said Li Wei Yang.

For a long time, Asian American history was ignored. Other photos from this time and place at The Huntington focus on the architecture, the people were an afterthought.

Given the subjects are front and center in this collection, some even posing, experts agree the photos were likely taken by a Chinese American, someone intimately familiar with the culture.

For years, the collectively heavy glass plates were locked away in a wooden crate.

“I think it’s fair to say that no one has seen them before or at least not since they were first made,” said See.

Now the world will get a glimpse of a place that no longer exists.

Once the collection is preserved and made available online, the experts want to identify the people pictured and try to contact their descendants.

Ultimately, they hope to construct a virtual and historically accurate map where viewers can zoom in and check out structures that used to be in Old Chinatown.

New Chinatown opened in 1938, although portions of Old Chinatown still existed into the 1950s.