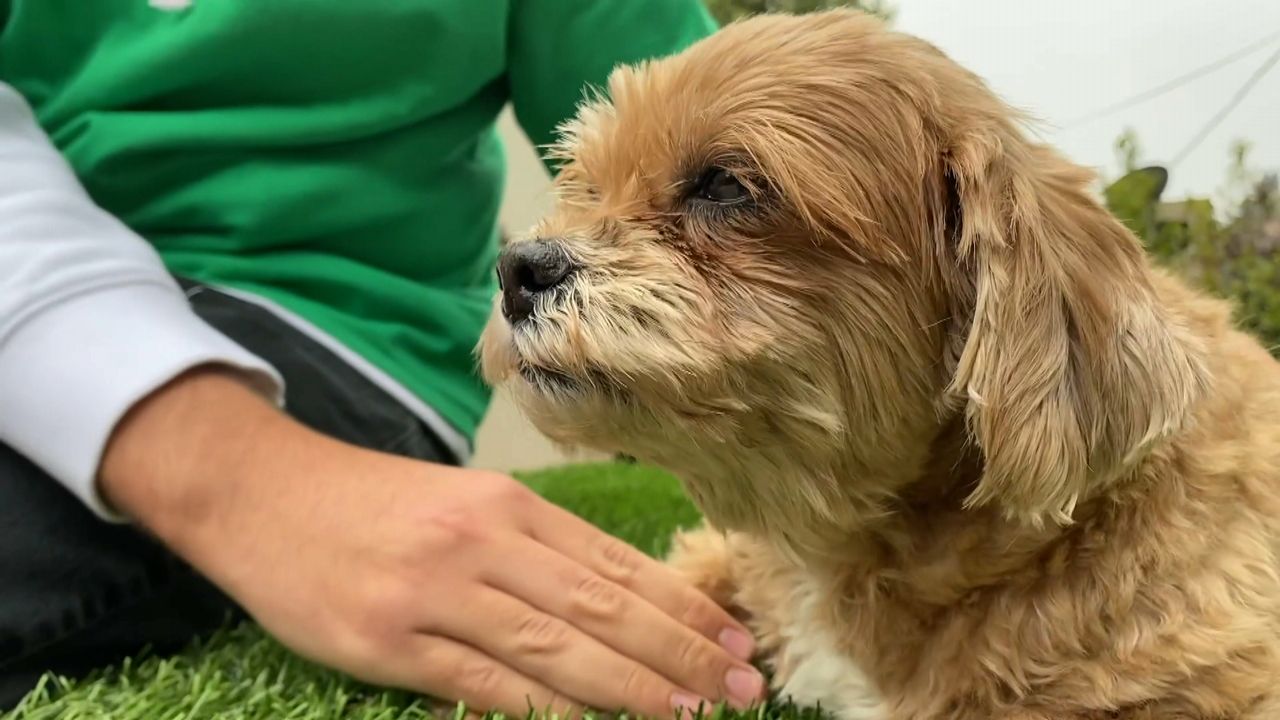 LOS ANGELES — Animals often take on the emotions of their owners and studies show some pets are exhibiting signs of anxiety because of the stress humans have experienced during the pandemic.

A local teenager read these studies and wanted to do something to make the animals feel loved. Skyler Nahouray was just 5 years old when he discovered his passion to help our furry friends.

“I went from a dog to chickens, goats and now I have a farm," Nahouray explained.

The family farm is in Bakersfield where he takes animals he rescues from the slaughter house. Skyler visits twice a month.

Most recently, he rescued two baby goats from Fresno and raised them in Los Angeles before bringing them to the farm with his 600 other rescued cows, ducks, sheep, chickens and more.

“I truly think that I knew deep down that I want to be a veterinarian and I have a deep passion for animals," Nahouray said about knowing his calling at young age.

Now, as a junior, he’s established the first chapter of the New Charter Humane Society at his high school.

Together, the group organized a drive-by event to gather donations for animals at Skyler’s favorite local shelter. The community responded in numbers.

Skyler and his organization received $6,000 in pet food, blankets, towels, treats and other donations.

He said the pandemic has been hard on pets. Many have taken on the anxiety from their humans and now some new pet owners have even decided that their recently adopted animals may not fit into their post pandemic lifestyle.

Skyler rounded up his friends and fellow members of the Humane Society chapter to deliver the goods to the Society for the Prevention of Cruelty to Animals, or SPCALA.

The shelter’s Vice President, Miriam Davenport, said she’s grateful because they rely solely on donations like these to feed about 500 animals.

"Then we’re able to spend more on veterinary care, safe shelter, behavior enrichment, all of those things that really go into making sure our shelter pets are really healthy and happy," she explained.

Pet adoptions skyrocketed at more than 700% in 2020, according to Pet Point, but with working from home potentially coming to end, some shelters are now seeing a significant increase in pet surrenders across the country.

Miriam said thankfully she hasn’t experienced that much at her shelter, but her pet owners have other worries.

“The thing that most people are a little bit worried about is when they return to the world and they have a dog who’s really, really used to them being home all the time, so we’ve been offering things like separation anxiety videos, classes and other resources," Davenport explained.

Skyler said he hopes people will remember their animals that helped them through unprecedented times.

“I appreciate how they reciprocate the love that humans show them and I feel like the more love we give them, the happier the world will be," he said.

As Ghandi once said, the greatness of a nation and its moral progress can be judged by the way its animals are treated.

Skyler said he’s planning to host another fundraiser to gather more donations in the Fall. Next time, he’s hoping to double the amount of goods he donates.