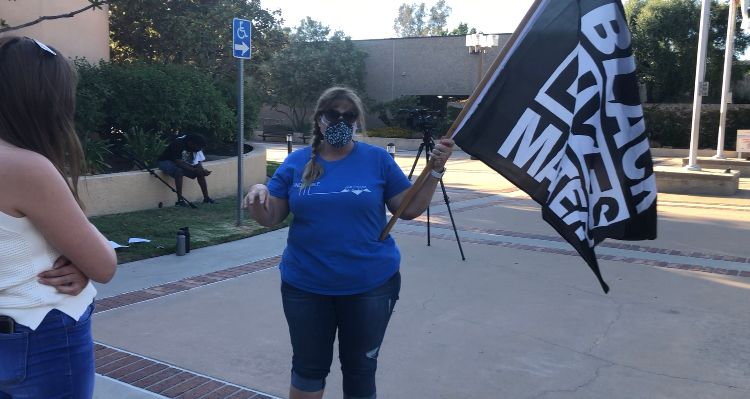 Leanna Brand used to sit on the sidelines, but now she attends every protest outside Simi Valley City Hall.

Woman Says Racism in Her Community Inspired Her to Speak Out

SIMI VALLEY, Calif. — Leanna Brand is present every time there’s a protest outside Simi Valley City Hall, but she admits she was mostly on the sidelines up until a few years back.

“I voted in every election, I made some calls, I did some phone banking for some candidates in the past, but I’m now the leader of the Indivisible group in town so it’s escalated greatly,” says Brand.

The Indivisible group is made up of activists who speak out on what they believe is President Trump's divisive rhetoric.

The role is a stark difference for a woman who works as a local church choir director, but Leanna says while she doesn’t experience racism first hand, she sees it in her community.

“It was made really clear with the election of this President that people like me couldn’t sit on the sidelines anymore, that we all have to step up because our democracy is under attack, as far as I’m concerned,” said Brand.

According to the Director of the Center for the Study of Hate & Extremism at California State University, San Bernardino, hate crimes are down in most cities across the United States, with the exception of Los Angeles. L.A. is the only of the top five largest U.S. cities to see an uptick in 2020.

The largest increases are in crimes against Asians, Blacks, and Latinos. But they also note that cultural and linguistic barriers, and fear of immigration response, account for — what the Center believes is — underreporting of hate crimes in the Latino community.

Cassandra Douglas grew up in Simi Valley and isn’t surprised by the upswing.

“I come from a family who’s been in Simi Valley since the 1970’s and we’re a Mexican family,” she said. “My family alone has experienced so much racism since they’ve moved here and it’s ongoing.”

While both these women come from different backgrounds, they share the need to speak out against the racism they say is a growing problem in their community.