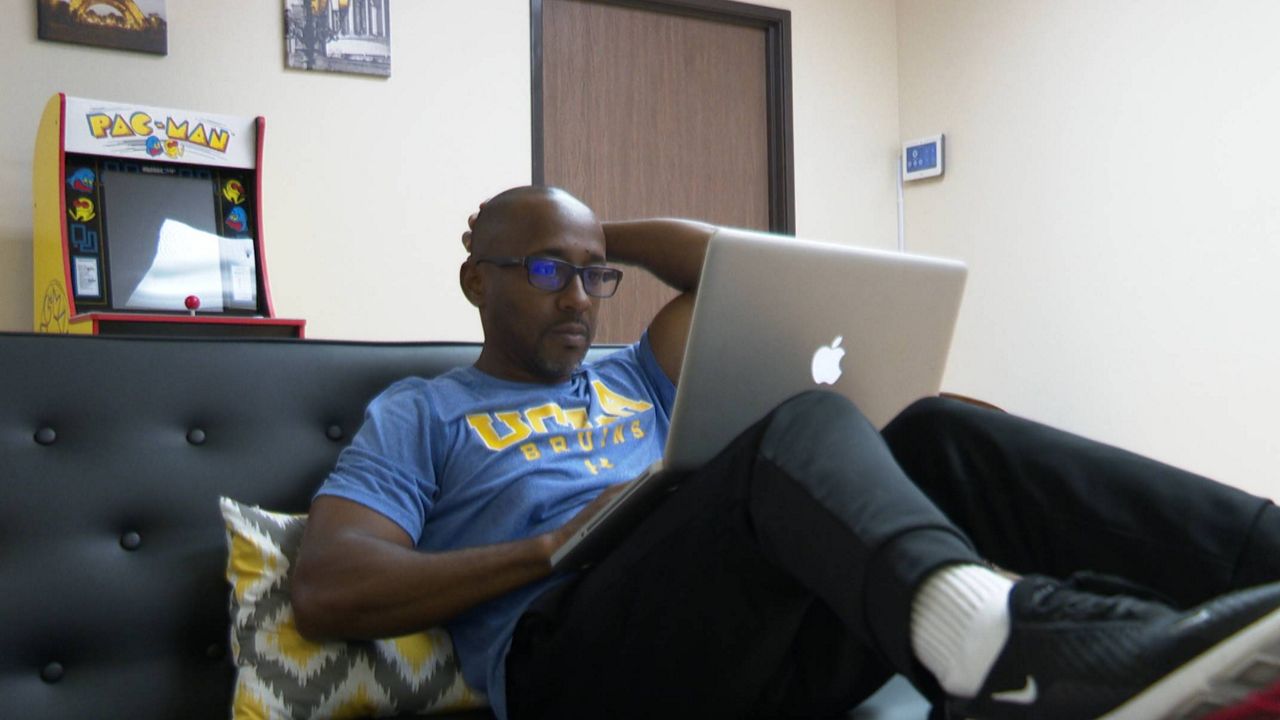 Man on a Mission to Bring Telehealth to Low-Income Communities

WESTCHESTER, Calif. – Teenagers often face a lot of pressure, whether it’s from parents, friends or teachers, but for 18-year-old Keilan Rambo, who lives in Compton, he also faces pressure to join something that could mean life or death – a gang.

Rambo admits it’s hard to resist because he faces peer pressure to join a gang constantly, but once a week, he escapes that pressure by venting to a social worker.

“Having somebody to talk to helped me through it,” he said. “It makes it a lot easier.”

Before the pandemic, he wouldn’t always feel like seeing his social worker but these days, the appointments come to him virtually in the privacy of a mobile service called “TeleHealth Van.”

It’s equipped with a driver and an iPad.

TeleHealth isn’t new, but “TeleHealth Van” founder Dion Rambo is bringing virtual services to low-income and underserved communities. He got the idea after realizing his mother, who is diabetic, couldn’t leave the house to see her doctor as her condition worsened and seeing inner-city families struggle to keep up with social services, like his nephew Keilan.

“I know, being from the hood, what type of frustration and pain and fears we had,” Dion Rambo said. “And we couldn’t survive and so hence, the TeleHealth Van, which is helping us decompress and talk to our doctors and talk to our social workers.”

Dion Rambo explained it’s hard for people in the inner-city to do telehealth appointments due to a lack of Wi-Fi in their communities and privacy in the home. He said using data on a phone for a telemedicine appointment can be costly for families in underserved areas.

He used his own savings to launch the service during the pandemic, buying his first van and installing an iPad inside. Dion Rambo reached out to non-profit health agencies throughout Los Angeles County to find out who needed help reaching families during the pandemic.

So far, he’s partnered with Southern California Health and Rehabilitation Program, bringing vans to about 150 families each month for their appointments, averaging about six to eight stops a day.

“Most agencies have a 30 percent to 40 percent cancellation rate, for obvious reasons,” Dion Rambo said. “The reasons are they overdosed or they are in the hospital or they forgot or they don’t want to be seen right now in the office.”

Dion Rambo said he initially saw a 30 percent appointment cancellation rate too so he hired a full-time scheduling manager to confirm every single appointment with patients. He saw the cancellations fall to less than 10 percent.

He now has nine vans, each equipped with an ipad, with drivers who are also trained medical assistants. The entire patient experience is touchless. The driver starts the appointment on the iPad, opens the automatic van door for the patient and waits outside the vehicle. After each appointment is finished, the driver sanitizes the interior according to CDC standards.

“If we don’t do TeleHealth Vans in these different areas, if we don’t add more vans, if I’m doing the math correctly, the abuse rate will get higher, death rate will go higher, more gang members,” Dion Rambo said. “No one can vent. Parents can’t get their medication.”

He said he’ll need about 100 vans to service all the families in need through Los Angeles and hopes to expand the program to other cities and states.