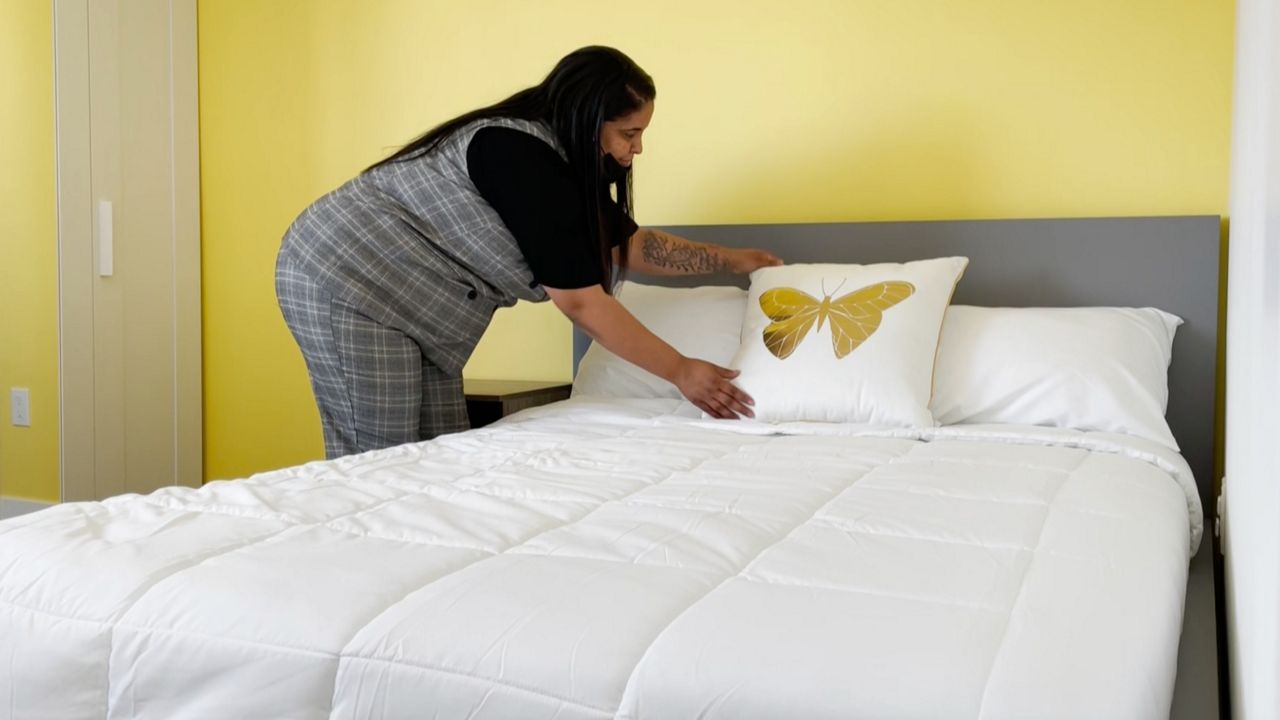 Community home opens for homeless women and their children

The house is hers, but she doesn’t live here.

Walker opened Butterfly’s Haven in February for homeless women and their children.

“I do not call it a shelter,” Walker said. “I call it a housing community, where we are then embracing women and children as family and creating a community.”

The community is a partnership with CASA LA and up to 20 women aged 18 to 25 are able to live together with their children.

Rent is $1,200 a month and includes food, utilities and wrap around services like therapy, job coaching and housing solutions.

It’s the type of home Walker once needed. In her 20s, she left a violent marriage and lived in her car or in hotel rooms with her three children.

She eventually received a spot in transitional housing, but it came with limitations.

“It had curfews, so working two jobs was not an option. Working overnight anymore was not an option because I had a nine o’clock curfew,” Walker recalled. “My biggest struggle was childcare and also just having to go through being drug tested and alcohol tested and that was not my issue.”

Butterfly’s Haven doesn’t have a curfew or drug testing. Eventually, it will have an on-site 24-hour childcare center.

There are more than 20,000 homeless women in LA County and many are moms. As the number of women without a home has grown over the past few years, Walker believes a variety of housing options are needed in order for people to receive permanent homes.

It’s a cycle that 18-year-old Onesty Turner wants to break. She hasn’t had a permanent place to stay for over a year.

“It was sleepless nights sometimes, so it was never really a place where I stayed at,” she said.

Turner didn’t have a place to stay or custody of her one-year-old son. But living at Butterfly’s Haven is changing that.

“Being here in this house has been a big help with me getting him back because it’s one of the main concerns of why he’s not with me,” she siad.

Six women and their children now live in the home. Walker is accepting applications to fill open rooms.