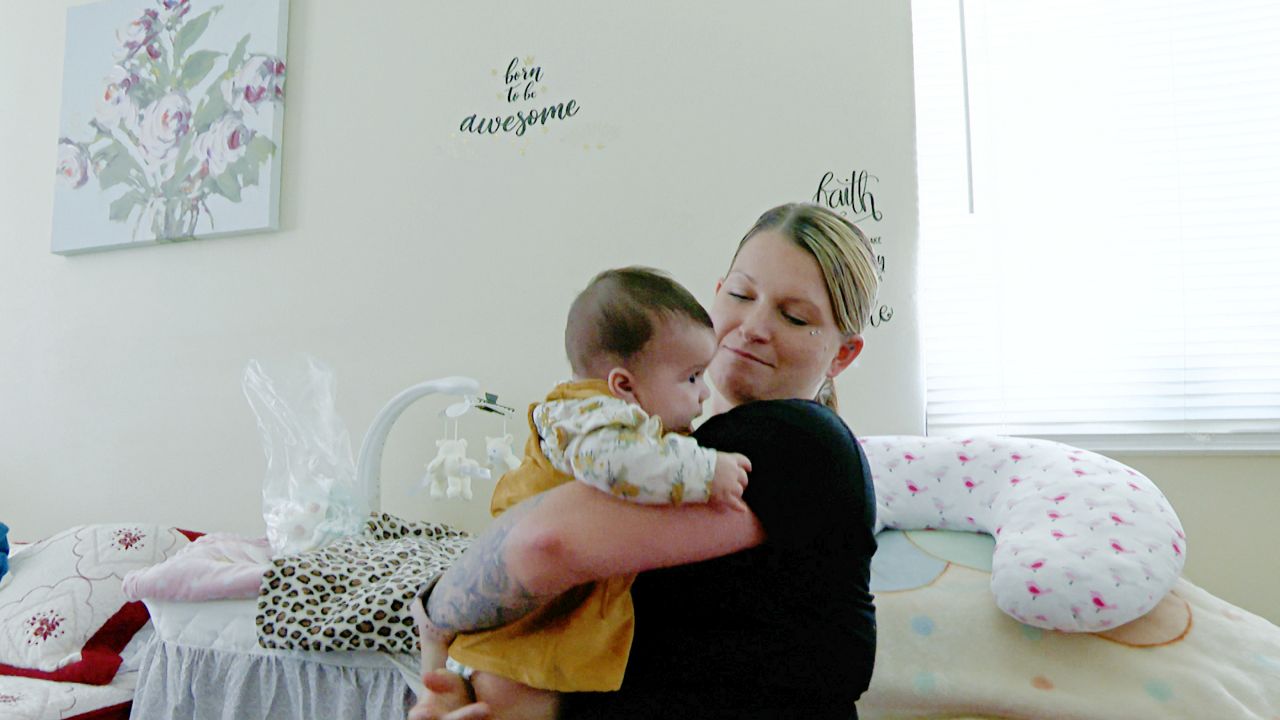 Sarah Cabe has been homeless for nearly the last decade, since she was 18. (Spectrum News 1/Zarina Khairzada)

Here's why it can be difficult to get out of homelessness

LOS ANGELES — An adorable baby girl is helping Sarah Cabe regain a sense of purpose in her life.

After a half-dozen bouts with homelessness since the age of 18, Cabe hopes to be a source of stability for her daughter Sophie.

“I want her to grow up and have a home and not have to worry about going to hotel to hotel,” Cabe said.

Cabe said she lost custody of her son about eight years ago. She then spent nearly the next decade using meth to cope with the pain. She shared that she went through six attempts in rehab trying to get clean.

“I had a really good job. I was staying sober. I just, you know, when I didn’t have my son, I was like, ‘So, what am I going to do? I’m going to go and get an apartment and be by myself?’” she said.

That pain led her to a cycle of getting clean, feeling hope for the future and then back to the streets, Cabe said. According to the 2020 Greater Los Angeles Homeless Count, about 38% of those counted reported to be chronically homeless. Affording rent, first and last month’s payments up front, and credit checks are some of the difficulties Cabe experienced trying to get housing.

Katina Holliday, CEO of Holliday’s Helping Hands, believes that as financial burdens increase, the numbers will only go up.

“We have been running really full over 98% occupancy to 100% occupancy the entire time,” she said.

“The cost of living is going up. The cost to buy food, gas, everything is skyrocketing at this time. So, the numbers will definitely go up,” she said.

After spending over eight months in the program, Cabe is waiting for her voucher with high hopes of staying housed. She believes it will be a fresh start for her to reconnect with her family because she’ll be a year sober in a matter of days.

Cabe is hoping this path will lead her to a lifetime of stability, housing and sobriety.