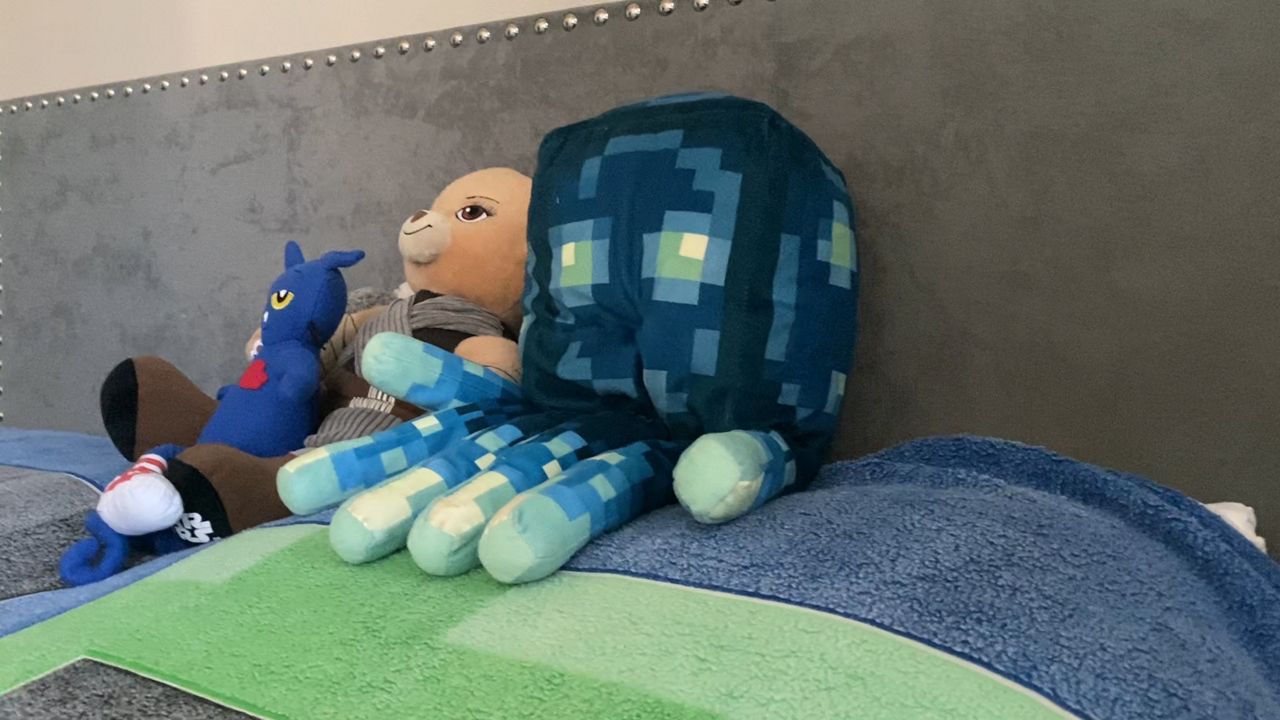 LOS ANGELES — After living in domestic violence shelters for six months, Olivia, whose real name Spectrum News is withholding, has created a comfortable home for herself and her son. She said her apartment is a sanctuary.

“It’s been life changing for both my son and I, we’re able to live more. To be happy and heal,” she said.

After leaving an abusive relationship in 2020, Olivia and her son became homeless and relied on shelters for security. She was cut off from family and finances, a regular occurrence among survivors of domestic violence.

“I didn’t have any transportation. I was in a new area. I didn’t know anyone, my child was dealing with changes,” she said.

“I couldn’t use my debit card, because it would reveal the location I was in. Since the day I left I haven’t used our joint account.”

After moving between shelters for months, Olivia was finally able to secure a place to live last year, but that’s not the case for many survivors.

According to the U.S. Department of Health and Human Services, in 2015, over 31,500 adults and children were housed in a domestic violence shelter in one day, and over 12,000 requests for housing  were not met.

In California, 18% of homeless people reported having experienced domestic violence, according to the Homeless Data Integration System.

“Today, in 2022, women are the fastest growing population experiencing homelessness, or outpacing that of men. There are a number of reasons and drivers for that. The number one driver is the experience of domestic violence or interpersonal violence,” Turk said.

To help more women who have to flee violent home environments and who are already facing homelessness, the Downtown Women’s Center has co-sponsored a new senate bill that, if passed, would address the issue. Sen. Susan Rubio, who represents District 22, introduced SB 914. The bill aims to, “reduce gender bias and disparities in outcomes in California’s response to homelessness by embedding a focus on domestic violence survivors...”

The Senate Human Services Committee will review the bill later this month, and if it makes it through, Gov. Gavin Newsom would sign it toward the end of 2022. The new legislature would “require cities, counties and continuums of care that receive state funding to address homeless, to include domestic violence survivors and unaccompanied women within the vulnerable populations for whom specific system supports are developed.”

This would help more women, like Olivia, receive services such as trauma informed care, child support and safe places to live. Olivia said her home has allowed her son to attend school, and she’s trained as a nursing assistant.

“I’m so proud of that. It’s only going to keep getting better, and this is just the foundation,” she said.

If you or someone you know is being abused, support and help are available. Visit the hotline’s website or call 1-800-799-7233.