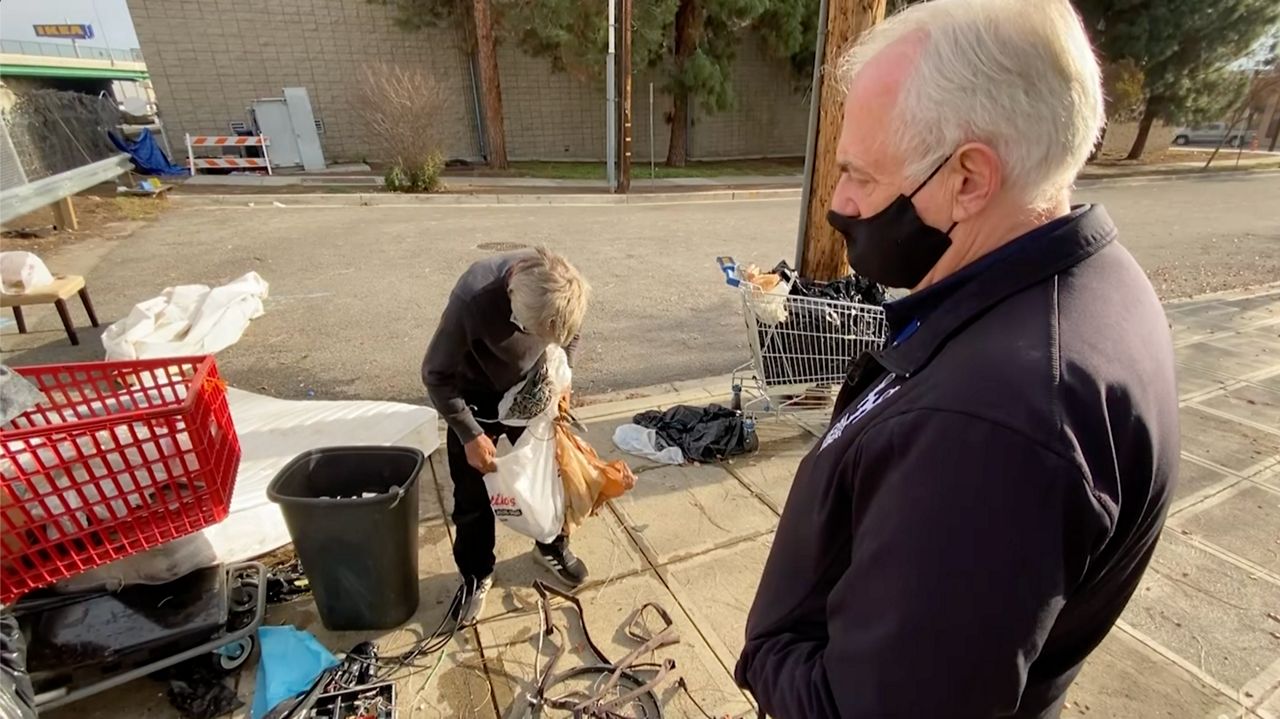 BURBANK, Calif. — Bob Newman was a successful sport agent — a Jaguar kind of guy. A series of unforeseen circumstances caused his fall from grace and he now finds himself in a Toyota Prius.


“Three things happened in a four month period," Newman said. "Job loss, diagnosed with stage-three colon cancer, and then the subsequent demise of a relationship. I ended up going flat broke; sleeping out of my last major possession, which was a Jaguar SR and that was my home for a year and a half.”

His homeless experience prepared him for his role leading Burbank’s homeless outreach team. Newman and fellow Street Plus ambassadors routinely check the hot spots for encampments in the downtown area.

As he has learned, building a trusting relationship with the homeless is key to figuring out the help they need.

“You've got to really get to know [our unhoused residents], find out what makes them tick, everybody’s different,” Newman said.

In 2020, the city counted 291 homeless people living on the streets of Burbank. Since the pandemic, Newman has watched that number rise regularly. He said most of the homeless on the streets are not from Burbank, but are spilling over from crowded sidewalks in LA. However, the city is being proactive.

Burbank’s assistant director for community development, Simone McFarland, said that over the last 18 months they were able to house 122 homeless people by working with programs throughout LA County.

“One of the things we’re looking at now are shelters. What does that need to be? Does it need to be transitional shelter in the form of a hotel? Could it be tiny homes?" McFarland said.

Even with all of these supportive services, Newman still faces the challenge of those who are service resistant, like Monty, a chronically homeless individual who continually refuses help from the city.

“Some of the techniques we use have been successful, but it’s not going to work on everybody," Newman said. "But we’ll keep working with him and we’ll keep trying.”