Ken Craft and Rowan Vansleve know the statistics all too well. For every 209 unhoused individuals who are provided shelter every day in LA, another 229 fall into homelessness. Every day, at least three unhoused people die, according to the Los Angeles Homeless Services Authority.

As the chief executive and chief financial officers of the homeless services provider, Hope of the Valley Rescue Mission, Craft and Vansleve have seen the desperation of the individuals they’re working to help. They’ve personally interacted with it.

Yet for all their work, they still felt they could understand more about the experience of living on the streets. So last week, they were dropped off in Granada Hills with a change of clothes, a small toiletry kit and $5 in their pockets to spend 100 hours living as if they were homeless. The chronicle of their experience was posted Tuesday to Hope of the Valley's YouTube channel. The following includes the lessons they learned. 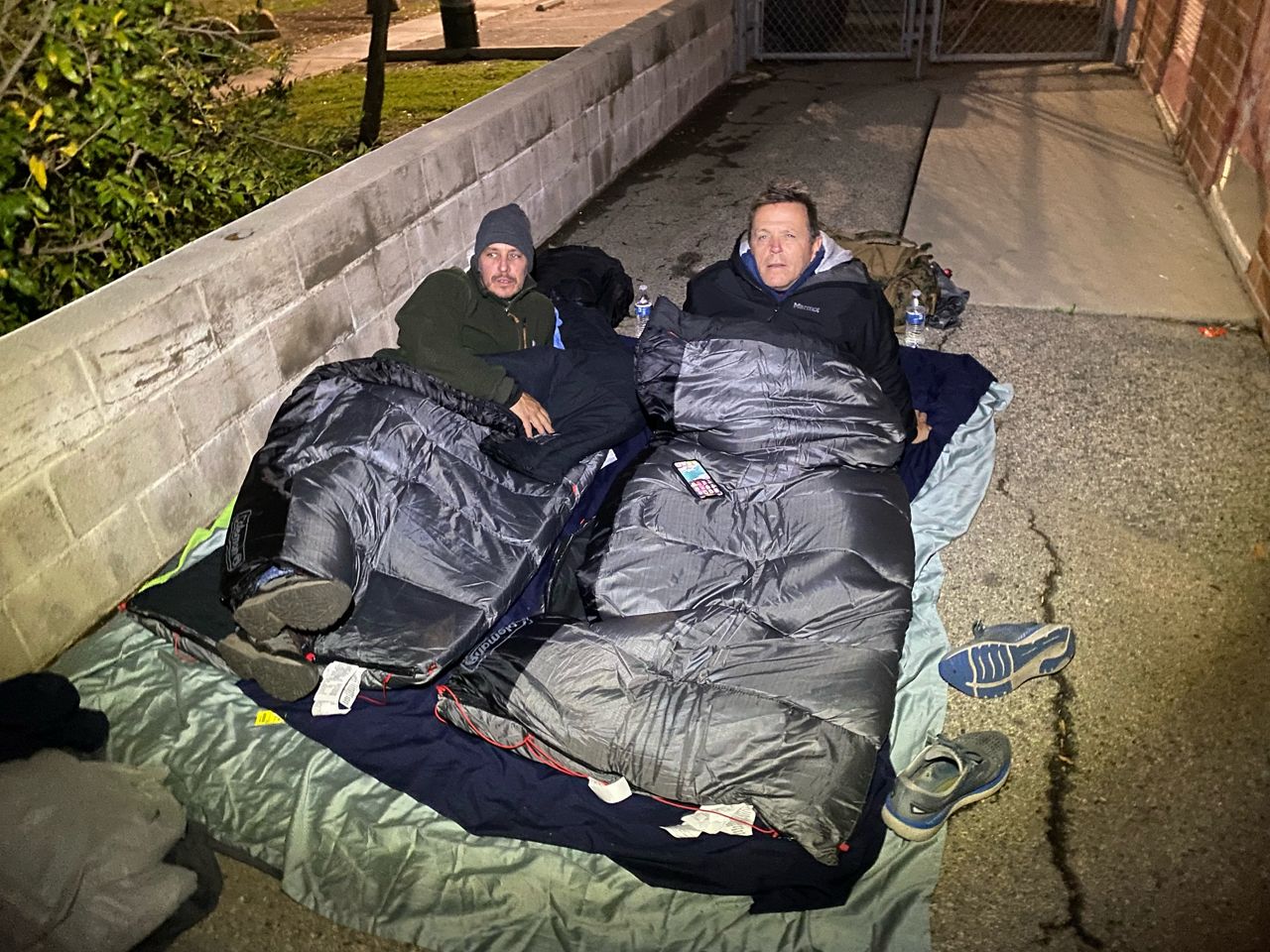 Cities are designed to prevent people from sleeping outdoors

As Craft and Vansleve walked around San Fernando Valley for places to take a break from the rain, recharge their phones, use the bathroom or find something to eat, they were scouting places to sleep overnight. “Every nook had a gate in front of it,” Vansleve said. “We thought we could sneak into a parking structure, but the two or three we went to were all gated, and the first two levels had fencing to ensure no one could climb in.” 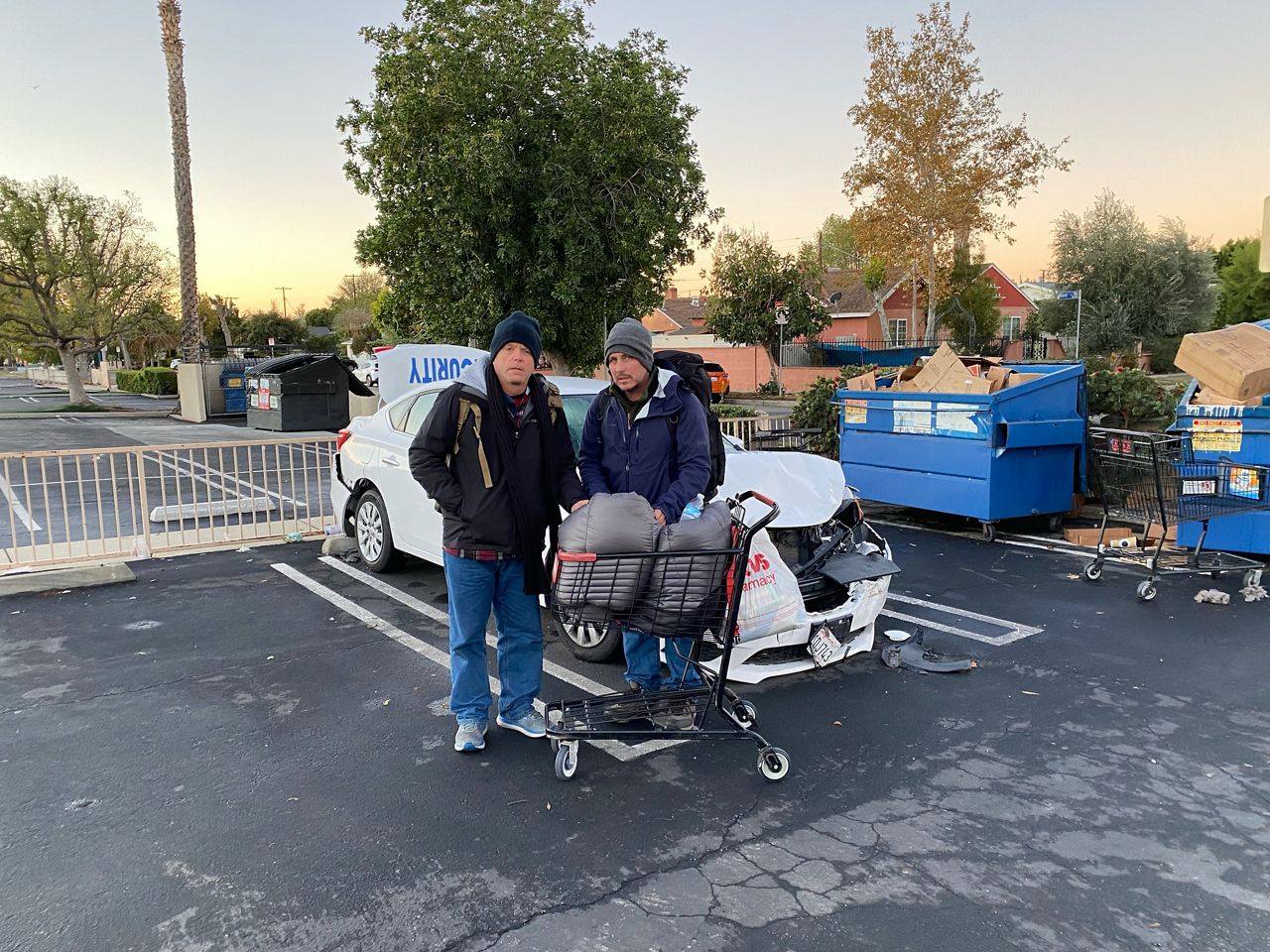 Staying warm is a challenge

Craft and Vansleve were dropped off at a rec center after dark on a Monday just as the worst storm of the season was rolling in. It was already raining, and the temperature was forecast to drop to an overnight low of 43 degrees. Knowing they needed to find shelter quickly, they walked 1.5 miles to an underpass for the 118 freeway, jumping in a blue recycling bin along the way to fish out a couple of cardboard boxes to protect them from the cold ground. Lacking blankets, sleeping bags or a tent, they slept on the cardboard in their clothes, relocating from underpass pylon to underpass pylon in an attempt to shield themselves from gusts of wind.

Vansleve’s phone pushed out a freezing weather alert as they headed into their second night. Dumpster diving yet again, they found styrofoam, as well as cardboard, to provide an extra layer of protection from the frozen ground as they slept next to a tractor trailer. Heading into a third night with yet another freezing weather warning, they slept on the sidewalk in front of the Granada Hills library.

Their fourth night came with a wind advisory. Not finding any obvious places to sleep, they considered spending the night inside a dumpster but decided against it when they happened upon an abandoned crashed car with unlocked doors in a strip mall and climbed in. 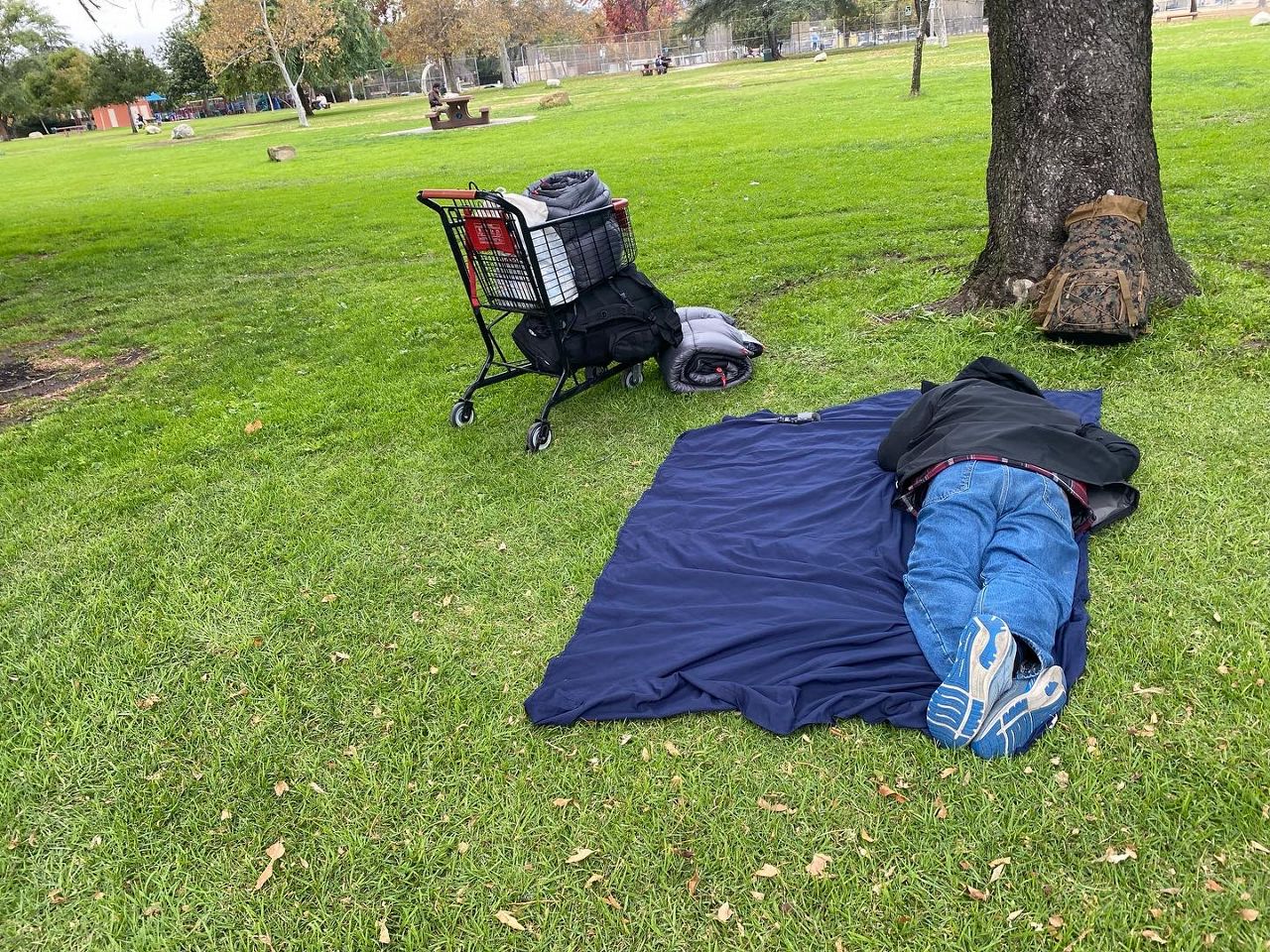 It's loud at night

Craft and Vansleve were kept awake their first night by a pair of mewling stray cats. The second night, it was moving trucks and drivers doing burnouts. Sleeping on the sidewalk in front of the Granada Hills library for night No. 3, they were kept awake by coyotes, drunken passersby and a group of kids who pelted them with oranges and water bottles. 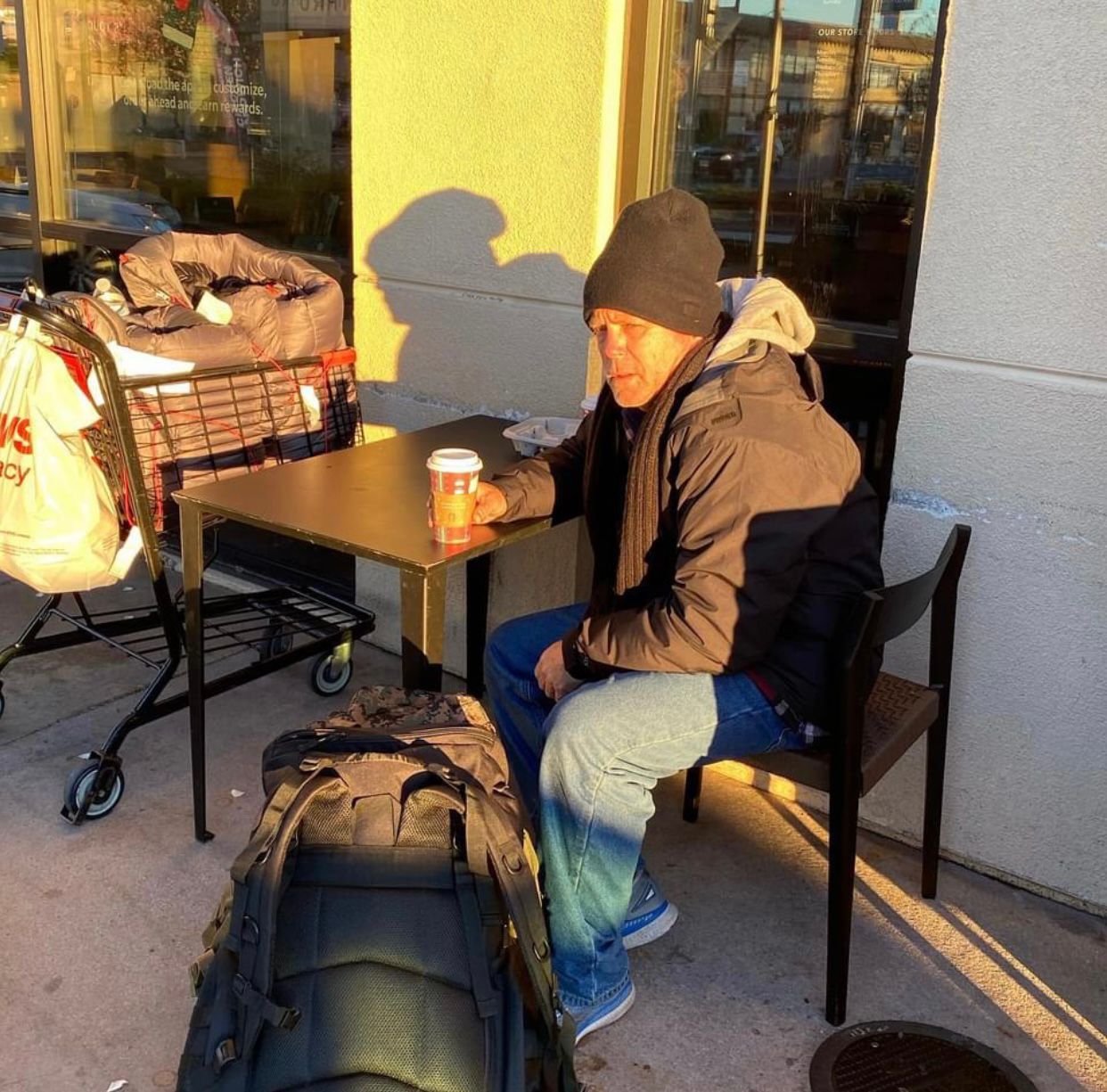 Craft and Vansleve went to about a dozen restaurants and other businesses looking for a place to hide from the weather, charge their phones and use a bathroom. Sometimes, the workers at those businesses let them do what they needed, even without making a purchase. On numerous occasions, they discovered there were no publicly available outlets. 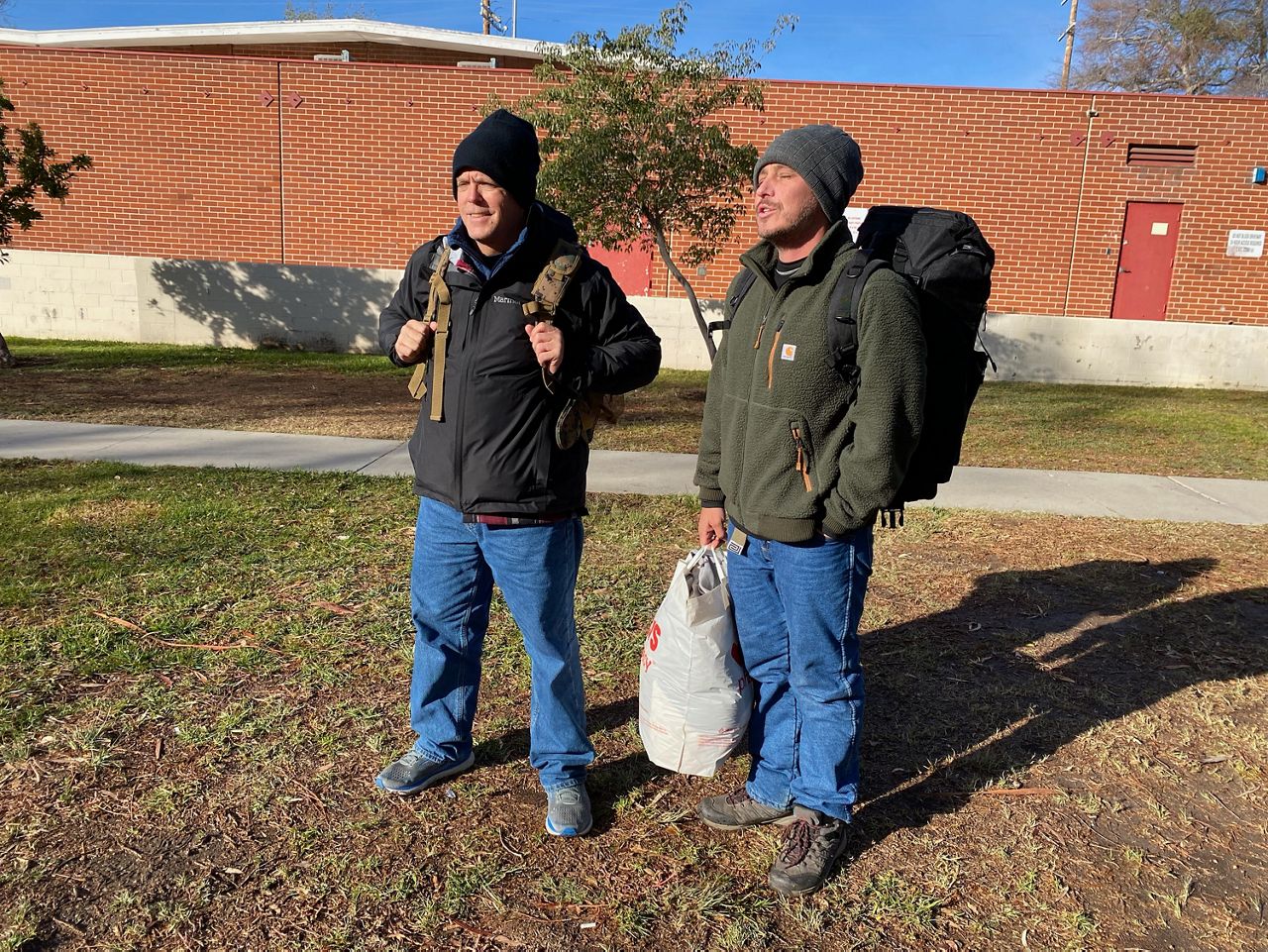 During their second day on the streets, they resorted to begging in a CVS parking lot, asking strangers if they had blankets in their car they were willing to donate. About 10% of the people they asked for help offered something: a meal, a gift card, a few dollars, trail mix. A good Samaritan on their third night gave them a tablecloth, thinking they could use it as a blanket. Random acts of kindness from strangers gave them enough food to eat and also enabled them to buy a pair of sleeping bags to stay warm. 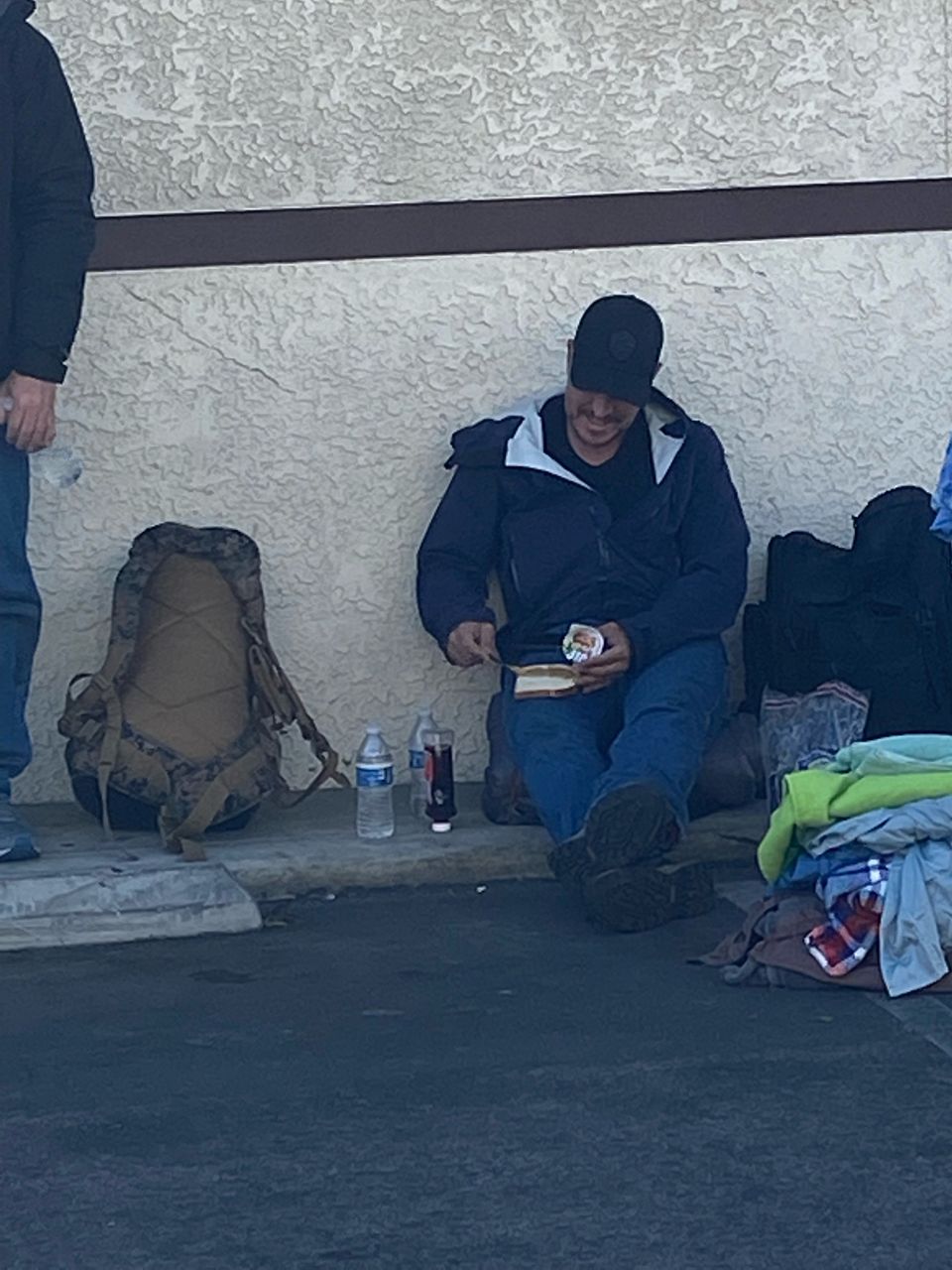 You never know when you are going to be harassed

Their second full day on the street in a mall parking lot, a man started following them in his car, telling them they needed to leave or he would call the police. When they told him the only reason they were being asked to leave is because they looked homeless, the man reported them to a security guard. 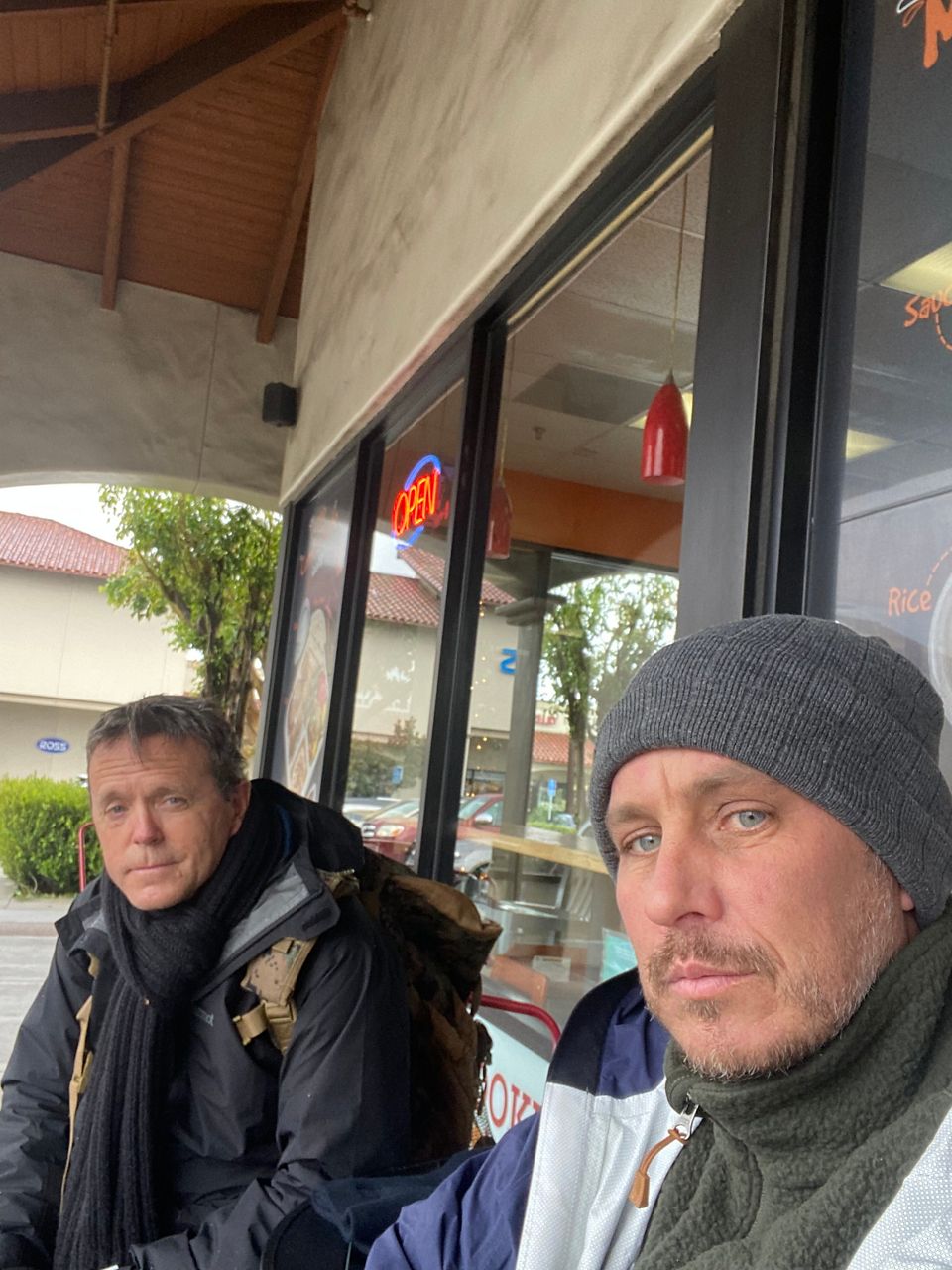 It doesn't take long to begin looking, and smelling, like you do not have a home

Within 12 hours of living outdoors without shelter, Vansleve said the two were being looked at with disgust. Vansleve said he washed himself as well as possible in public bathrooms with bar soap and also brushed his teeth, but he could not remove the stink of living in the same clothes day after day. 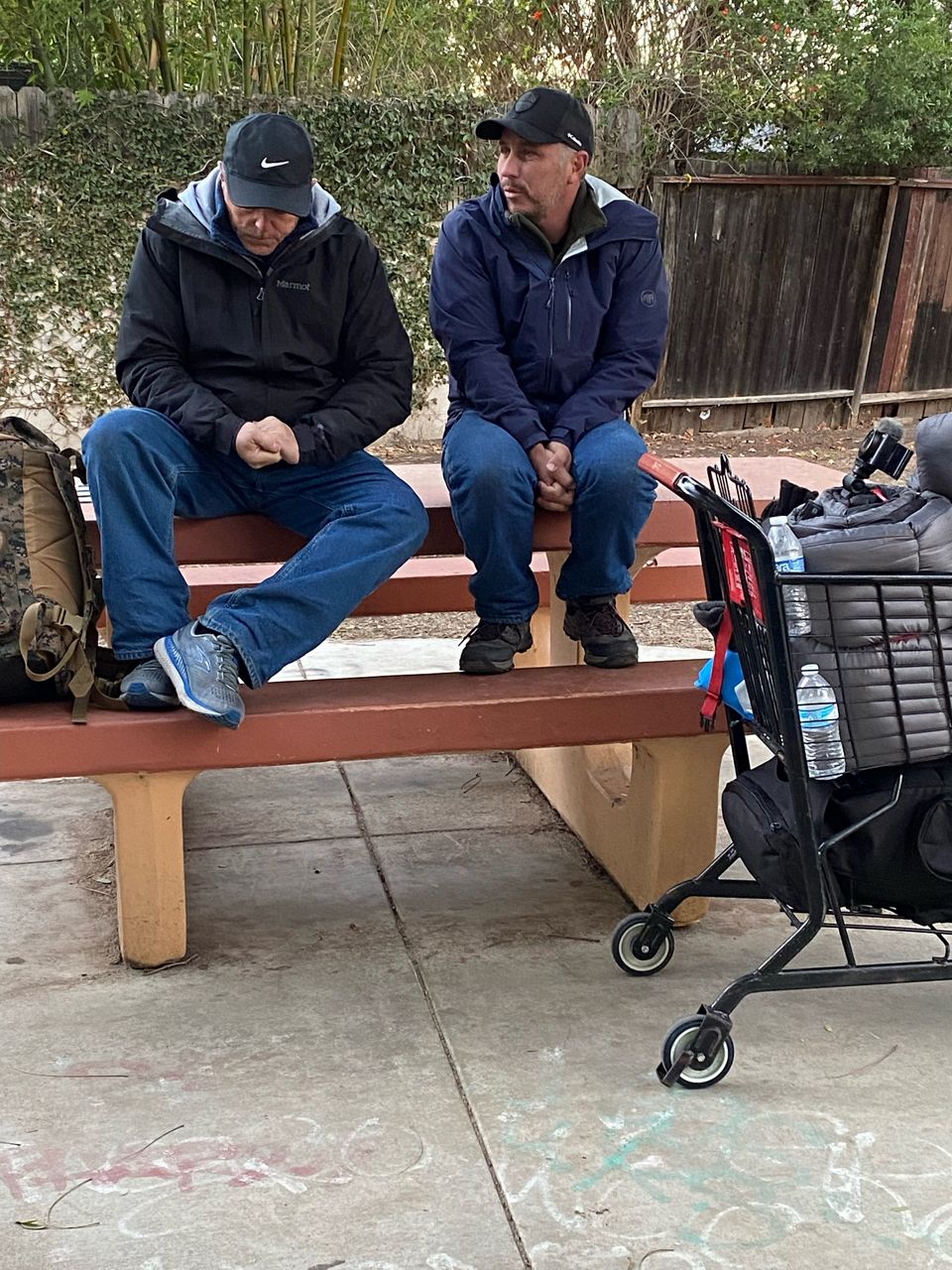 Having no money. Walking everywhere. Even pushing the abandoned shopping cart they found and were using to carry around their bedding and extra clothes wasn’t easy. Vansleve said it was a challenge to push the shopping cart because poorly maintained sidewalks meant repeatedly lifting the cart over cracks. 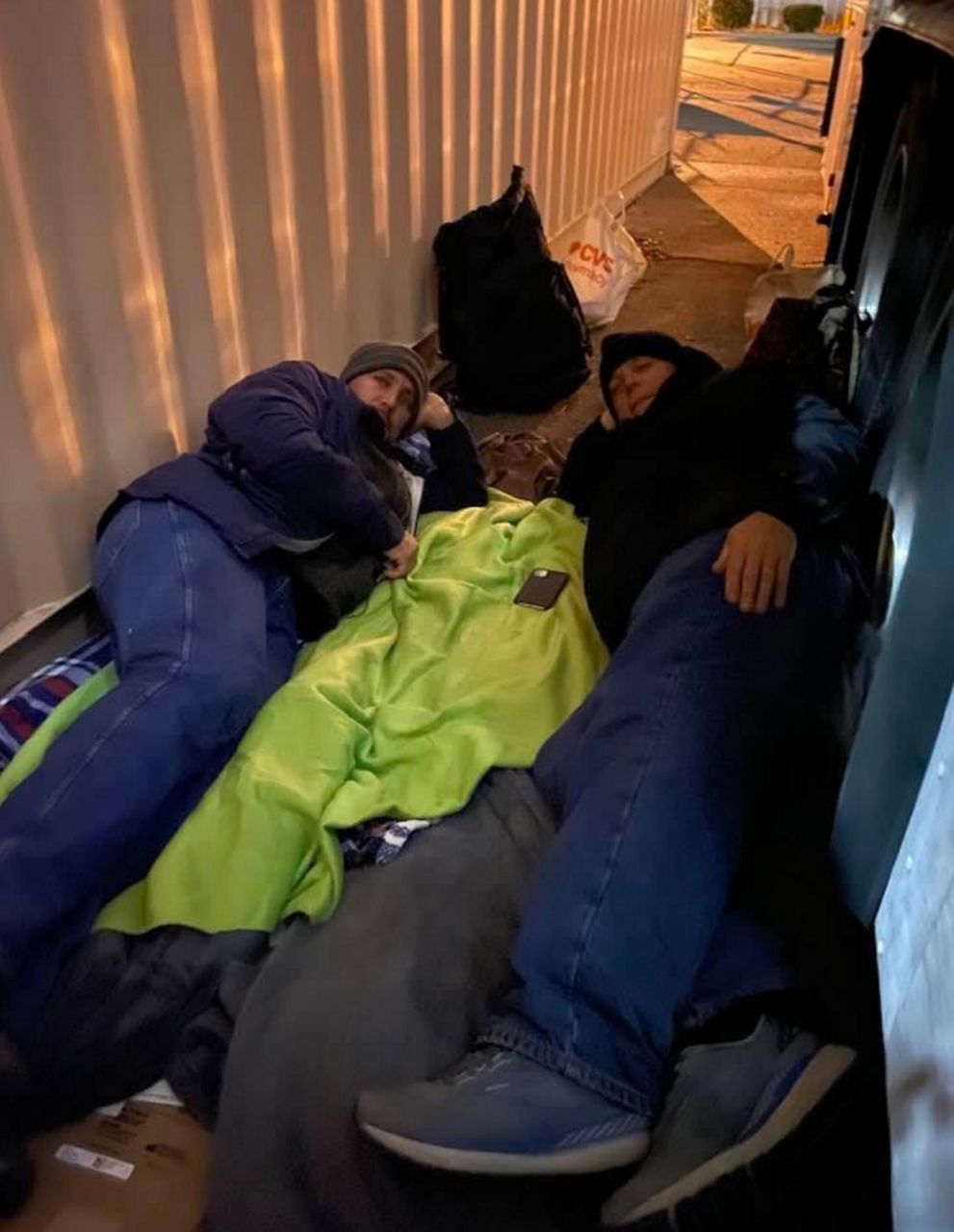 Some people will be scared of you

As Craft and Vansleve pushed their shopping cart down the sidewalk to get to Dearborn Park in Northridge, the two pulled their cart to the side as a courtesy to let a woman pass. She was holding her car key like a knife, Vansleve said. At Panera, where they went to charge their phones, people changed tables to sit further away from them. 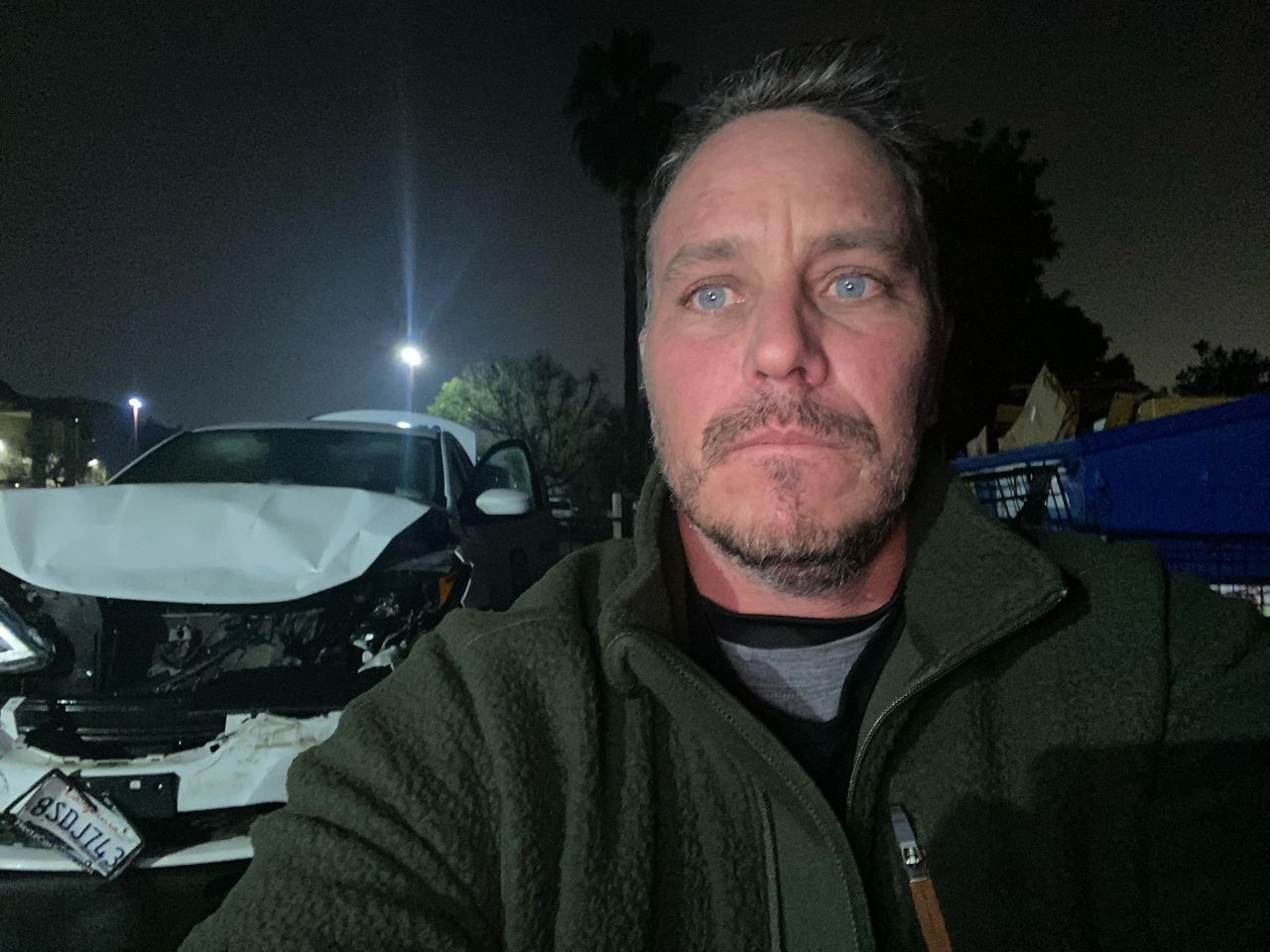 After spending three nights outdoors, getting almost no sleep, Vansleve started noticing that Craft wasn’t able to form coherent sentences. The two of them weren’t walking so much as shuffling, stumbling and tipping over, he said. “We’re not intoxicated, but we look like we are.”

They also “stink to high hell,” having not showered for days, Vansleve said. “I look disheveled, I look crazy, and I’m ashamed to be seen. It’s an incredibly alienating feeling. It’s little wonder we see such a high rate of mental illness because the sheer trauma of not sleeping, of being vulnerable, of not having walls, of not having protection, of being in constant survival mode, it breaks you.”