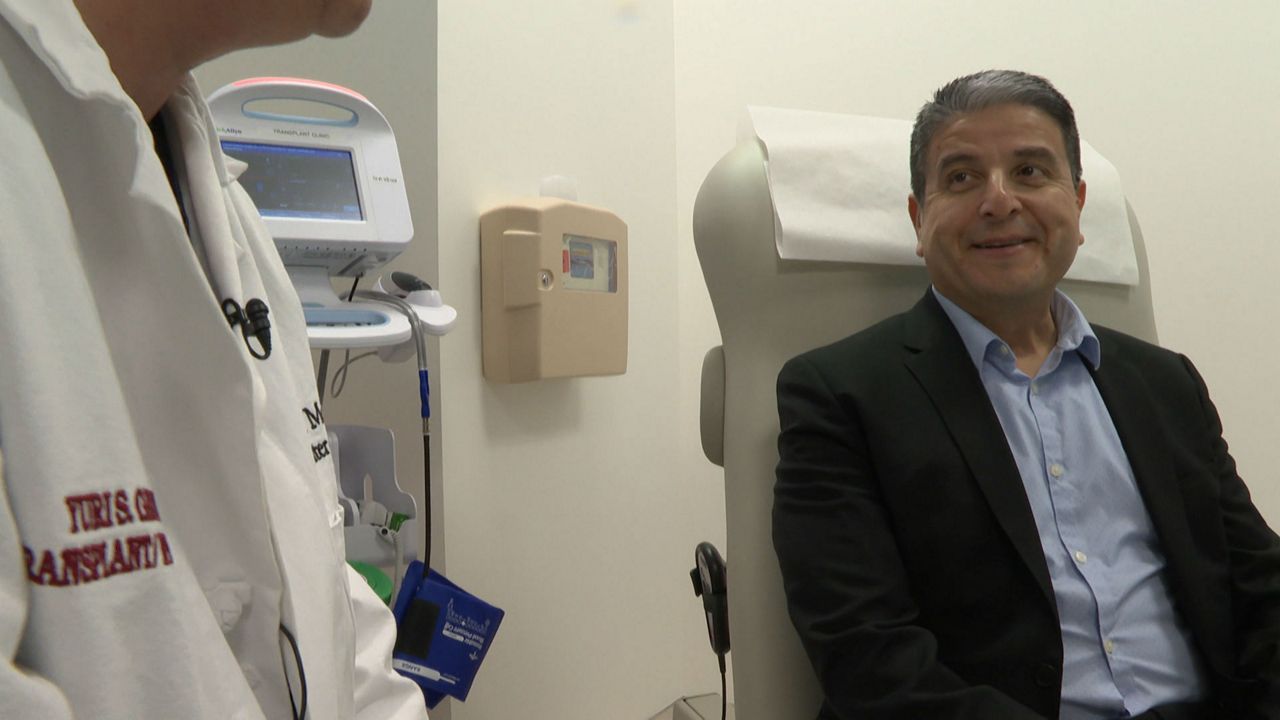 LOS ANGELES – There are more than 2,400 people waiting for a liver organ transplant in California, according to the data collected by the U.S. Department of Health & Human Services Organ Procurement and Transplantation Network.

That number is just a small portion of the more than 110,000 candidates nationwide waiting to have their life-changing organ transplant surgery.

A few years ago, Tony Herrera’s sister who suffers from lupus, was in need of a kidney donation. After speaking with other family members, Herrera wanted to help his sister by being her donor. Unfortunately, he wasn’t a match.

“When we went through the process, we were not a match. But, there was a program called the paired exchange program, where you donate to someone else so that you’re loved one could get a kidney and that’s the route that we took,” Herrera said.

As a kidney donor, Herrera became a part of the third largest paired exchange that benefitted 28 people in need of an organ transplant. From that moment, he was hooked. He learned more about the need for living donors for the University of Southern California Liver Transplant Program and decided to donate again. This time with part of his liver as an altruistic donor.

“You get a lot out of it and you do it because you feel it’s the right thing to do,” Herrera said.

Dr. Yuri Genyk is a surgeon and the director of the program. He knows all too well how donors like Herrera are rare, but needed. There are thousands of patients on the waitlist for a liver transplant and each year in Los Angeles about 200 patients die waiting, Dr. Genyk said.

“You have complete restoration of liver volume and liver function after a liver donation and that’s why this option of living donations is so appealing and appears to be relatively safe in the short and long-term,” Dr. Genyk said.

Herrera’s liver fully-regenerated in the months after his surgery. Recently, he got a chance to see the impact his initial kidney donation made on one woman’s life.

“As a result of my donation, she was able to see her daughter walk down the aisle, and to me? That’s very rewarding. It’s the gift of life. I think you asked me a question, ‘What would be my limit on how many times I would donate?’ It’s tough to say. But, at this point, if I had the opportunity to make another donation? I would absolutely do it again,” Herrera said.

Herrera is one of 47 people in the United States to donate two organs for two separate people, according to United Network for Organ Sharing. Now, he is hoping that by sharing his story, more people will be inspired to give the gift of life.