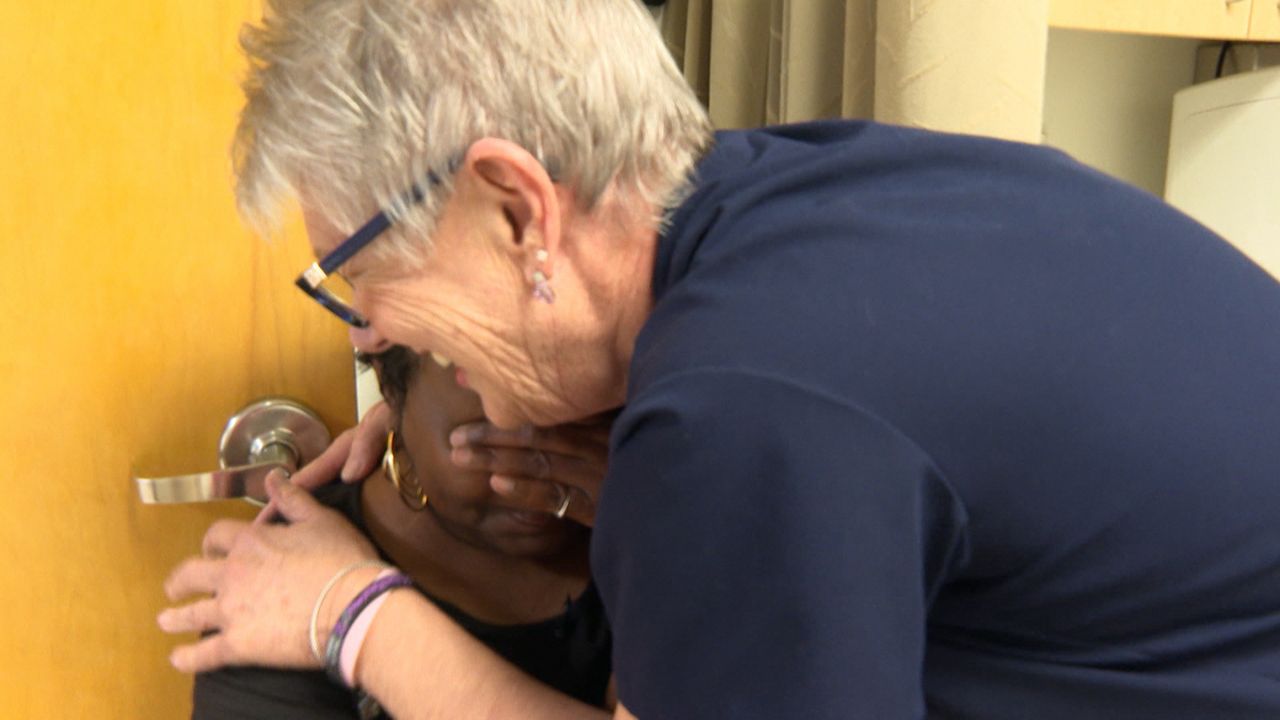 Nurse Who Works with Breast Cancer Patients Became a Patient Herself

LOS ALAMITOS, Calif. – October is Breast Cancer Awareness Month. A month with special meaning for a special nurse who is not only a big supporter for breast cancer patients, but also has knowledge that most other nurses wouldn’t have.

Four years ago, after a routine mammogram, she found out she had breast cancer.

“I thought to myself, well how can this happen? This is what I do for my job, for my living. And now I have breast cancer,” said Bidwell.

Within weeks of her diagnosis Bidwell had a double mastectomy. Chemotherapy started two weeks before Christmas of 2015. She never stopped showing up to work through her treatments. And patients like Cheri Dailey who was also diagnosed with breast cancer, could not be more thankful Bidwell kept working.

“Colleen had been through this before. So it wasn’t like she was being just clinical,“ said Dailey.

Dailey says she was comfortable asking the nurse questions, especially since she was also going to have to get a double mastectomy.

“She actually walked the walk. So it was so much easier,” said Dailey.

It was a fight Dailey says she couldn’t imagine having done without Bidwell by her side.

Bidwell says going through her own fight against breast cancer made her a better nurse. She says it was “an unintended good consequence from a horrible event.”

The nurse could retire but has no plans to stop working so she can continue to be here for her patients. And remind them of her personal mantra she wears every day on a necklace.

Engraved on the back of her necklace is, “Never give up.”

According to the Breast Cancer Research Foundation there are more than 3.8 million breast cancer survivors in the United States, including women still being treated and those who have completed treatment. In the U.S. in 2019, there will be an estimated 271,270 new cases of invasive breast cancer diagnosed in women and 2,670 cases diagnosed in men.

November 2 is the anniversary of Bidwell’s mastectomy. Every year she says she brings in baked goods to celebrate, and she’s figuring out what to bake this year.