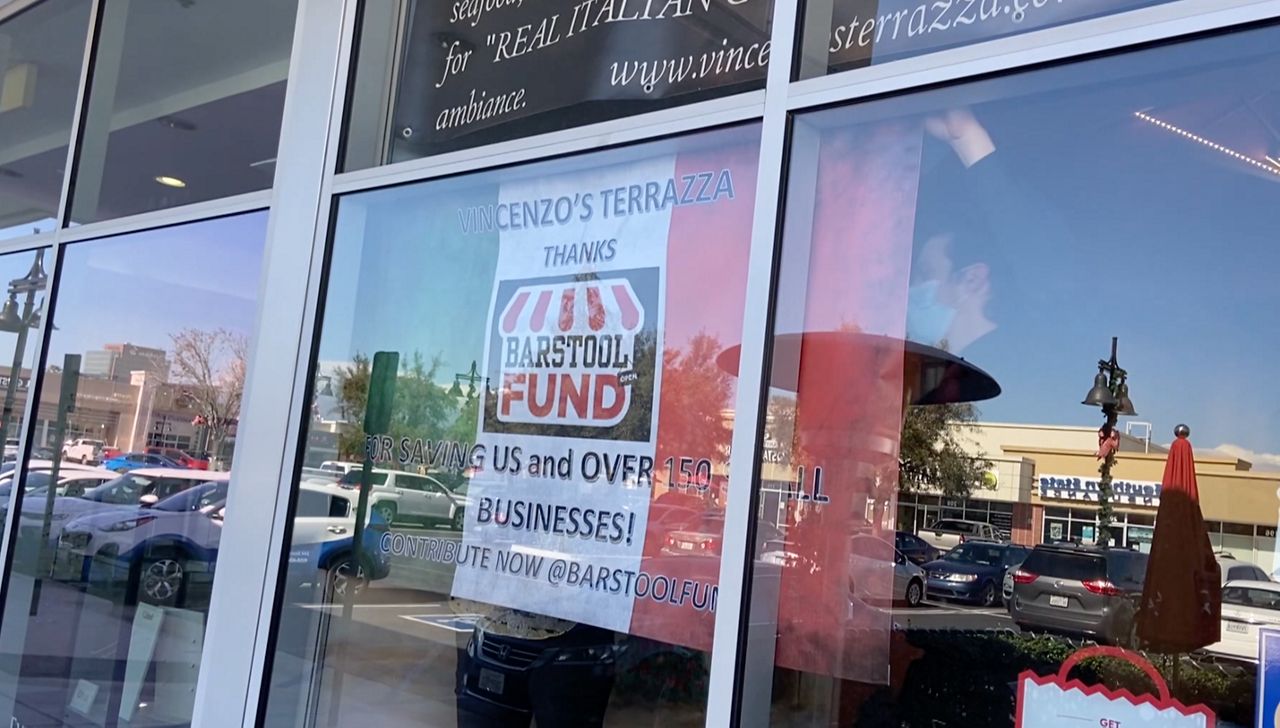 WEST COVINA, Calif. — A sad reality of the pandemic is the forced closures of many small businesses.

However, the entertainment media company Barstool is offering a helping hand. Their small business fund has raised over $34 million to date. A West Covina Italian restaurant has been a recipient of this national donation program.


Kathy and Anthony Carrano, owners of Vincenzo’s Terrazza, now see the light at the end of the tunnel and are back to serving their customers outside again. The mother and son have been running the restaurant since 2011 in honor of Anthony's father Vincenzo, who passed away just two weeks before getting to see his dream come to life.

“People treated him like family and he treated them the same, so they came here to support us and keep that going,” said Anthony Carrano.

The duo also received support from the Barstool Fund, a donation-based initiative aimed at helping small businesses get through the pandemic that was started by the company and its founder Dave Portnoy. Anthony follows the site and explained how he felt his restaurant fit the requirements to benefit from the aid.

"I also noticed that no restaurants in Los Angeles County had been helped at the time, which is crazy because we were one of the most restricted counties," he said. "So I felt like this is a chance to get our head above water."

So Anthony sent a video sharing their story and filled out the proper applications. He explained that asking for help is hard for any business owner.

“It does take a little bit of pride, but we had to, for our employees and for our customers to make sure we were here to stick it out,” he said.

Just five days after sending the video, Anthony received the call from Dave Portnoy. The FaceTime call was posted on the Barstool Fund Twitter account and gained over 200,000 views.


Anthony said they were asking for just enough to pay their employees and rent for the month. Now with outdoor dining back again, they're hoping to get out of debt and move forward. Without the donation, Kathy said they most likely would have been shut down today.

"Our lease was up," she said. "We probably would have been moving out this week and calling it a wrap. We gave it all we could. We were a successful business for seven years."

Kathy didn’t even know what Barstool was originally.

"I know Dave now, and I am very grateful to him," she added.

The fund has helped 220 small businesses around the country so far. Donations have come from sports stars like Aaron Rodgers and actors like Sylvester Stallone, but anyone can lend a helping hand.