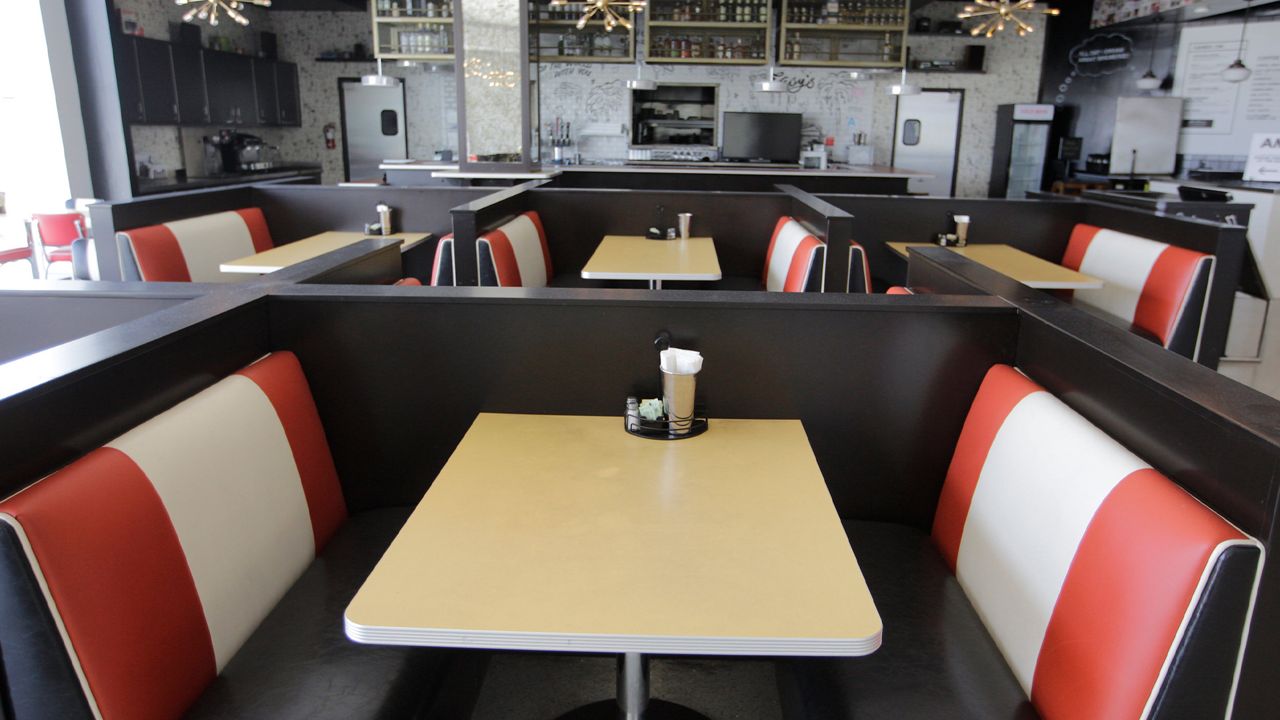 The Easy's restaurant is seen closed at the Beverly Center shopping mall in Los Angeles Friday, May 29, 2020. (AP Photo/Damian Dovarganes)

PLAYA DEL REY, Calif. — The pandemic has disproportionately affected small business owners who are struggling to weather what they call a never ending storm.

A chef and restaurant owner in Playa del Rey said she predicts the continual shutdowns will have lasting impacts on the restaurant industry as a whole.

"Never stop," reads the message painted on a mural just unveiled at Brooke Williamson’s restaurant, Playa Provisions as a show of solidarity. This is her last restaurant standing, her other three restaurants are now closed indefinitely, unable to sustain the continuous shutdowns.

“[The mural is] sort of representative of that driving ethos of the restaurant community and the struggles that we’ve been through this year and the determination and need for us to continue to push through for survival.” 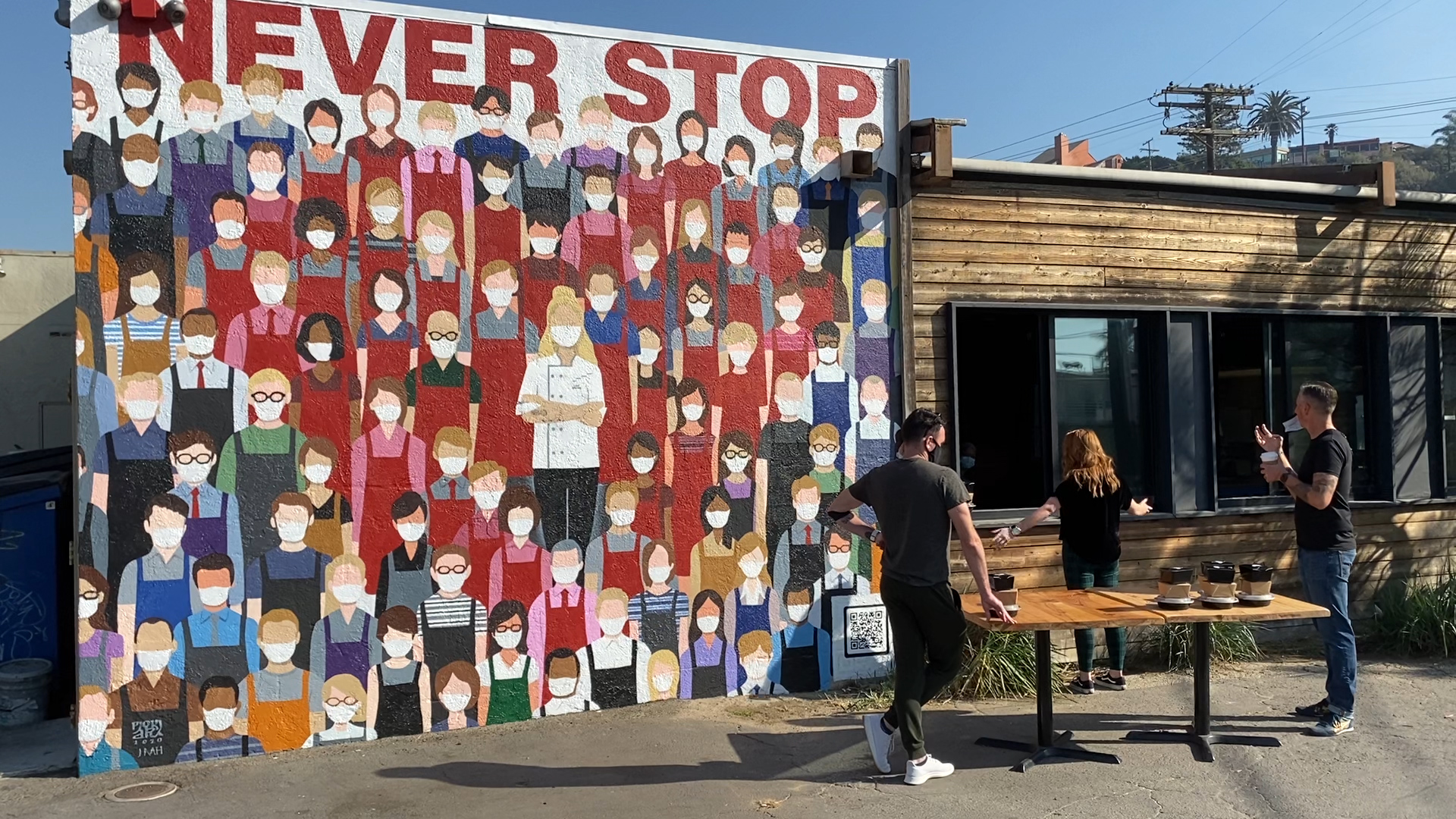 The chef and restaurateur is inside her patio at Playa Provisions in a bit of a quarantine before seeing her parents for the holidays. She says this year has been challenging for everyone, but her heart truly goes out to her staff.

Even in the restaurant that remains open, Williamson has had to lay off 80 of her 100 employees.

“To have someone look me in the eyes on Thanksgiving day as I’m telling them that I don’t know when I’ll have another shift for them, it’s devastating for everyone involved," she said.

Williamson says sales have plummeted 80% since outdoor dining was suspended earlier this month.

Take out and delivery just aren’t enough to keep her doors open, and now it’s only a matter of time before her bank account runs dry.

She fears that this pandemic will have lasting impacts most small restaurants won’t be able to bounce back from.

The restaurant industry has been anxiously awaiting another round of relief in a bill Williamson says is just sitting in Congress.

This year has completely shifted her perspective of success.

She’s won television competitions, Top Chef and Tournament of Champions, partnering most recently with Cadillac to make a short documentary on the strains of 2020. Yet still, her definition of success is now any way she can provide some comfort to others in need.

Her staff held a free food giveaway for people in the restaurant industry who were in need.

A Playa Provisions server and bartender, Lance Baird is grateful for this small act of kindness. He’s been furloughed for three weeks.

“We were always kind of scared of a second lockdown, it was in the back of all of our heads. I know I was working six, seven days a week just to save as much money as possible, cause I knew this was probably gonna happen,” he explained.

Now, Baird says he and the friends in his same boat are Doordashing just to make ends meet. What’s most unsettling, there’s no definite end in sight and Baird isn’t confident he’ll have his job back any time soon.

“It’s just really scary for a lot of people the last three weeks because no one can survive on unemployment alone," he said.

Williamson says they’re doing all they can for the employees like Baird, but every time she makes a plan, everything changes, seemingly at the drop of a dime.

If you ask her what’s next, she says, “It’s a waiting game and I have no answer for you, there are no plans because there is no way to make plans right now. I’m just trying to keep the last few employees that we have here right now.”

It's an industry pivoting and putting out fires, literally and figuratively.