EL SEGUNDO, Calif. — A global pandemic certainly hasn't slowed the business drive of renowned Chef Wolfgang Puck, but that doesn't mean his journey over the last year has been a cakewalk.

While some of his establishments are currently closed due to COVID-19, Puck remains proud of his teams' contributions in the last year and anticipates not only expanding internationally in 2021 but also opening two new restaurants inside The Pendry West Hollywood by March.


Puck described one of these eateries, Ospero, as "a mixture of a French bakery, in the morning especially, with an Italian osteria," plus a pizza oven to offer a variety of options. Merois, located on the hotel's rooftop, will be Asian-influenced and may even include dishes from such classic Puck restaurants as Ma Maison, where he first garnered Hollywood's attention. 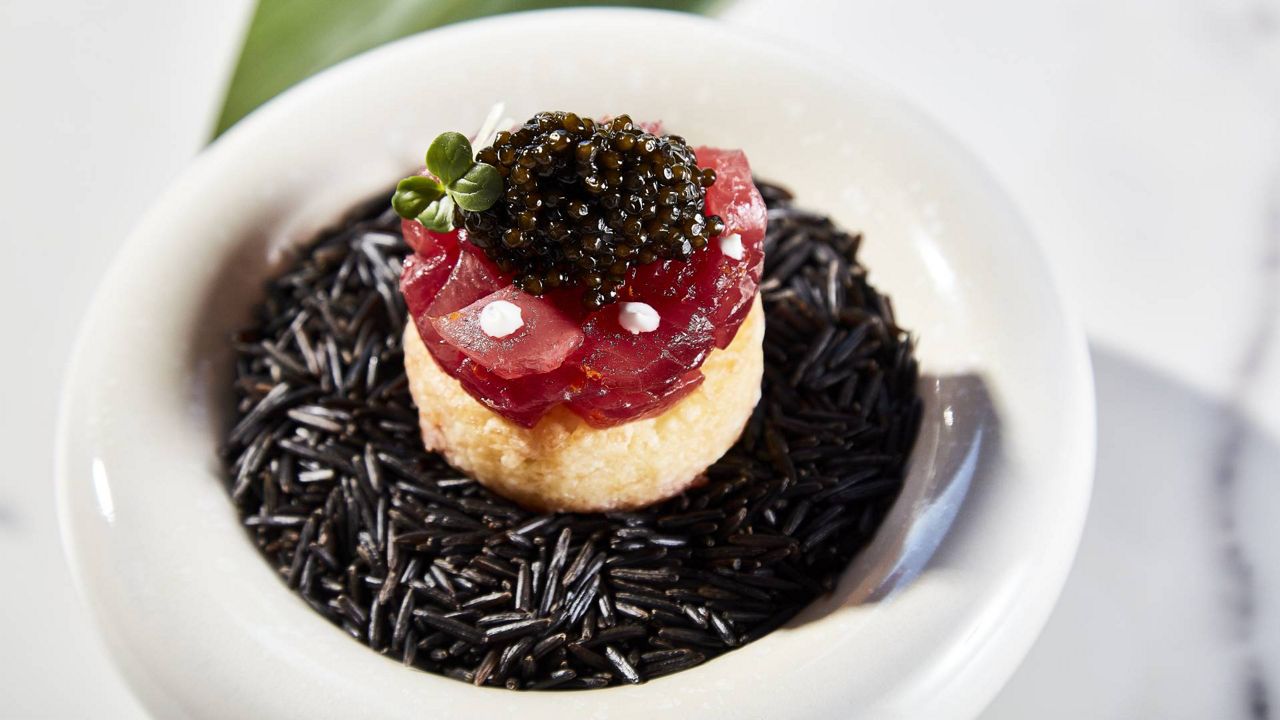 Speaking of Hollywood, every year for the last 26 ceremonies, Puck and his team of executive chefs have provided catering for Hollywood's biggest night: the Oscars. This year, however, they have no plans in place due to the pandemic.

"[Our catering company] is really suffering the most because there’s no parties, no movie premieres," he said. "We do small parties sometimes at home for 10 people, 15 people, but that’s it."

Today's challenging climate is not lost on Puck, and he knows the anticipated March 1 opening date for his two L.A. restaurants hinges on the city and county's regulations.

He said his well-known Spago Beverly Hills establishment has thrived during those months when the county permitted al fresco dining.

"We adapted," he said. "We only opened five days a week for dinner, and Spago did really, really well. I was surprised. We were sold out every day, because the people really want to go out. They want to be in an environment where they see other people and everything."

"We’ve certainly had to be creative, and I think that is a testament to Wolfgang," said Springer. "We decided that the rules that came out, the 20 pages of rules from the health department, were not oppressive. They were our ticket out of this. And so we embraced them." 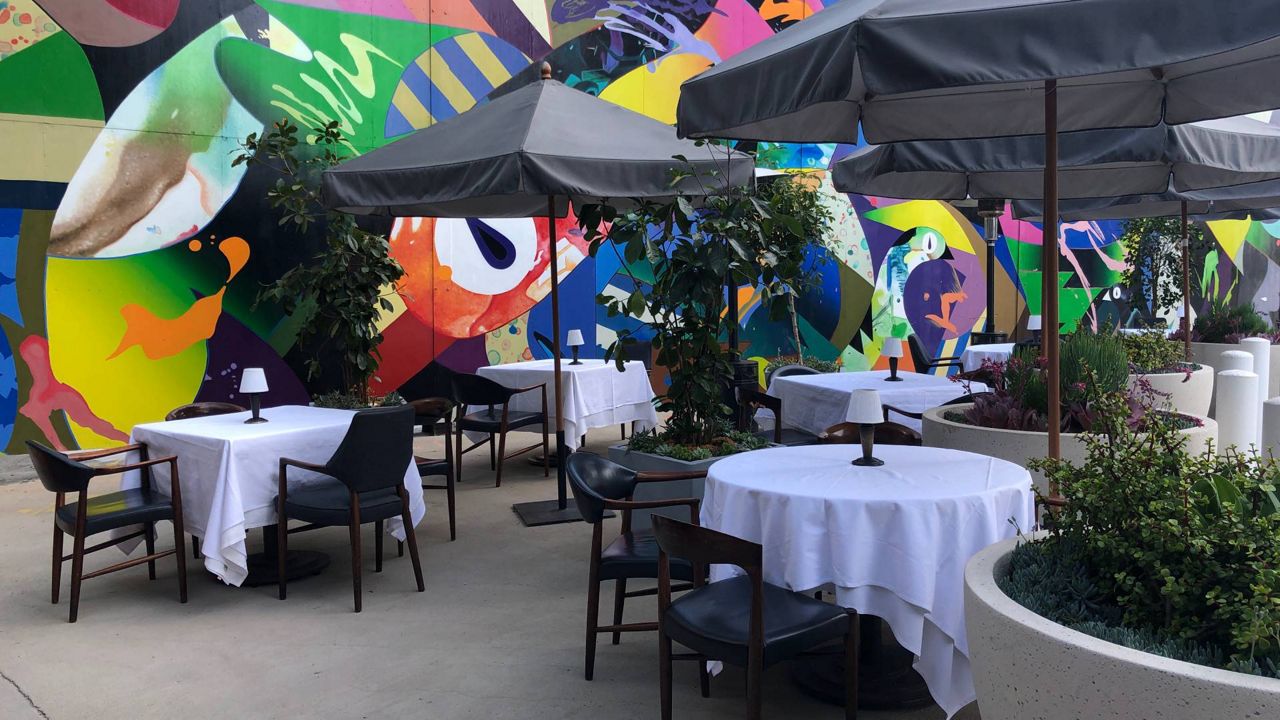 When L.A. County shut down restaurants again recently, Puck and his team were frustrated because, as Puck and Springer explained, Spago was able to provide a safe environment for its staff. Puck requires all employees to get tested every Friday, for example, and now feels the lockdown is working against the well-being of his workers.

"Don’t forget, the restaurant industry is the largest employer in the country after the government," said Puck. "So all our people who don’t go to work, they have to hang out at home. They have families. They have friends. They have relatives. What do they do? They get together."

“I think there was still a way to provide a safe environment and really be part of the solution," said Springer. "That’s what we wanted to do, we were doing. We were part of the solution. The numbers were going down for six months while we were dining outside. So we think that we made a really important contribution to maintaining the health and safety of the public, so I feel proud of that."

While his Southern California restaurants remain closed for dine-in, Puck's Maui and Las Vegas locations have stayed open part-time for dine-in, but that is always subject to change due to surging COVID case numbers. Fortunately, his Fine Dining Group has business overseas as well.

"In 2008, when the economy was really bad here in L.A. and Las Vegas, I decided to expand internationally," said Puck.

While his London and Istanbul restaurants are currently closed, Puck still continues to extend his reach, looking to open restaurants in Budapest and Hungary this year — and possibly even expand into Saudi Arabia. Puck is already established in neighboring Bahrain, which he said is currently doing well.

In the meantime, places like Spago Beverly Hills that are currently restricted to take-out and delivery need to keep their creative juices flowing in order to maintain a steady stream of business.

"We need to be able to react to this and be creative about how we respond and what kinds of experiences we’re presenting to the public," said Springer. "We started what we call the 'Spago Explores' series, so we are kind of taking our guests on, what I would say, is a mutual exploration to different places."

Puck said he hopes things will start to turn around by the fall but remains skeptical due to current events.

"Look how bad the government effort is to get vaccinations," he said. "They said by the first of January, we’re going to have 20 million."

Until the turnaround, Puck hopes that fellow restaurant owners can withstand the hardships with help from the Paycheck Protection Program, and that landlords won't act unruly towards the smaller establishments during the lockdown.

"You cannot ask a small restaurant to pay rent while they are closed," said Puck. "People aren’t going to dip into their life savings to give it to somebody who owns a shopping mall."

Meanwhile, Springer revealed a bit about the future of Spago once outdoor seating is permitted again.

"We have in plans, really since April, to build this giant pavilion outside [Spago] and close the street down," he said. "We think that that is a way for us to kind of COVID-proof our business, whatever happens."

Springer added that the sprawling outdoor tent has already been constructed inside a warehouse. They're just waiting on approval from the powers-that-be once al fresco dining reopens.

"We are optimistic," said Puck. "It’s only going to get better. We’re sure 2021 is going to see a big rebound, but I think it’s going to take longer than we think because of the way they are doing the vaccinations. Maybe in six months, they’re going to get a better way, but right now, it’s just very disappointing."