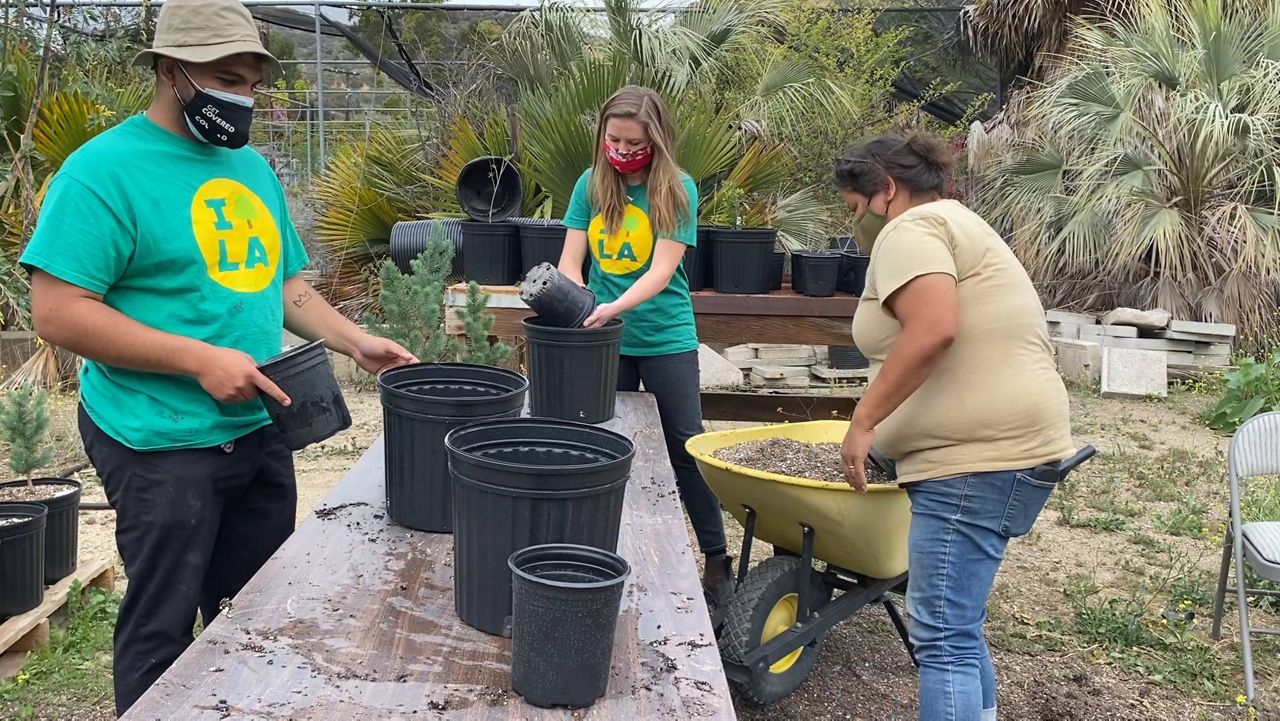 The Commonwealth Nursery was founded in 1928.

LOS ANGELES — Los Angeles' Griffith Park is well known for its spectacular hikes, the Greek theater and the Observatory. However, there is another historic but far less well-known landmark in the park — the Commonwealth Nursery.


Founded in 1928, the LA Parks Department ran the nursery, and millions of trees were grown on the 12-acre site. The trees were subsequently shipped out to different neighborhoods, parks and homes in the city.

Over the years, the nursery fell into disrepair following budget cuts at the LA Parks Department. Commonwealth Nursery staff were let go. For many years, the site remained untouched, and nature took its course.

The flowerbeds were soon overrun with weeds, trees toppled over and the large greenhouses began to collapse. Last year, several private and public organizations collaborated to bring Commonwealth Nursery back to life, and it is now thriving again.

One of those groups is City Plants, a nonprofit that works with the city and community groups, residents and businesses to coordinate tree planting in Los Angeles.

They hold free tree pick-up days throughout the city and, until now, have collected their trees from different nurseries around Los Angeles. But now City Plants has found a new home at the nursery, both to grow and store the trees they distribute.

Rachel O'Leary is the program director of City Plants and said it had taken many people to get the nursery back in working order.

"The beauty of this site is really the partnerships that are involved. City Plants is a tenet here thanks in large part to the Department of Recreation and Parks and all their hard work to revitalize this space," she said.

O'Leary added that she sees the site as an "11-acre jewel in the heart of LA."

Amanda Bashir works for the LA Conservation Corps, a program for young adults who work on environmental projects throughout California. Bashir, who also manages the nursery, brings members of the corps to Commonwealth as part of their training. She is excited to see what the future holds.

"It's a forgotten little hidden gem; I think it's such a cool area. It is kind of like a nursery ghost town, and I think the city knows and understands the potential that this place has — that is why they kept it. They could have easily bulldozed the whole thing down," she said.

Most of the trees at the nursery were planted at another location, but moving forward, O'Leary and Bashir intend to propagate seeds from trees in Griffith Park. "We have to think about the next generation of trees. We want to prepare for when the trees in the park are ready to go and provide the canopy we need for the urban environment," Bashir said.

Trees that are ready to leave the nursery are distributed through giveaways in different neighborhoods or delivered directly to residential homes.

"I have a big backyard," she said. "It's beneficial to have trees, and I think it's amazing we're getting free trees from the city."

At her home nearby, she picked out the perfect spot for the young new tree and began digging. Ayala first learned to garden from her father, who died a few years ago.

"I actually started grasping some concepts on how to garden and how to take care of plants because of him; it started at a young age," she said, adding that gardening helps her feel close to her father.

Once the tree was securely in the ground and posts had been put up to keep it in place, she gave it a long drink from the hose, "it's something to look forward to. It's like a little kid growing up, right?"

The new tree connects Ayala with her own family history, and now, her backyard is also part of the historic Commonwealth Nursery family tree, creating a greener future for her and all Angelenos.