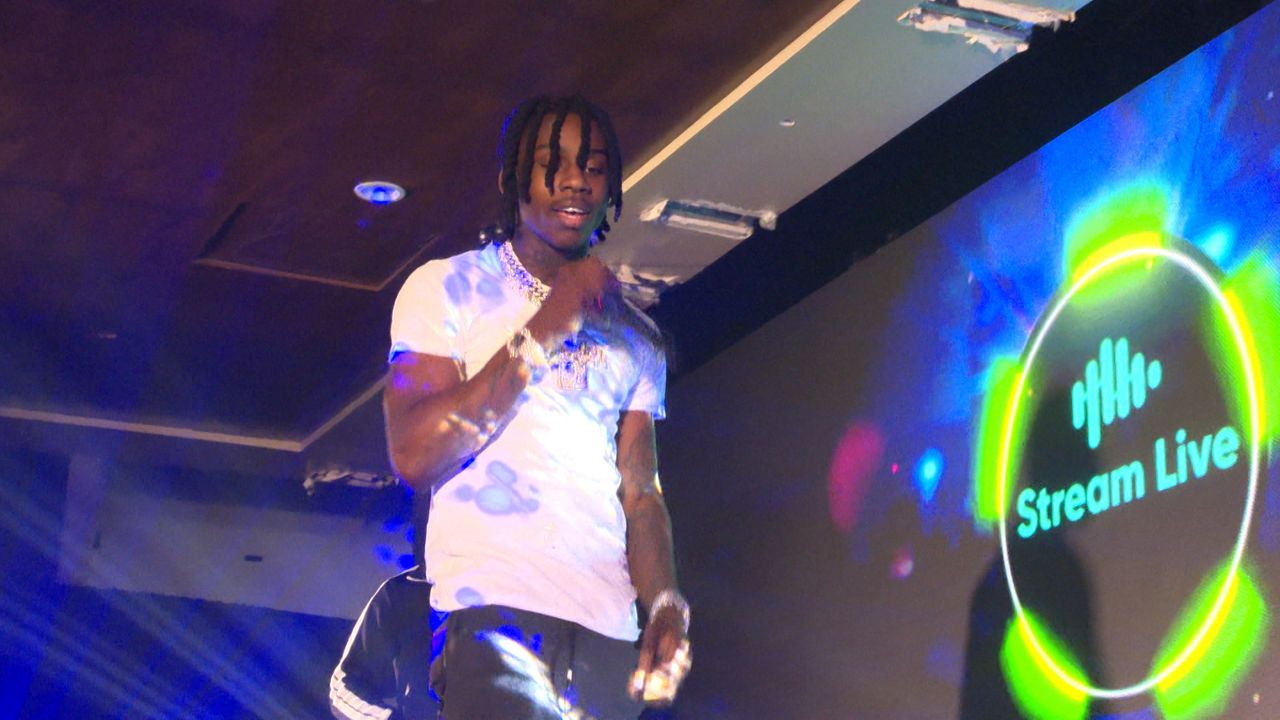 HOLLYWOOD, Calif. – In 2020, walking on a stage is a rare privilege for hip-hop artist Polo G. Before Covid -19 he was always ready to perform in front of his millions of fans.

“That’s just like one of the best parts of doing music, just being able to see the people who actually support you physically, see them, and hear them sing your song word for word,” said Polo G.

“That’s one of the best parts of the job.”

But because of the pandemic, artists like him have found a new way to take the stage. He is performing live at a new studio built in Hollywood, specifically for streaming. His fans are watching him live on Stream Live by Bendr, an app designed specifically for concert streaming.

“Just a way to still stay connected with the fans other than dropping music,” Polo G continued.

This app and studio space were the brainchild of Kyle Massey. Many may remember him as Cory on the Disney sitcom, That’s So Raven. But now he’s all grown up. He and his team had the foresight to start streaming concerts well before the pandemic.

“We’ve had a lot of success doing artists live in person. We did one in Australia. We did Migos in Vegas,” said Massey.

“We want to bring celebrities to the fans to the point you feel like you can touch them right to the glass.”

While we are still dealing with coronavirus, it’s giving performers like Polo G a chance to do what they love.

“Just another day at work for me at the end of the day, whether there’s no crowd, five people, whatever the case may be, it’s the same thing to me,” the rapper said.

To download the stream live app, you can visit streamusic.com