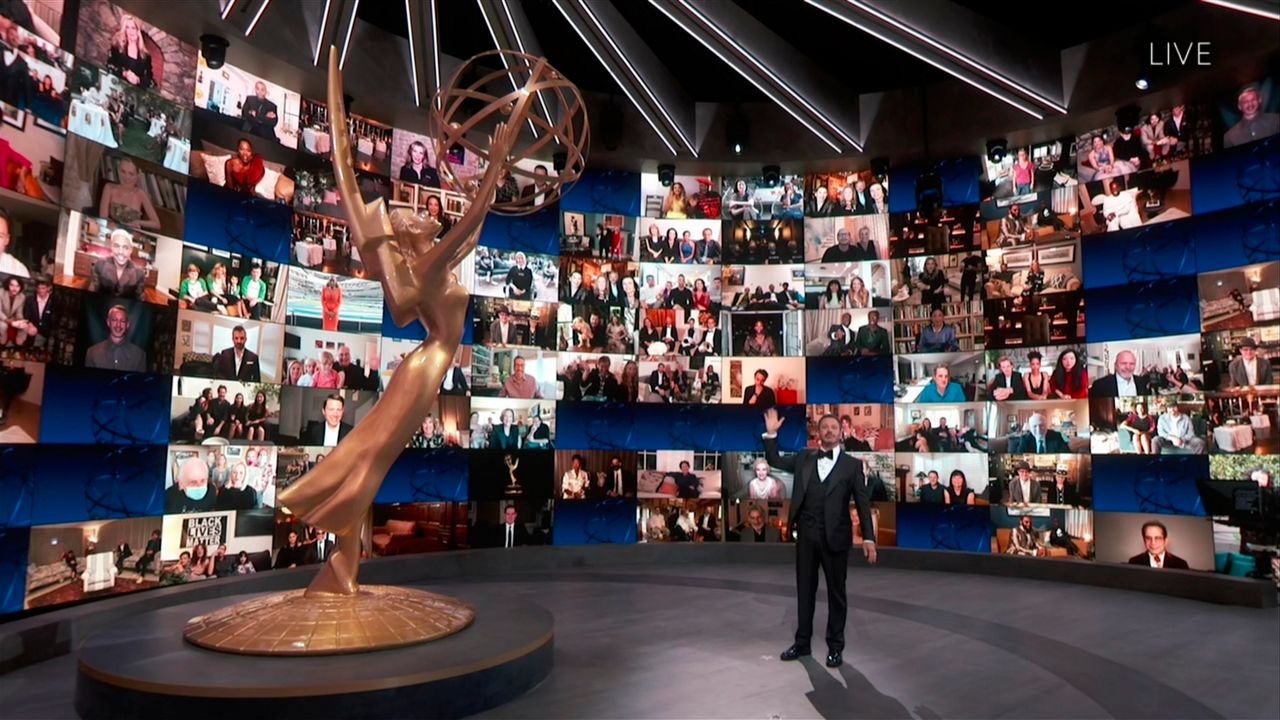 2020 Virtual Emmys Go off Without a Hitch

LOS ANGELES — In a year like no other, the Emmys celebrated the best in television and streaming virtually. Celebrities joined from all over the world from places like Los Angeles, New York, Berlin, and Tel Aviv.

Hudlin said the creation of the show was full of grand ideas, some too grand, but the ones that stuck were pulled off without a hitch. One constant, other than good WIFI in everyone’s homes, was talk of how the pandemic has changed or impacted the lives of everyone.

It’s been a year full of heartache and angst for so many, but comedy won out the night as Schitt’s Creek became the first comedy series to sweep all the comedy categories.

The virtual ceremony was seamless, and it could be used as an example to follow for the Golden Globes, SAG Awards, and the Oscars next year.

“We all learn from each other. In the six months or so we’ve been making virtual programming, we’ve learned from others and others have learned from us,” Hudlin said.

A lesson learned this year: Distance has made our hearts grow even fonder of television.