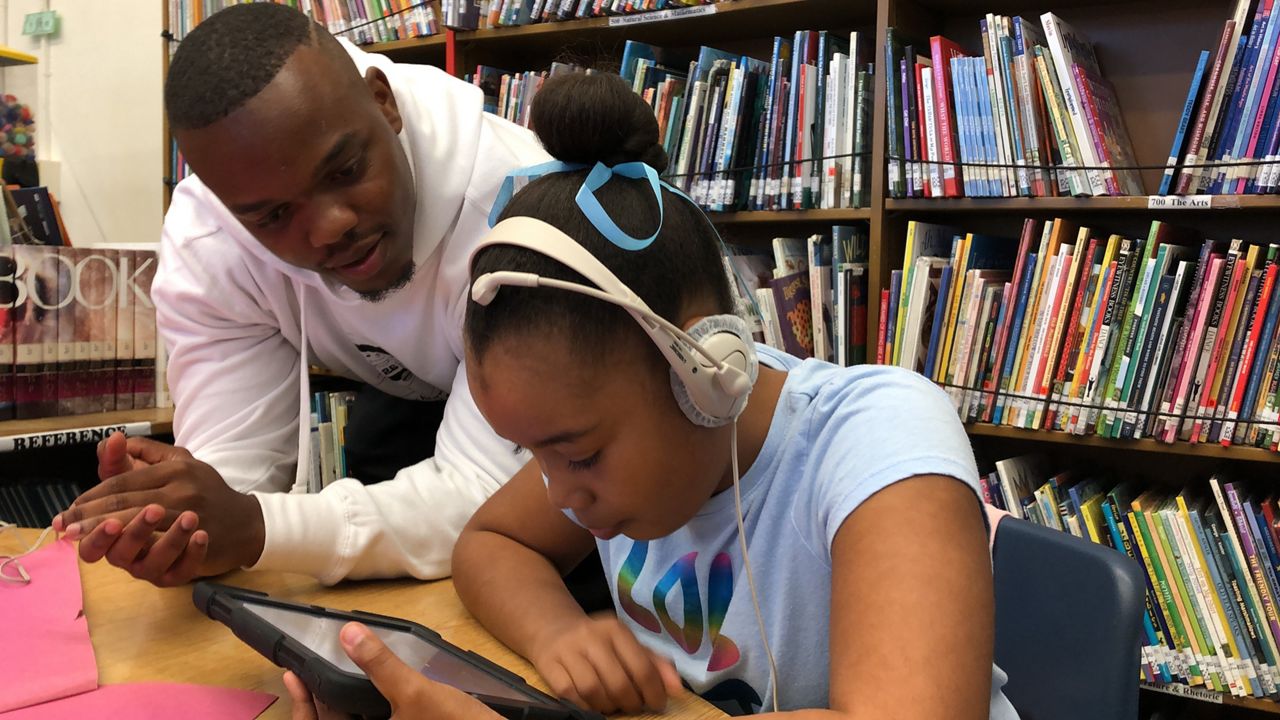 SOUTH LOS ANGELES — Getting tackled by students is something that Sylvester Ani has gotten used to. He played football growing up, but now the 25-year-old has devoted his life to service to others.

Those pivotal moments in life have profoundly affected the way he lives his life. The Cerritos native works full-time as a caretaker for those with autism and traumatic brain injuries, as well as working on his psychology major at Asuza Pacific University. As if he didn’t have enough on his plate, he was also motivated to volunteer at 59th Street Elementary.

“Nipsey is my motivation, trying to continue that work, I don’t have money like that but we can still do things in our communities but we just need to make the time to go and do it,” Ani said.

Time is on Ani's side, as well as some help from Digital Dragon, a Santa Monica based technology school that put together an hour of code event for the school.

The Hour of Code is a global movement reaching tens of millions of students in 180+ countries. Anyone, anywhere can organize an Hour of Code event, but it also takes place collectively during the yearly Computer Science Education Week each December.

After every class, Ani gives out T-shirts and a personal letter he wrote for the kids.

Right now the kids are programming in Minecraft and using the computers to write code instead of just playing games they are learning. They are using a series of blocks to solve puzzles.

“Read this with you parents alright, I want you to have fun with this, for your future, coding, programming, things that you can do to take care of your family OK, and its on us to go ahead and create a safe space for you to go ahead and do that,” said Ani.

Ani's heart for youth is as authentic and real as they come, and goes to show one person can pay it forward ten fold.