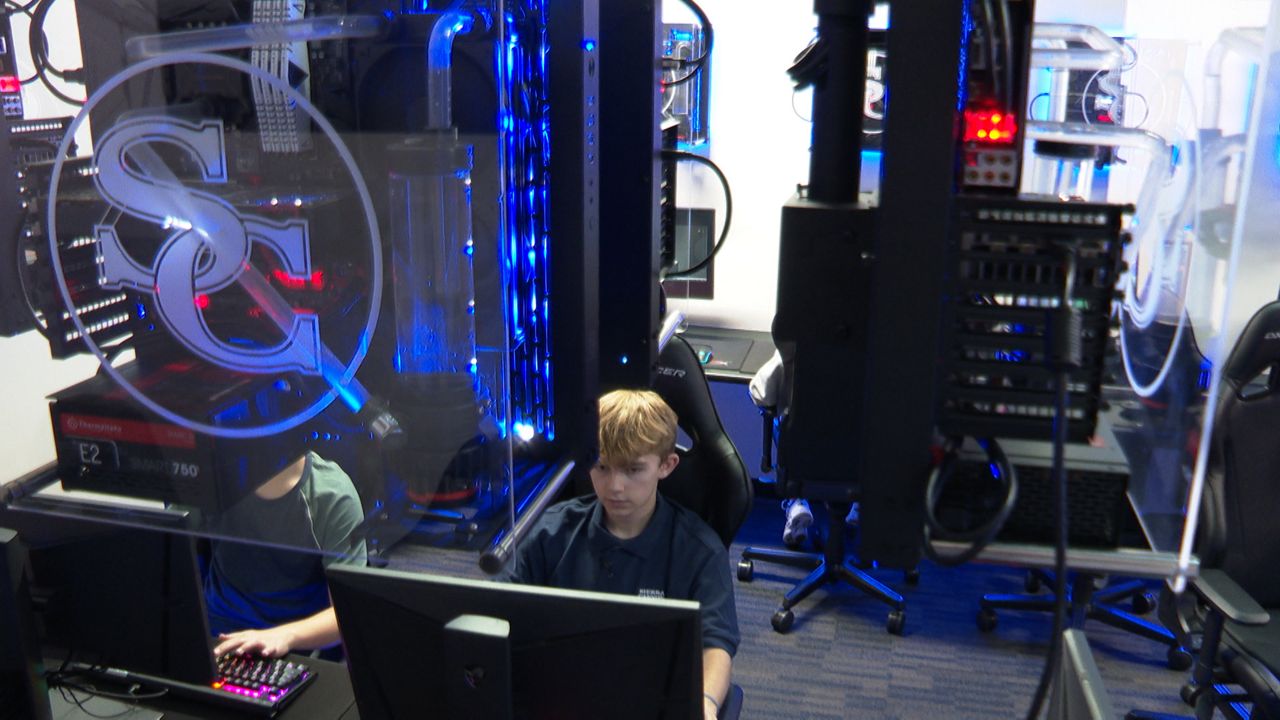 CHATSWORTH, Calif. - Over the last few years eSports have taken the world by storm and if you have a kid in high school, it's likely they're into the world of gaming on some level.

In a small classroom at Sierra Canyon in Chatsworth, students don't have to worry about the teacher looking over their shoulder checking to see if they're playing Fortnite.

That's because in there, it's encouraged.

It's all thanks to the 16-year-old student gamer John Branca IV, who had the idea for this facility to be built.

“Definitely makes school a little bit more interesting. It's a bit of a deviation from traditional academics," said John.

Or so he thinks.

The sophomore gamer is one of the best in town, as he recently took first prize at the High School eSports League Fortnite Regional championships.

It's his love of gaming that convinced his dad to give a half million-dollar endowment to the school to create the “Branca Center for Technology and eSports”.

“Putting this dream together and having the center and the team just sort of shows that we're at the head of our game.  We're the first ones in this area to do this,” said John.

The head of school Jim Skrumbis, said that he was a bit hesitant at first, but after seeing John's passion, as well as the other applications for a lab like this, it was ultimately a no-brainer.

“The notion that he brought to the table was, 'here's a STEM opportunity. Here's an opportunity to take children's and kid’s passion these days and mix it with all the science and technology that comes with gaming, the engineering the coding.' Which we do a lot of around here.”

Especially with schools such as UC Irvine offering up to $4,000 per year in scholarship money to play college eSports.

For John, going pro, while not the goal, would be pretty cool.

However, for now leaving a lasting legacy on the school is good enough.

“It's pretty cool that I get my name on the wall permanently, that I get a whole room named after my family,” he said.

While they may be games, by funding this new eSports lab, Sierra Canyon is definitely not playing around.