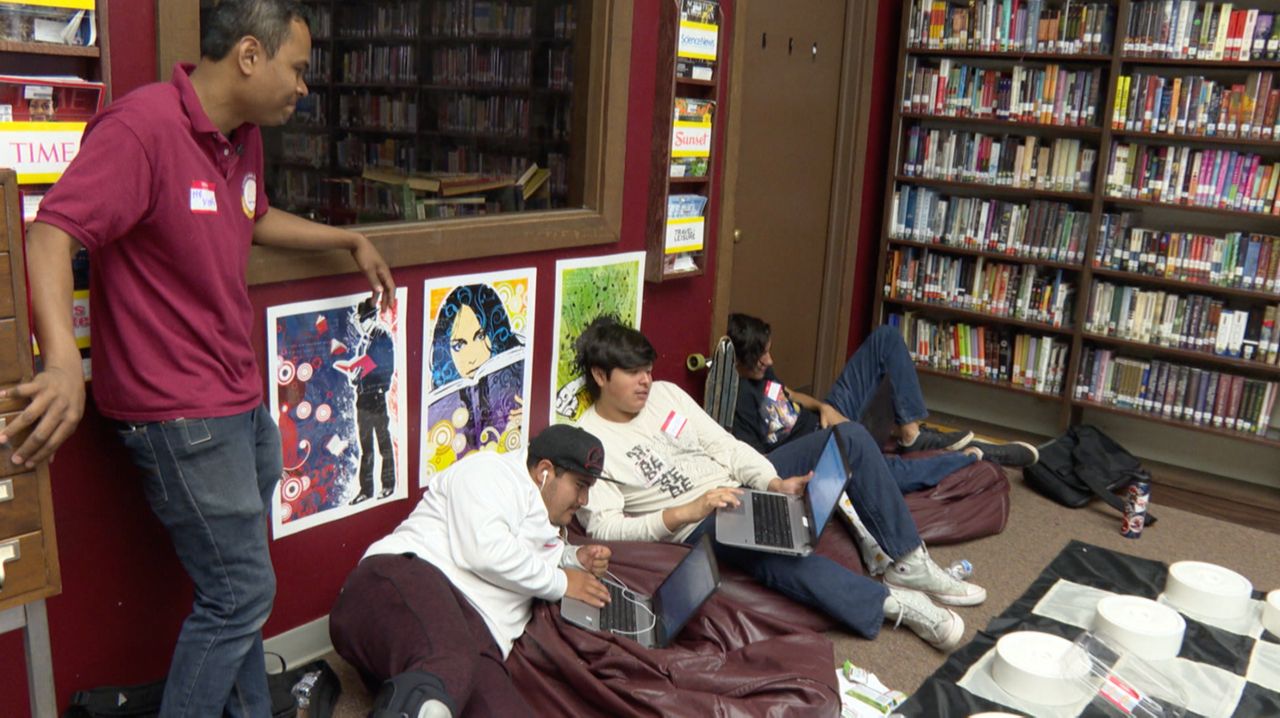 Last year, he took his first computer programming class. Actually, it was the first coding class Wilson High School has ever offered. As with anything new, there’s a learning curve.

“With this code I got so frustrated. There was one day I got frustrated at home and I slammed my mouse on the table and the laser broke so I had to replace that,” said Josue.

On the last day of his spring break, Josue is back in school. He and his friends are competing against eight other teams to create a video game from scratch. The teammates are using everything they learned last year and this year in advanced placement computer science principles.

No one is more surprised a bunch of high schoolers are choosing to spend their free time in school than their teacher, who taught the school's first computer science class, Sopath Kong.

“It’s insane to me. As a high school kid I was like, 'I never want to do that. I don’t want to be at school when I don’t have to be,' but it shows that the kids love this,” said Kong.

They started the coding competition at 7:00 a.m. Teams began presenting to the judges at 6:00 p.m. the same day.

The judges are real life programmers. They evaluate the groups based on things like functionality, looks, and wow factor of their finished products.

Codethon happening now @LBWilsonHigh. Do you know any kids who would spend the last day of spring break in the school library? pic.twitter.com/kPCUYrSYPH