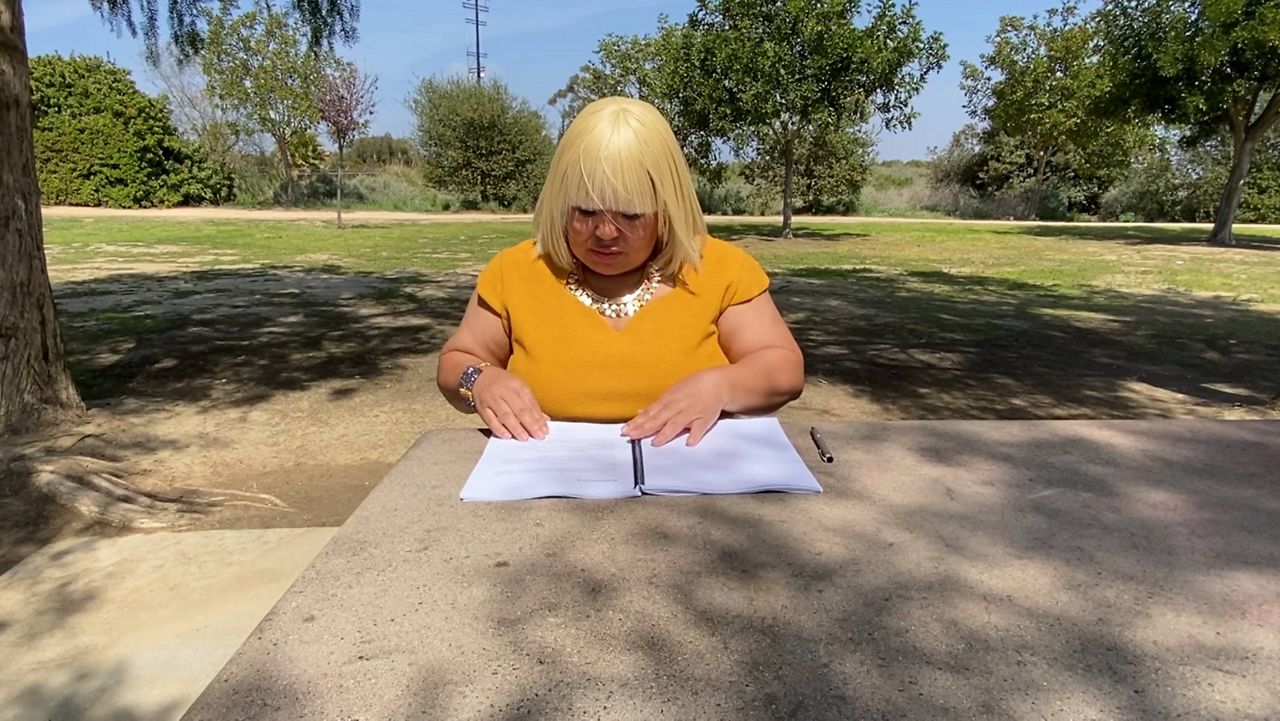 COMPTON, Calif. — Five years ago, Georgia Horton was released from prison and ready to rebuild her life after serving 25 years behind bars.


“I was mentally, physically abused as a young woman and it winded up with me stepping into the life of prostitution in the streets,” Horton said. “So that life was what led me to get incarcerated with a life sentence.”

Several years into her prison sentence, Horton discovered her calling in life: evangelism.

She preached behind the walls and later, started motivational speaking. Both of those talents helped her generate income after she was released, allowing her to get back on her feet but then the pandemic hit.

“A lot of my speaking engagements got cancelled and so it really put a dent in my finances, not being able to pay bills,” Horton said. “I had just launched my ministry.”

In January when Horton received funds through a program called Compton Pledge, she was in disbelief. It gave her a chance to survive, pay rent, and even buy a laptop so she could participate in speaking engagements over Zoom.

The Compton Pledge is a universal income pilot program, giving 800 randomly chosen Compton residents as much as $1,800 every three months with no strings attached for two-years.

Los Angeles native and program director Nika Soon-Shiong worked with Compton Mayor Aja Brown to launch the program last fall. The hope is to learn how extra money can not only provide stability but also help people escape poverty.

“What does this mean in terms of access to healthcare? What are the impacts on psychosocial wellbeing? These are all questions we are specifically looking into,” Soon-Shiong said.

Private donors fund the program and so far, data shows participants are using the extra money to improve their lives.

One key component to building the program was establishing trust with recipients, especially in a community where a lot of racial injustice and other inequities occur according to local thought leader Amen “Principal” Rahh.

“I wanted to be part of it, to build that trust and ask the question for those who receive it,” Rahh said. “Will they need to show their social security number? Will they need to, like, what is really involved?”

Soon-Shiong said her team also took into consideration things like how best to distribute the money in a dignified manner — whether it was through a direct deposit or check or debit card — and ensured quick, reliable customer service.

“I think it is really taking seriously the idea that this is a revisitation of our entire welfare system and so I would hope that our pilot and the data from it and way we implement it informs that,” she said.

For Horton, the extra money helps move her life forward.

She recently finished writing a book about how to deal with economic trauma and she wants to open her own center one day to help people overcome serious hardships, much like she has.

“Let’s pour into our own people and into our community,” she said. “That’s hope.”